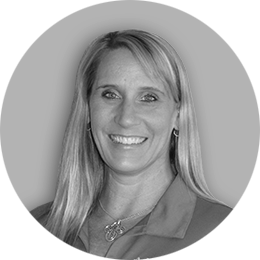 Charlene grew up in an off-roading family, enjoying annual trips to Dumont Dunes, the Rubicon and other iconic off-road destinations. Charlene's first job was changing dirt bike tires at a motorcycle shop in Northern California.  She worked upper retail management at multi-line Powersports dealerships for 11 years and in magazine media for 4 years before founding Bower Motorsports Media in 2009.  In just nine short years she has built a media empire using trending media and communication platforms supplying the backdrop for some of the most successful racers, events and companies in the 4x4 market. Filling needs, she has built brands that include the online talk show Bower Power Hour, Race Team Store online marketplace, I'm Not Just A Girl clothing and jewelry line, Ladies Offroad Network website and events devoted to women offroaders, and Offroad Marketing School for online education.  Charlene doesn't spend all of her time behind a desk, she's actually a dirt bike rider, hard core wheeler, and the only female member of the Arizona Undertakers 4x4 club. In 2014, she earned the title of "Fastest Girl Up Backdoor" at the King of the Hammers Backdoor Shootout.  With different contest winners in her co-driver seat in 2015, her team took 2nd in RallyVenture and in 2016, they placed 1st in the Rebelle Rally and 2nd in the Pro Class at 36 Hours of Uwharrie.  Charlene has been recognized by BFGoodrich Tires as one of their Performance Team Members, and was recently voted by peers as an Off-Road Motorsports Hall of Fame Industry Rising Star. In 2017, Charlene obtained her training certification from the International 4-Wheel Drive Trainers' Association.  In 2018, Charlene continued her education path earning her Wilderness First Aid certification.

On Friday, you will attend FOUR seminars of your choice in addition to ONE required seminar that everyone will attend. The seminars are built around various aspects of offroading. We encourage you to attend one where you feel confident in knowing most of the information and can sharpen your skills and then, step outside of your comfort zone and attend seminars that push you to try something new or attack a skill you have always wanted to learn. All of the seminars are hands-on and may be outside or inside, depending on the topic.

Convention Registered Guests will receive an email that allows them to choose a seminar per spot.

BELOW IS A SAMPLE

BELOW IS A SAMPLE OF SEMINARS THAT YOU CAN ATTEND - MANY MORE WILL BE ADDED FOR THIS YEAR!!
SPECIFICS, HOSTS AND OPPORTUNITY TO SCHEDULE WILL BE AVAILABLE IN JULY.

*Mandatory* Use a WARN Winch, Hi-Lift Jack and Pull-Pal.  Understand the theory of recovery and how to utilize additional tools to be successful.  Taught by certified I4WDTA trainer, Michael Morrison.

*Mandatory, Must have taken 101* Take what you learned last year to the next level! Use a WARN Winch, Hi-Lift Jack and Pull-Pal in more extreme situations.  Taught by certified I4WDTA trainer, Michael Morrison.

*Mandatory, Must have taken 101&202* Take what you learned last year to the next level! Use a new tools in more extreme situations.  Taught by certified I4WDTA trainer, Michael Morrison.

The Basics of Welding 101

Want to learn more about welding, different metals, and the business behind it? In this seminar, you will have the opportunity to understand all the different types of welding. Taught by a nationally recognized and sponsored woman welder, Cora Jokinen.

Ever wanted to learn more about wiring, the hands-on how to's?  This is it!  Strip wires, use butt connectors, learn about grounds, and more.

Ever wanted to really talk through what tools are important and how they work? Or understand what you need in your tool bag? Oh, did I mention you get to use a power tool?!

*MUST Take Welding 101 First* **LIMIT 10** Want to throw down some welds? This will be a helmet on class that will allow you the opportunity to learn how to weld.

Do you love to camp and want some additional options for outdoor cooking? In this seminar, you will be making us all a snack! Utilize different techniques and talk about different recipes. Also work through logistical scenarios with packing food.

How to go Overlanding

What is Overlanding? Is it for me? What will it cost? Do I have to give up everything in order to hit the road long term?

Want to be a leader in the offroad community?  This is a great place to start to check down the list of responsibilities.  Topics covered will include TREAD Lightly! principals, hand signals, how to lead a group and more.

**LIMIT 10**  Do you want to learn how to use a compass and read a topographical map while offroading? Do you want some tips on how to plot points like the ladies in Rebelle Rally?

Do you want to learn more about taking pictures and videos while on the trail? During this seminar, you will learn how to frame a picture to get the best angle and view. In addition, you will learn how to write an article that properly expresses the event, trail ride, or experience that you can submit for publication. Taught by a offroad marketing business owner Rachel Speir.

Do you want to help your local club open trails?  Understand the process from start to finish, including permitting, process work, layout and design, grants, and the exciting moment of opening!

How to Back Up a Trailer & Maintenance

If you haven't backed up a trailer before or need some practice, this is your chance! You will learn the tricks to backing up and how to use your mirrors. You will also learn about trailer maintenance. Taught by Charlene Bower!

So, you want to race?! There is so much more to it than just showing up for the race on Saturday.  Understand the physical, mental, emotional, and business preparation that goes into a successful race team.

Are you a business owner or hold a high ranking position within your company? In this seminar, you will meet other ladies similar to you and discuss ideas and challenges regarding careers and business. There will be a list of topics and a time frame for each to keep the conversation moving.  Led by Charlene Bower.

As we get closer we will fill in all the information about the different seminar hosts... 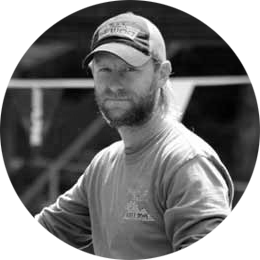 I4WDTA® Master Trainer
In addition to being certified by the International 4-Wheel Drive Trainers Association, Michael Morrison is a Tread Lightly trainer and manager for 36 Hours of Uwharrie. He is also the director of recreational training and events at Overland Experts. 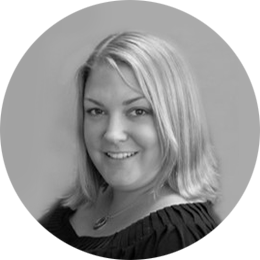 Cora Jokinen is a former sponsored rock crawler for Aussie Locker, made by Torq-Masters Industries Inc. In 2014, Cora acquired Torq-Masters and is using her background in design to create innovative new products. After discovering a love for welding during college, Cora bought her first Miller welder and the rest is history!