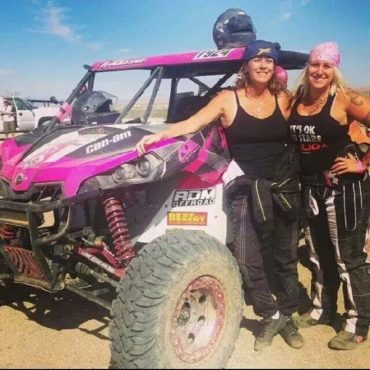 I grew up playing off-road… I had dirt bikes and snowmobiles as a kid growing up in Iowa. However, a career as a nurse led to a move to Arizona, where I met my husband, Eric. He introduced me to riding quads in the sand dunes. We are both competitive, so it became a game of him trying to out-ride me and me trying to keep up. I didn’t want to get left behind, so I learned to ride fast! 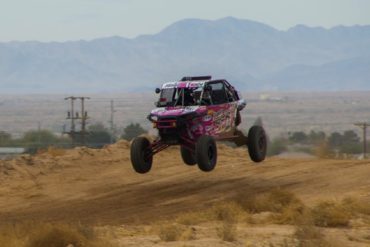 Then came the Side X Side revolution. As soon as the Rhino was introduced, we bought a couple. It was a totally different experience driving one of those in the sand, so I elected to let Eric drive them and I stuck to riding my quad. In the meantime, we opened Rockstar Customz, an off-road fabrication shop to fuel our passion for playing in the dunes. 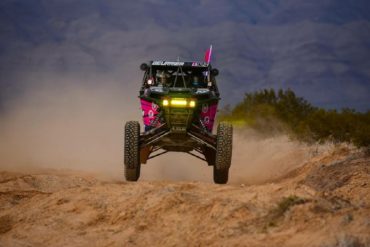 One day a copy of Dirt Sports Magazine came in the mail. The magazine had an article about an all-women’s off-road race in Barstow, California, to benefit breast cancer research. We had a Yamaha Rhino that was almost race ready and I asked Eric if I could enter this race. Ever competitive, Eric made a challenge of it and said if I could raise enough money to cover the entry fee (which was then donated to the Cedar Sinai Breast Cancer Research Center), he would finish building the car to meet race specs. 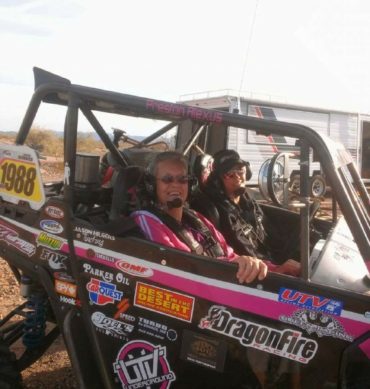 We had just 2 weeks to make it happen! Being an RN, I thought that raising money for breast cancer and off-road race were the perfect fit for me! I solicited many of our vendors for the shop and local businesses and raised enough money to cover the entry fee with a little left over to donate to the cause. There really wasn’t any learning curve for me, the novice UTV racer, though. Since I was not all that comfortable driving the Rhino, it was really my first time in it when we took the starting line! The seat was too far back and I couldn’t even reach the key switch. 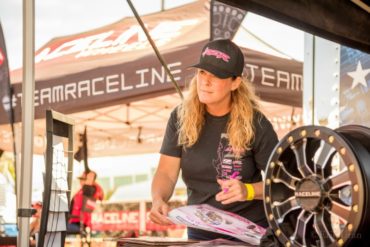 Despite the blind rush to go racing, both me and my husband had a blast. We rolled over on our side, got a flat and still finished in 4th place out of 10 ladies! We were then absolutely hooked on desert racing! However there were no Powder Puff classes in the Best In The Desert series, but that didn't stop me. 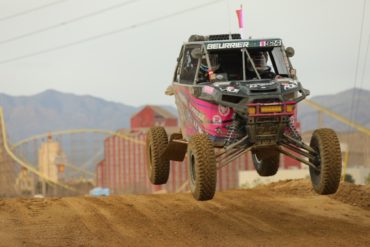 I raced my first BITD Pro race in 2009 and finished 4th place racing against all men. The guys asked Eric what he had done to the car to make it so fast. “Nothing,” he told them. “She’s just fast!” 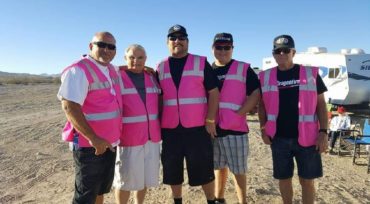 GOING PRO WITH POLARIS
In 2010 the team purchased its first Polaris RZR 800. We raced two BITD seasons, winning every race we entered in the Sportsman class and finishing in the top 5 of all the UTVs. We stepped up to a RZR 1000 in 2015 and won the BITD Unlimited Pro Championship. We also finished 2nd in points in the BITD Production Pro 1000 class in 2016 with the same car. 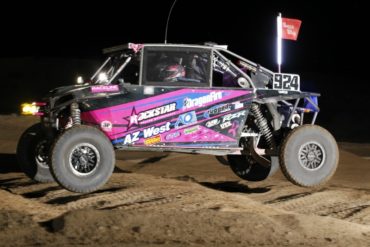 Along the way, I picked up 3rd in the inaugural UTV World Championships, 3rd in Laughlin Desert Challenge, as well as being 3x Baja 1000 finishers and 3x Mint 400 Champions. We are now racing in the UTV Production Turbo class as part of the Polaris team in BITD, and just won the San Felipe 250 in the UTV Unlimited class in SCORE. 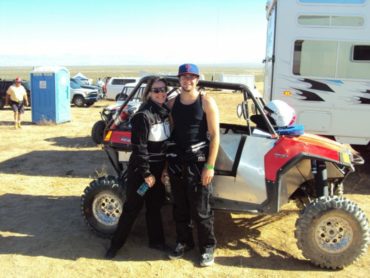 I owe a lot of my success to my husband and son. Although Eric is crew chief and son Trevor is now racing himself, they are still #1 fans and wrench spinners come race day. They are the very best crew in desert racing! 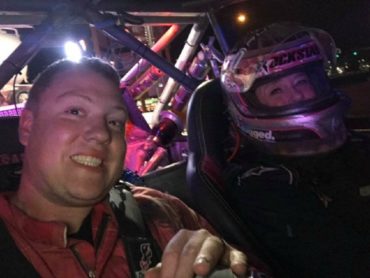 IN THE BEGINNING
When I started racing BITD, there was only one other woman who had raced a side x side.  The year we got serious (2009) I was the only female side x side racer in the series. Now there are several fast females competing in the series, including Kristen Matlock, Maddie Wedeking and Sierra Romo. They have a ton of talent. I like to think that I had a small part in inspiring them to come out and race… It isn’t easy being female in this sport, but it sure is fun seeing the look on their faces when we beat the boys!
Although it has been 11 years, I am still as passionate as ever about racing for a reason. It’s been 11 years of fun and I can’t imagine doing anything else when I’m not saving lives! We also continue to raise money throughout the year for breast cancer awareness and research. It’s where we started, and it is still dear to our hearts. See you all in the desert!