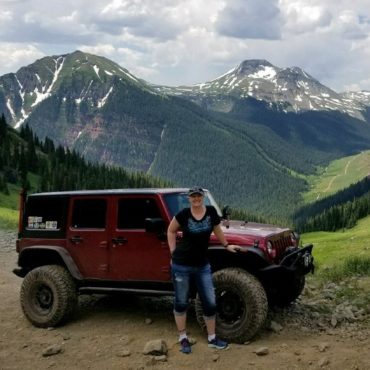 I’m new at this. I’ve had my Jeep for 8 years, but I’m new to the offroading world. I didn’t actually start pushing the limits with our Jeep until the last few years. Up until that point I had filled my time riding motorcycles. 16 years ago my mom convinced me to take a motorcycle safety class with her. From that, my husband and I gained a lifelong joy. It’s amazing to see more women riding than there were back then. Finding proper riding gear was next to impossible, especially being a 6’3” woman. 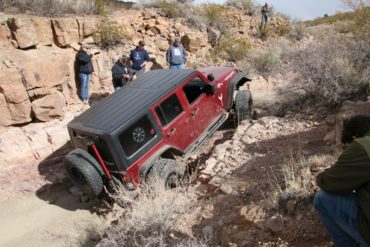 I have always loved Jeeps and trucks and the accessibility to the world that they give you. We weren’t really in the market when the 2012’s with the new engine came out, but we made the mistake of test driving one. That sealed the deal. I opted on a deep cherry red JKU. Many years later (just in 2018) I decided to name her Valkyrie. 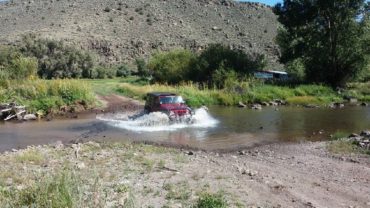 I love the appeal of having a vehicle that can go anywhere I want to. My husband and I have always been outdoors loving people. We enjoy camping and spending time in the woods. Recently, he got me hooked on hunting wild game and I had my fist big game hunt last year (it was a success!). I do think the technical offroad challenges are exciting, but 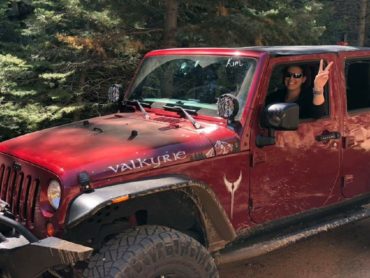 I’m just as content being on a dirt road with my husband in the middle of the woods with the dogs in the back. Feeling the breeze and smelling the pines. I think I’m most at peace when I’m outside and away from the city. Calmer. Quieter. If I had to pick one reason over all others as to why I love offroading that would be it. The freedom to go where I choose no matter the weather or the road conditions. 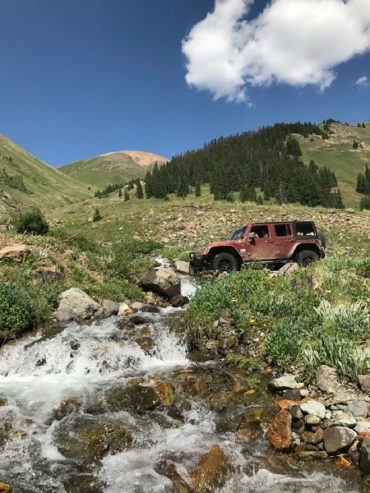 It also makes it a bit easier to do nature and landscape photography which I have done for years. I’ve got a bit of a collection of images forming and having an offroad vehicle and going on trips makes it easier to find places and things that not everyone else gets a chance to see. Funny, even going through and trying to find pictures of me offroading is incredibly rare since I’m usually the one behind the camera. 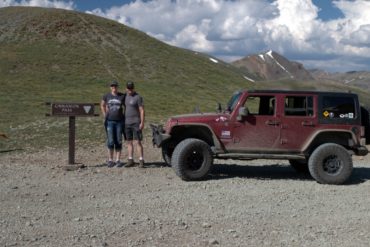 At the end of 2016, I was diagnosed with triple negative breast cancer. It was official the day before New Year’s. Talk about bringing in the New Year. So after 5 months of chemo, a surgery, and over a month of radiation I was exhausted, and oddly liberated. At any point our lives could have catastrophic change. Why not go out and do something that makes you uncomfortable, yet grow into someone more? During treatment I had a little box with slips of paper in in that I would write down my bucket list plans on. One of them was to learn how to hunt, one was a trip to 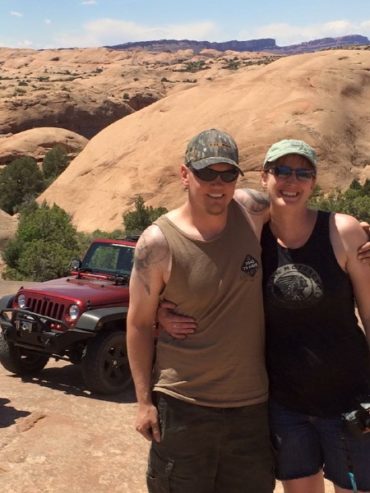 Scotland, and there was one in there to join the local Jeep club. There were many more, I think around 40, but those are still being accomplished.

We’ve only done a couple bigger offroading trips. The first big one being Moab, and that was only a few years ago. The other was a trip to do Engineer Pass and Alpine Loop with my best friend and a small group. 3 Jeeps in total. My husband and I saw this trip as a victory lap for finishing chemo. I remember being so utterly proud of being there and being surrounded by great friends. Funny, thinking back I think I played it cool, but inside I was such a whirlwind of emotions.

Lately, it seems like offroading has opened a world of new people and experiences. Meeting an incredible array of people, I would’ve never known before. I may not have a ton of years’ experience in the offroading world, but I’m excited to learn, not just what my vehicle can do, but what I am capable of. Already I’ve learned that there are many people, women and men, willing to teach about what they’re passionate about. It’s infectious. It goes beyond the machines that get us up that big hill or through that giant mud puddle. There are so many variations to each vehicle, and they all reflect the owner and their personality. I find it fascinating to go to a meet or anywhere there are many offroad vehicles and see people’s personalities reflected in their rigs.

Now to be a part of the Ladies Offroad Network is exciting. Being right there with other ladies learning and discovering what they can do is an amazing experience. I’ve seen it turn around in the motorcycle world and it’s happening in the off road world now. It isn’t enough to just be a woman either. Women should be genuinely interested in offroading and have a passion for it. There’s a challenge there waiting for anyone to accept it. Just becoming part of a world so different from what I’m used to has been challenging and invigorating. I really look forward to meeting other like minded and supportive people. I hope that this will be a different experience than what I’ve encountered in the past, where there is minimal drama. It will be good to see women working closely together and supporting each other. 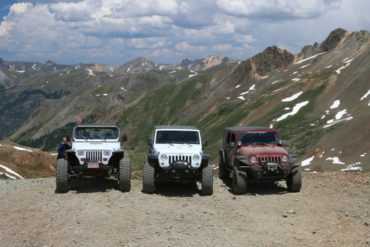 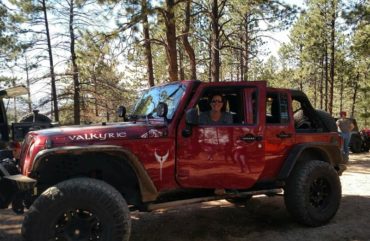 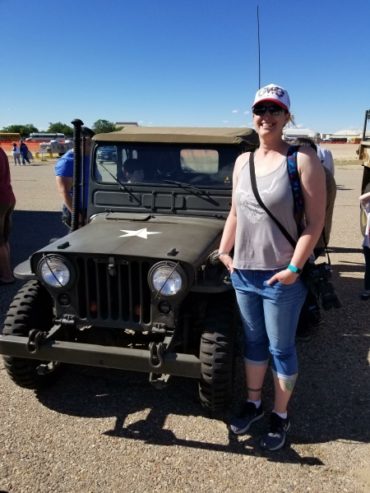