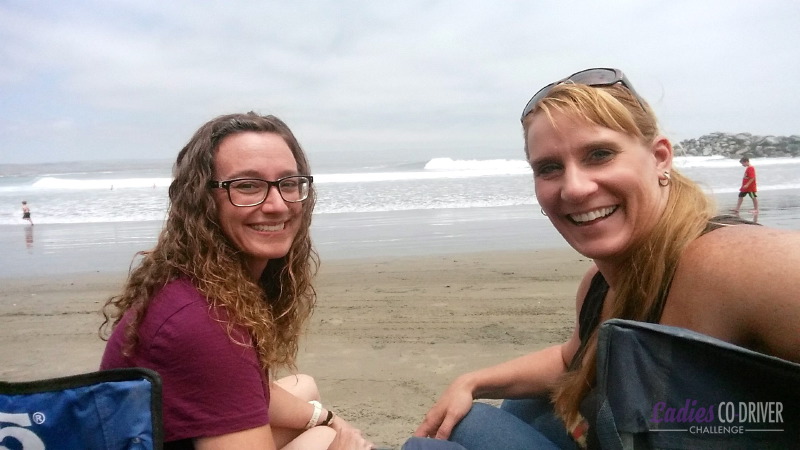 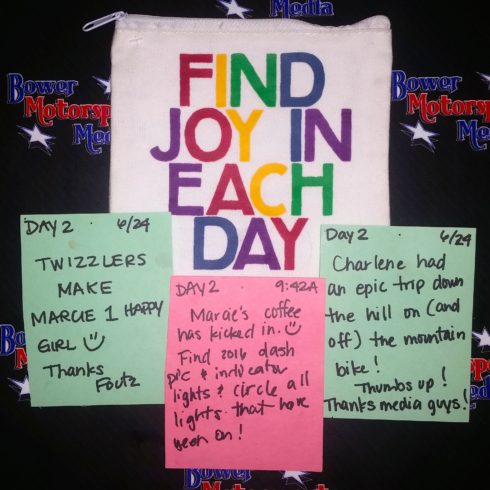 We started the day with coffee and breakfast at the Melings Ranch family dining room were I tried to drop onto the internet for a few, but it didn’t work. It would be 4 days before I would be heard from again on the social channels. Sorry!

I did my all points inspection and wiped Frankie down getting him ready for the cameras. I found that we were a little low on coolant and the passenger side brake sensor line was cut too. I grabbed up all the tools and fluids and went to work. Well, actually I asked Greg Foutz to come and do the sensor line since he had done the other one keeping the work consistent, while I filled the coolant. 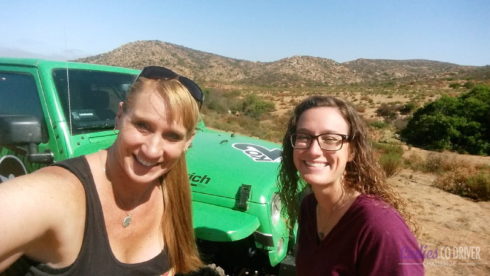 And we were off. Today we had some great dirt roads that took us through different parts of the countryside including trees, rocks, and amazingly huge cactus that were thousands of years old when you consider that each arm of the cactus takes 100 years to grow.   We also went through an orchard where the farmers hands weren’t too happy about us coming through, but the guides got that handled with some tshirts and a little cash.

The asphalt road was just as entertaining. The leaders got into some traffic and had the helicopter scout ahead to find out that there was a protest going on - not 100% sure on this, but the rumor has it that multiple teachers had been killed by federalies in some towns nearby so the people had come to the main highway to make a stance. With the heli in the air, we were able to reroute the group down the side roads and then back onto the highway. A quick waive through the military point and we continued south. 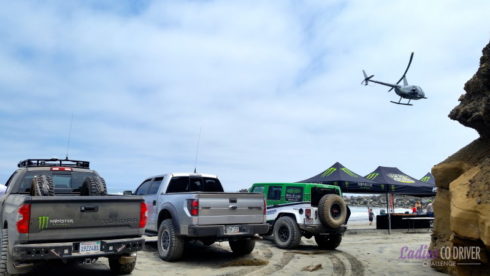 Marcie got her sealegs yesterday, as we called it, getting accustomed to the speed and terrain. Today, she got accustomed to her list of responsibilities and we worked on communication. GPS, Pictures, Videos, Radio Communication, Mile and Fuel Log, tracking the information in the chase book and then the hardest piece of it all, trying to maximize the few minutes of time that we have while in a town to get out any text messages and communication back to the states. The juggle is real. All while bouncing down a road. There isn’t any time to relax or shutdown, it’s a battle of focus. Now, given, most of the elements we wouldn’t have to have for this trip. It is a recreational trip, not a race. But, I offered a Co-Drivers Challenge, so we are treating it as such. By day 9, Marcie will be an awesome Co-Driver, at least that is my goal. 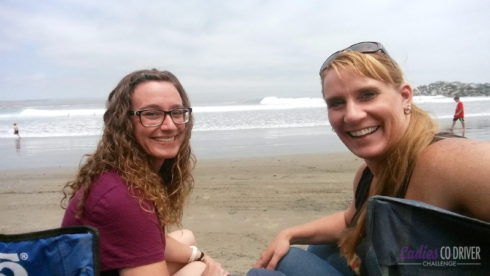 Today was all about the ocean, beach, surfing and sand. Lunch was on the Punta Baja Jetty. We rolled down to the water and the Desert Assassins tents were waiting on the beach with the chairs out. I saw a chair calling my name. "Sit down and enjoy, Charlene." So I did, and offered Marcie the one right next to me. We sat down and next thing I knew one of the DA guys came by and asked us what we wanted to drink. First thought was margarita, but I recanted and went for an iced tea. I dug my feet into the sand and enjoyed watching Cameron and all the guys out surfing the waves. Lunch was served. 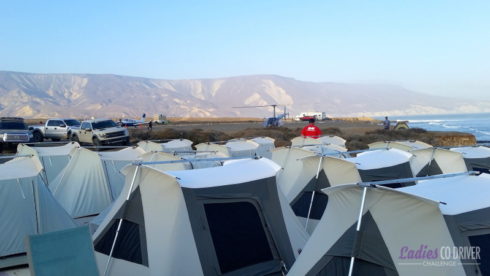 We only had a few short hours from lunch to our evening spot. Solo Sports. An amazing place outside Punta San Carlos. It took me a while to figure out and wrap my head around the name, but I get it. Surfing, wind surfing, mountain biking, parasurfing, all solo sports.

Marcie and I put claim on tent that was preloaded with sleeping bags and pillows and then we wandered around to check out the sights. Set up on a cliff that over looks the Pacific Ocean, Solo Sports is a deck of tents and an assortment of equipment for all the different activities that you could participate in. 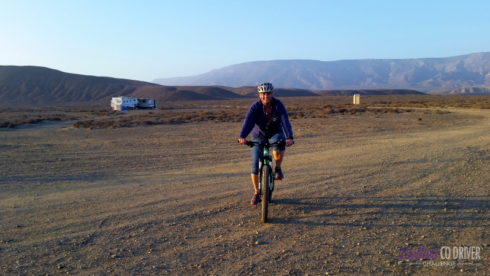 Including mountain biking. The guys wanted to take three mountain bikes up to the top of a hill and ride down it. In my infenatine wisdom, I got myself on the list of people to go do it. I had my capris and flip flops on so I took a minute to run out and throw on some tennis shoes, while I left Marcie in charge of getting me a bike and a helmet. Totally not the most proper riding gear, but what is the worst that could happen?

We threw the bikes and ourselves into the Fox truck and got a ride to the top of the hill. Well actually, we started up the first hill where I could see the track coming down, and after getting stuck on the hill in the truck and taking a reverse, there was no longer a trail…great!  We continued up the hill and got to the top. My mind: 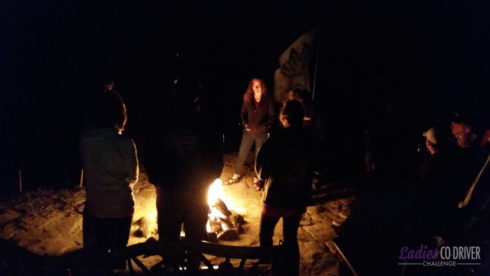 “This is dumb. You have 7 more days down here…and your trying to be a downhill mountain biker in your capris.”   I got on the bike and rode it down the first two sections. I didn’t commit to the third where I knew there was no trail. Instead, in all my awesomeness, while trying to get off the bike and come down the side, I totally biffed. Unfortunatly, none of the cameras got the crashing action. Bummer. 🙂

The evening was awesome with all the comradery around dinner that consisted of homemade tamales, rice and salad.   I got introduced to the Baja fog, a Corona with the neck filled with tequila and lime. They were amazing! We sat by the fire for a long while, enjoying the stars and the crashing tides.  One of the most relaxing evenings of the trip.  Three of my favorites:  Fire, Stars, Crashing Waives.

Day 2 is over, it is time to get off this couch and go check out the tent and sleeping bag situation. 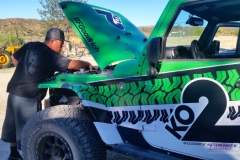 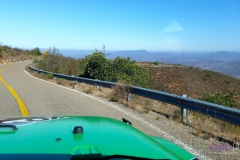 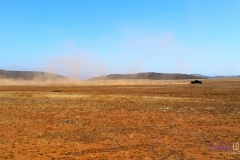 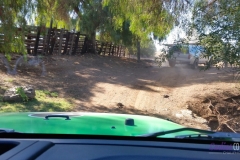 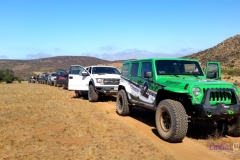 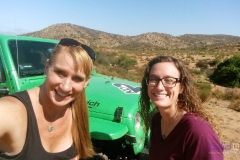 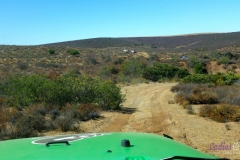 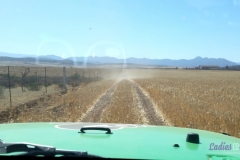 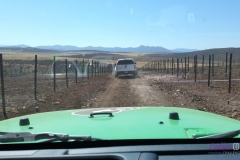 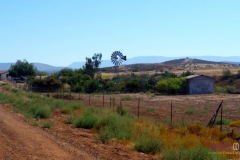 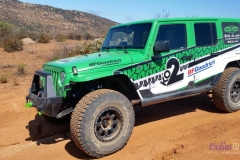 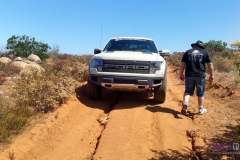 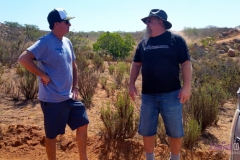 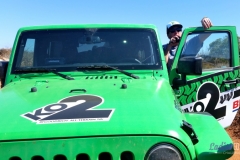 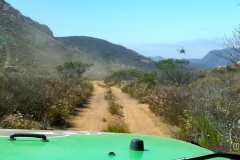 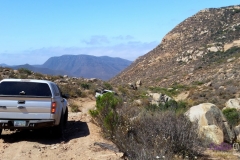 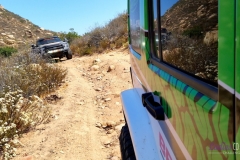 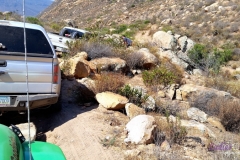 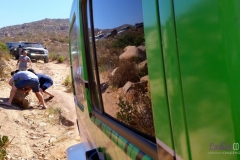