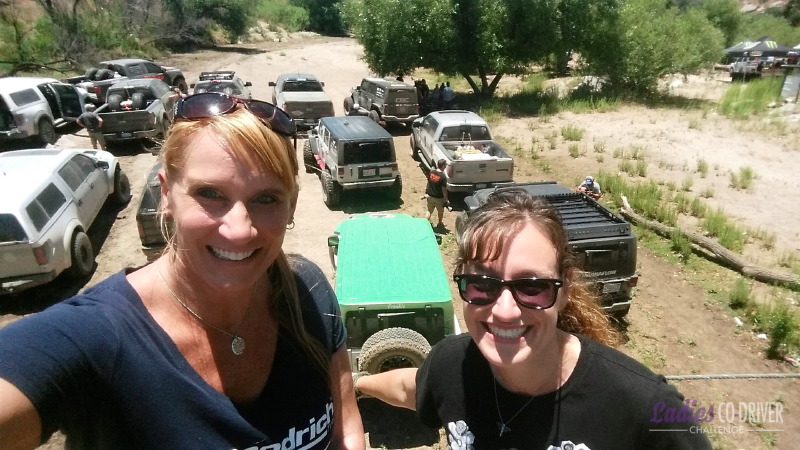 After 1181 miles of US driving, we hit the border, in time. In time meaning, we weren’t late. The informational email specifically said anyone to the border crossing after 9am would have to buy the group a round of drinks. I knew this group could pretty much bankrupt Bower Media, so we had to be on time. We ended up being the 6th vehicle there. The email worked.

After a drivers meeting with over 60 men, women and children present, Cameron gave us the rundown on the trip ahead and then led us in a blessing of the trip.  Quickly, we loaded up to cross the border. 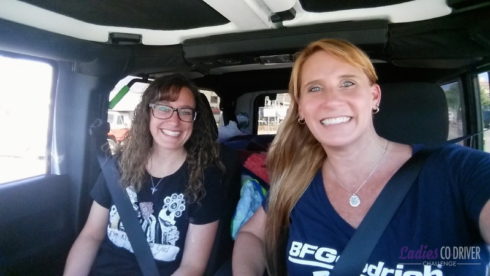 It was an amazing day with more miles offroad than onroad. The way it should be.  Two thirds of our day was in the dirt from casual dirt roads, rough dirt roads, poof dust, rocky trails out of Mike’s Sky Ranch and really rough stutter sections. Cameron mentioned that this is the hardest day on the vehicle, and it certainly put them all to the test. 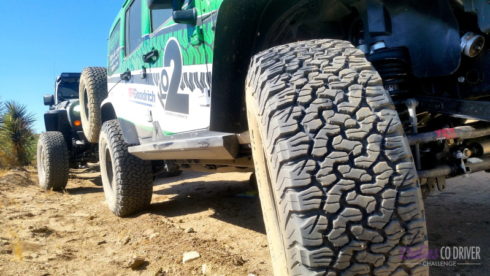 This is one of the situations where the BFGoodrich KO2 Tires excel, a great tire for a mix of different terrain changes. We crawled right up some optional rocky sections without a thought.  We aired down to 28 psi, which we found to be a bit too high.  Then we aired down too far to 19 psi.  We finally found the happy spot at 22 psi, with no tire issues the whole 10 days, may I mention! 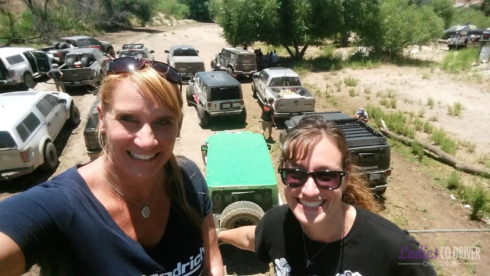 We stopped for lunch at what they call Diaper Wash.  I'm not sure I ever got the real story on the name.  Something about they were there once and saw a diaper?  Anyways, there was a very awesome suspension bridge that connected the two edges of the wash together.  It was pretty sketchy to walk across, but even more crazy to think that one of the guys had ridden across it on a dirt bike!  This was our first introduction to Off the Grid Catering and the amazing food that we would be eating the rest of the week. 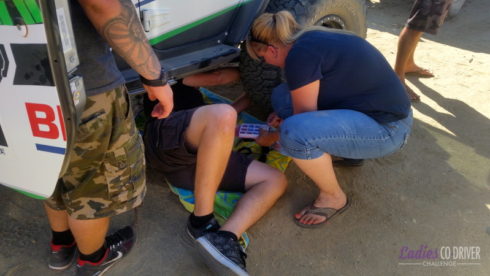 I was one of the first to call in to make a stop. The ABS and brake light came on, and the transmission wouldn’t shift out of first. I called over the radio with the problem, and John Currie from Currie Enterprises was quick to diagnoise the problem. A brake sensor line had been cut. Greg Foutz, from Foutz Motorsports and ADD Offroad, jumped underneath and found the wire that needed fixing. A couple electrical tools and connectors from Taylor Anderson of Rigid Industries and Oren Anderson from Casey Currie Motorsports, we were back on the trail. 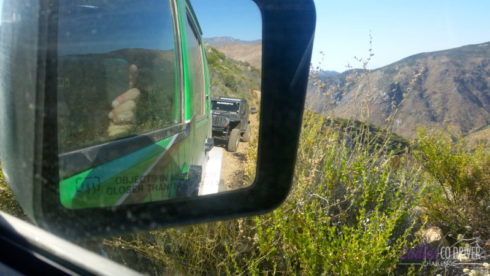 Marcie had a great day warming up to being a co-driver. This is different. It’s not chasing a race, it’s being in the vehicle. It’s not a slow rock crawl trail ride, it’s a clipping speed to get to the next stop. There are jobs to be done. There is a constant juggling of work to be handled. There was some motion sickness in the beginning, but she survived the day! We arranged things a little differently to make her more comfortable which helped, including flipping the headrest around backwards and putting the seat a little closer so her feet could brace the floor. (TIP!)  We worked on communication stating specifically what she needs and interpreting the information at hand.

Part of the luggage that Marcie brought was a stress of being good enough to represent for the Ladies Co-Driver Challenge. Her anticipation level of the trip had been high, but highest was the feeling of possible disappointment. After I realized this was a factor, I made sure she realized that there were no expectations. There was no pre-training for this. We are starting at Day 1 and by the end she will have all the elements 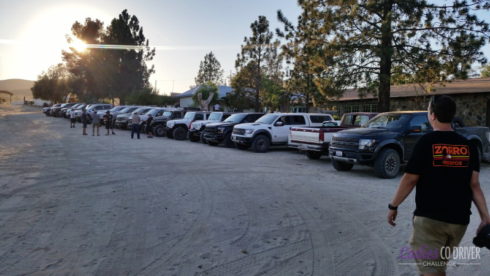 mastered. We were learning on the fly. If she continued to have self-doubt and frustration, then how was there room to bring in new information and be successful? Our brains can only process so much information at the same time. We needed to be focused on learning and retaining. There was no room for anything else. She will be a different person in 10 days, I will be too. Guaranteed.  That is what these trips are all about. 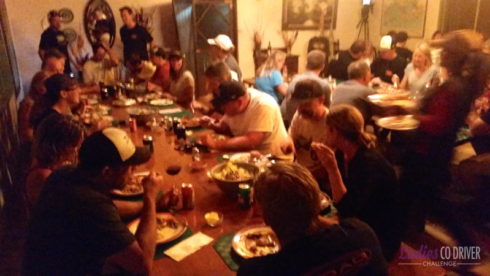 After passing though the iconic Mike’s Sky Ranch without the time to stop, we took a quick picture for her to put on her bucket list of places to go back to. We rolled down the backside and into Meling Ranch for the night. It is similar to Mike’s Sky Ranch in it is a guest ranch that runs on generator. Thanks to Cameron, we have until midnight to catch up on our power and postings. (normally, it would be 10pm).

Our first evening together, we all sat in a great family style dinner at huge tables.  Each of the guests stood up to say who they were. It was a great opportunity to get to meet and know who we will be spending the next 9 days with…

Lights out in 32 minutes. I’m going to take a shower! 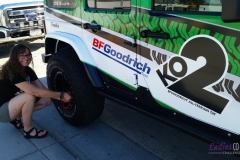 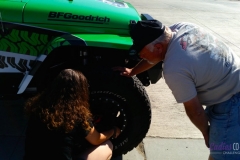 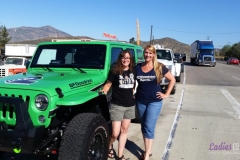 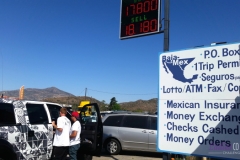 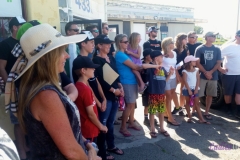 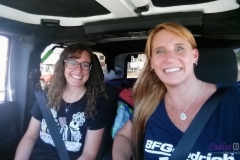 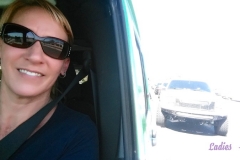 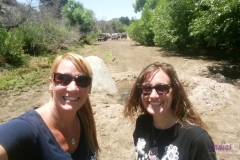 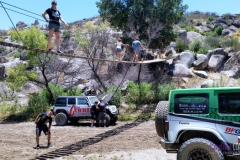 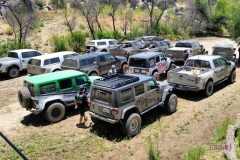 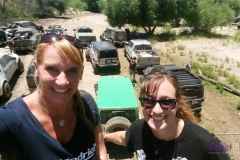 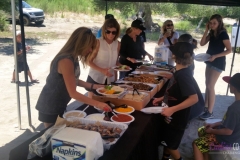 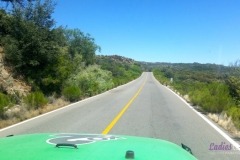 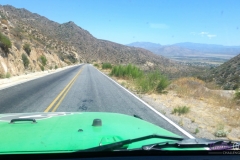 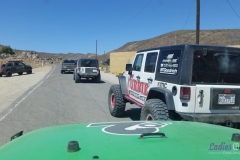 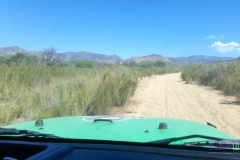 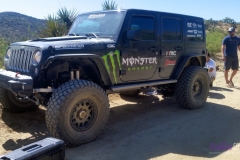 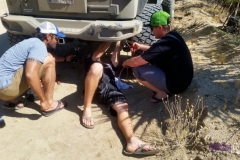 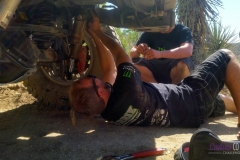 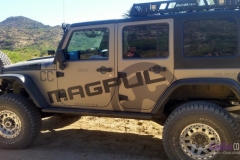