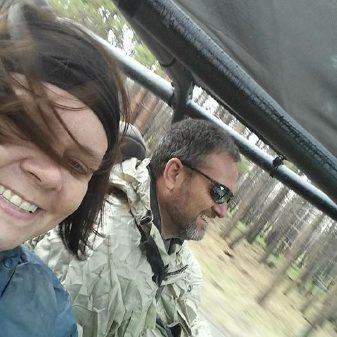 I still smile when I think about the day that I became a Jeep girl. It was in June and my family was headed home from our family vacation in Michigan. My best friend Janet met us at the airport. She couldn’t wait to tell me all about John, the guy that she met at the car wash that she worked at. She was even more excited to tell me that he had a friend and he wanted to set us up. I was like “no way”, the last couple of guys that she has met at the car wash had friends too – friends with less than desirable pasts. We made plans to meet John and go to the movies that night. I made it clear that it was just the 3 of us. We rode in his truck – sandwiched in the front. As we arrived, he said “I’ll park next to the Jeep” I had no idea that my whole world of just being me was about to change. As we walked up, John seemed 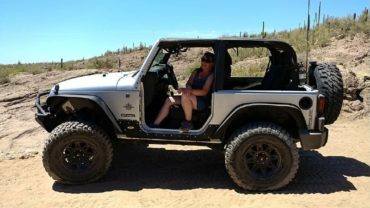 distracted, then, hiding behind a pole was John’s friend David. I gave Janet a glare, she said that she had no idea that he was coming. We all enjoyed the movie and headed over to Janet’s house. As we got to the truck David got into this brown Jeep with no doors and asked if I wanted to ride with him. Without a second thought, I hopped right in. We hung out at Janet’s and when it was time to go home, he offered to take me, and I accepted. We hung out more and more and even went four wheeling several times in 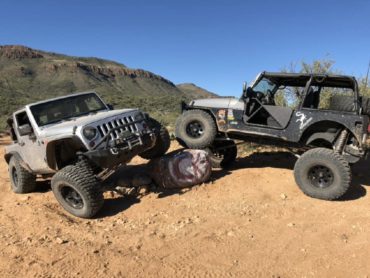 the first month. I was an outdoor girl, but all our camps and hikes were from a car. I had never been on an old mountain road with steep drops, barely wider than the Jeep, and I loved it. He says that he loved the fact the I was leaning out of the Jeep with no doors and only lap belts checking out the canyons below. Five months later I married my new best friend. I was now a Jeep girl. 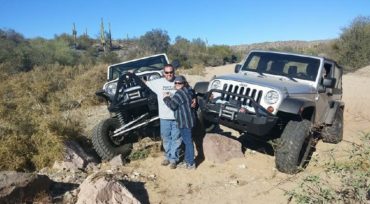 As the years went by, we enjoyed camping and four wheeling. We were very active with the Arizona Rough Riders, the four-wheel drive club that we belonged to. After our fourth child, we needed a bigger vehicle and money was tight, so we had to sell the Jeep to buy a minivan. We refer to those as “the dark years”. We had several vehicles in that time that got us out a bit, but nothing like having a Jeep. Our youngest got a bit older and I was able to go back to work full time outside the home and we bought another Jeep. This little red TJ brought us out of 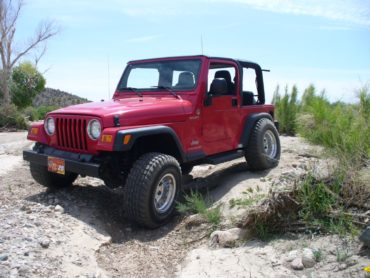 the dark times. I was working two jobs and didn’t get out as much as I’d have liked, but David was able to get out with the kids and bake some awesome memories. Dalton, our youngest, still has a duck that he made from wiping mud from the fenders as he sat in the back seat after during one of their excursions. But life happens and we found ourselves needing to sell the Jeep again. That was one of the hardest days. We went a couple of years without one. More dark years. We bought a 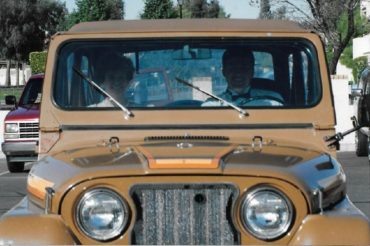 Grand Cherokee and it was a good Jeep, but not a Wrangler. Changes in life happened and we we’re finally able to get a Wrangler, a 1999 TJ, David kept its name Dirt Devil, the name that he’d given the red TJ. We took it out with other family and friends with Jeeps and we we’re finally a Jeep family again. I have promised myself, to never let life take our Jeep away again. 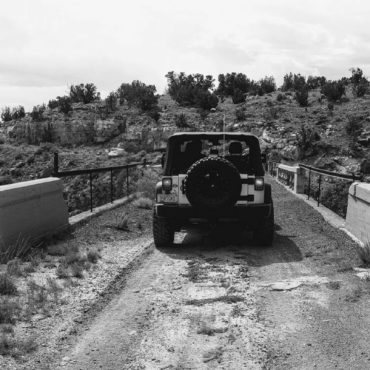 Throughout all these years, I was content to be a passenger or the one left behind because we had more kids than Jeeps have seats. I had been going through some medical issues for many years that often time times made me feel terrible. I still struggle with energy to make it through long runs. So, staying behind was sometimes easy. It was really frustrating me that these issues were keeping me from enjoying my life. After being misdiagnosed several times, I was finally diagnosed with Ehlers Danlos Syndrome in 2011. Many of the challenges that I’ve had since childhood finally made sense. Now that “IT” had a name, I could fight. At first, I fought it with medications, as I became more educated, I fight with supplements, physical therapy, proper rest, hydration and nutrition. Some days are more challenging than others. However getting outside does more for me than any medical treatment ever has. There are still days and sometimes weeks that it wins, but I am unbreakable.

One December day I was working away and got a call from my husband, he said the deal was done meet him with the truck at the Jeep dealership. I was a bit 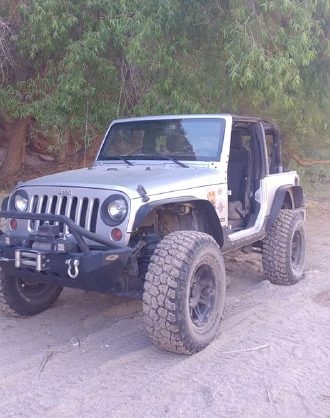 confused; I knew he was looking but had no idea that he’d found one. That was the day I became a Jeep owner. Meet the Desert Gecko, named as such because it’s cute and loves to crawl on rocks in the desert. I also love lizards. Being December and busy we could not take it out for a couple of weeks. But after a little how to on shifting in and out of 4WD, and I was off. I have grown so much in my off-road skills taking on more obstacles and fewer bypasses. I have gotten more involved and now even attend runs without David. In addition to four wheeling I have become active in the off-road community serving as the secretary of the Arizona State Association of Four-Wheel Drive Clubs and am working on becoming certified as a trainer for Tread Lightly. Now this girl that is prone to wander has a new way to wander farther. 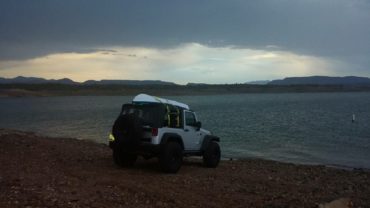 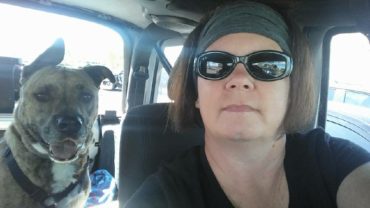 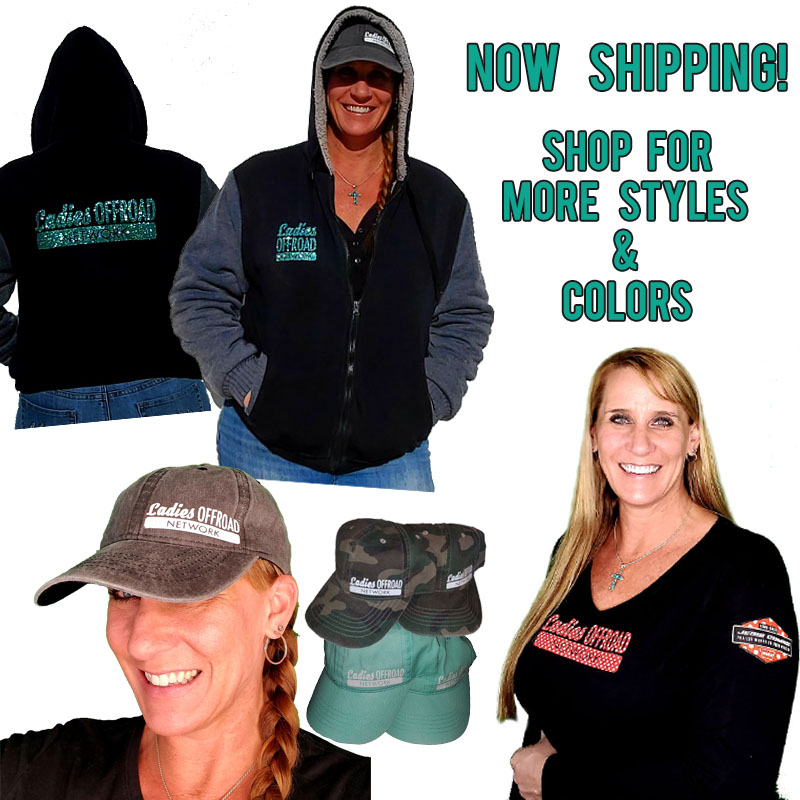