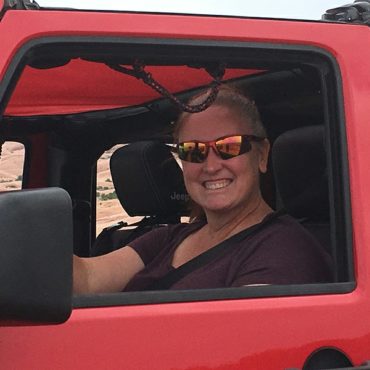 I can’t remember when I first fell in love with Jeeps. Perhaps it during the final scene of The Terminator, where Sarah Connor was in her Jeep, trying to find a safe place to have her son. Or perhaps it was when I rode with a friend in high school in her CJ7, doors off and top down. Whenever it was that I fell in love with Jeeps, I just knew I had to have one! 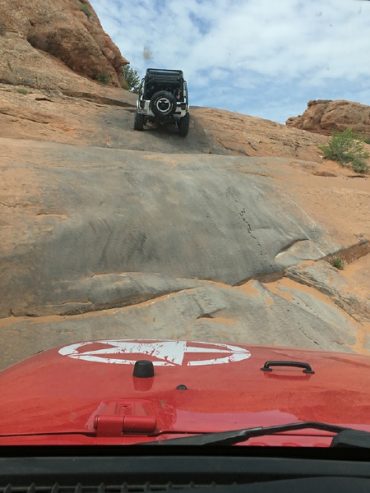 My first Jeep was a ’95 Jeep Wrangler. I special ordered it from the factory and then waited eight long weeks for my Jeep, the first vehicle I’d ever purchased myself, to come in. I had that Jeep for ten years and I loved every bumpy ride, loud noise, driving in the rain with the top down minute. Over the course of those years, I put about 180,000 miles on that Jeep and had very few problems. I did only a few minor mods, mostly for storage. But I did have to recruit my dad to help me replace the front bumper after a rather eventful evening out with friends. But I got to upgrade my bumper and ended up with a fun story to tell, so it was a win-win. 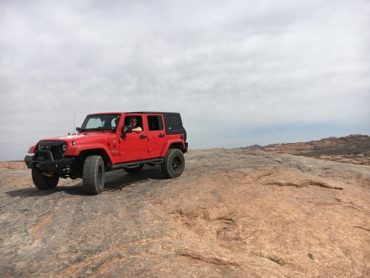 I really wanted to take my Jeep offroad, but I didn’t know anyone else with a Jeep at that time, or anyone that offroaded even. And I wasn’t about to go by myself, being such a rookie. So I waited and hoped, and sadly never got the chance. (Remember, this was LONG before Facebook, and even the internet itself was in its infancy. I was also very shy at the time, so I wasn’t comfortable just walking up to strangers and talking Jeep with them like I do now.) 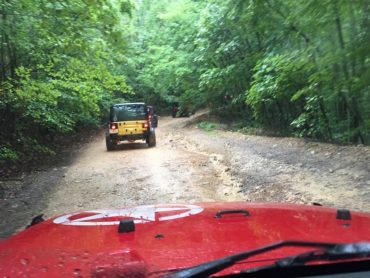 Eventually I sold the Jeep and bought another vehicle because I needed more cargo space. But I regretted that choice for nine long years, until I could get back into a Jeep. And I decided then that I will never drive anything but a Jeep, until I’m too old and decrepit to climb into one. 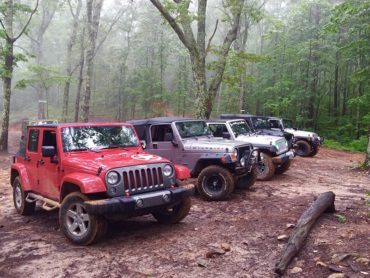 Today, I own a 2014 Jeep Wrangler named Serenity and I love it! I was finally at a point where I could buy another Jeep and one day, I fell in love with a red Freedom Edition that came up online. I saw it at lunchtime on a Friday, secured financing that afternoon, test drove it that night after work, and drove it off the lot at noon the next day. I was finally home! 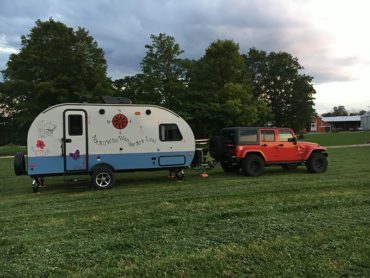 I was determined that I wasn’t going to miss my chance to go offroad this time around. I joined a couple of Jeep groups on Facebook, and eventually I got my chance when I went with a group to an offroad park in Alabama called Choccolocco. I went out a couple more times, but the next time we went to Chocco did not end so well for my poor Serenity. She was still stock, and everyone else was not. Even though I’d offered to stay behind if they wanted to go on harder trails, the group assured me they’d take the easier tracks. Famous last words! Serenity lost a bit of paint and gained a couple of dents on that trip, and I’ll admit that I even spazzed out at one point. I’ve seen the GoPro video I took…it was rather embarrassing to watch. I decided that day that I wasn’t going offroad again until Serenity had some new shoes and a lift. 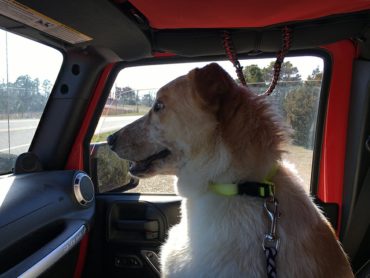 Eventually, I saved enough to really build up Serenity the way I wanted, and I recruited a friend to help. We spent three cold, snowy days in his garage in Raleigh, NC and added a modest lift, new wheels and tires, lights, front and back bumpers, a winch, and probably some other things I’m forgetting. I had it regeared a couple months later and added lockers too. Now I wasn’t afraid to take her offroading again. 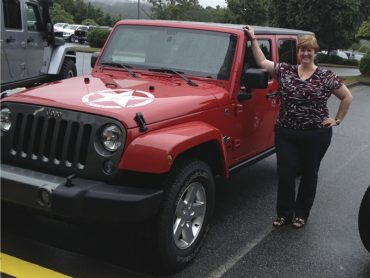 Shortly after we built Serenity up, I quit my job and sold my house and took an 18-month road trip across the US and part of Canada, with a small travel trailer as home. I blogged along the way (www.jeepgirlonthemove.com), adopted a dog, and met a lot of wonderful people. During this trip, my new motto became “not all who wander are lost,” and that holds true for me even today.
In Moab, UT, I finally went offroading again. I hired K.L. from Twisted Jeeps as my guide, and we went out on Hell’s Revenge and Fins & Things. I was so nervous, since this was only my fourth time offroad and these trails were far beyond what I’d ever done before. But hiring a guide was the best thing I could have done. K.L. made sure I was comfortable with the obstacles we tackled, but he also challenged me as the day progressed. I went home that day feeling so much more confident in my own abilities, and in Serenity. And when I look back at my early experiences, I’m amazed at how far I’ve come.
While I now know I’m capable of tackling harder trails, I still prefer the easier ones. I enjoy taking my time and appreciating the ride, and I love when there are scenic highlights, a stream, or perhaps some mud along the way. I don’t care for trails that may break an axle, or that take three spotters and a whole lot of prayer to get through. As long as I know I can make it up those trails if there’s ever a zombie apocalypse, I’m good.
I’m now hooked on offroading and I want to do so much more of it. To me, it’s the freedom of being able to go where so few others can and being able to see views that most people never will except in photos. It’s about learning my own limits, and how to stretch beyond them. Offroading is also about community, and spending time with others who share a common interest. And while my blood family may not understand it, my Jeep family does. 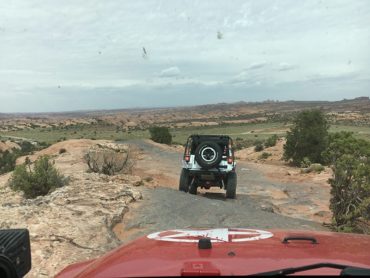 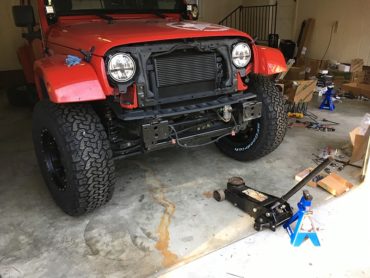