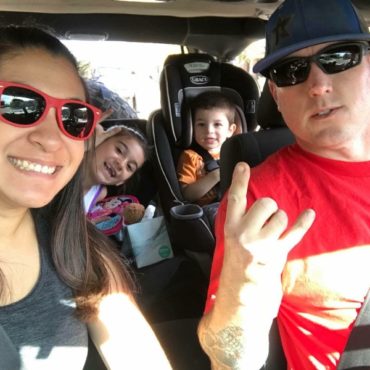 My name is Raylena but my entire life I have gone by Ray or Ray-Ray. I am a wife, mother of 2 and currently a foster parent. I am relatively new to the off-road world but at the same time, my progress in it has been pretty aggressive, as I competed in my first We Rock competition in March of 2018 after only being in the off-road world for two and a half years. This article will explain who I am and how I got to where I am today and where I hope this journey will continue to take me and my family. 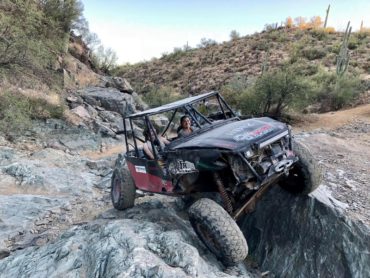 I was born and raised in Southern California my entire life until I moved to Arizona when I was 18 years old and only a month after graduating high school. Throughout my childhood, I played competitive sports my entire life. I was a 4-year varsity softball player and played 2 years varsity basketball. So, if you haven’t caught on yet, I am very competitive person and have been challenged my entire life do the best I could to excel. I was a typical “city girl” as my husband likes to call me, I never camped before, fished or rode any dirt bikes or quads. After graduating, I decided to go directly to a trade school where I received my Associates Degree of Science in 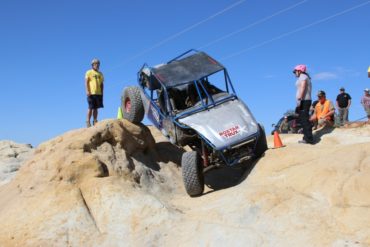 Surgical Technologies. Like most people, I don’t use my degree as I intended to but it got me where I am today. I am a full-time Production Manager for a donor tissue bank whom processes allografts from donated human tissue to better people’s lives. 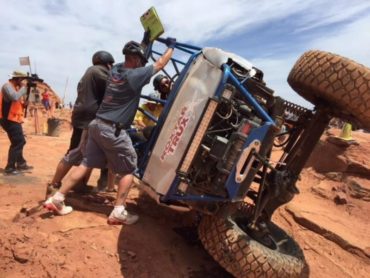 So how did I get into this off-road life? Well my husband was big into dirt bikes. After we met, he bought me a quad and taught me how to ride for the first time in my life. He even taught me to ride his dirt bike and of course, I whisky throttled big time sending the bike in the air and me flying completely in the opposite direction of the bike. After having our daughter, we sold his dirt bike and my quad and began modifying our 2003 Toyota 4-runner in 2015 while I was pregnant with our son. Shortly after having our son, my husband’s truck broke and it was time to get a new car. Luckily, we were able to get a vehicle that we both always wanted or at least that’s what I thought when I signed the papers. We went with a 2012 Jeep Wrangler Unlimited and once my husband drove off the lot, I realized that it was a manual transmission which I had no idea how to drive. Shortly after obtaining our Jeep, my husband had modifications done to the Jeep as well. In November of 2015, I started to drive our Toyota off- 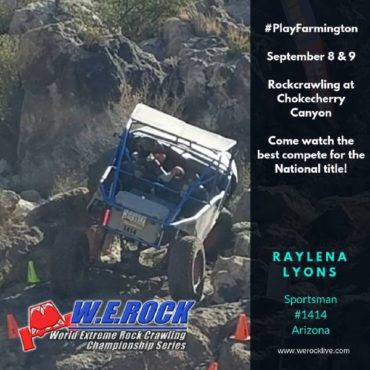 road because I wasn’t able to drive a manual. However, I quickly noticed that the Jeep was able to do more than the Toyota. A few months later, I had finally worked my confidence to drive it off-road on a trail called Elvis in Florence, Arizona. It wasn’t pretty, I stalled over and over but if anyone is familiar with this trail, its not a beginner trail for someone to learn to drive a manual on. I immediately fell in love because the Jeep was challenging but I was still too nervous to drive it on the street. 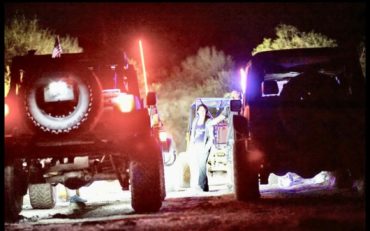 At this point, this hobby had quickly turned into a family hobby. Our 8-year old daughter loves it and names all our vehicles. My son has been going on runs with us since he was 6 weeks old and he is currently 3. He likes to do a bolt checks on everything before we hit the trails and is my little back seat driver and yelling at me to drive over the big rocks. 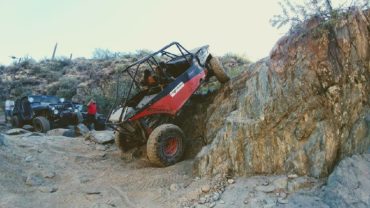 In 2017, my husband, with the help of a group of friends, decided that he was going to compete in We Rock for the first time. I was lucky to be able to attend 3 out of 4 of the competitions. It was very interesting to see, especially for someone so new to the industry, I didn’t even know that this option existed. After completing the 2017 series, my husband was kind enough to step aside and allow me the opportunity to compete. Late 2017, I started getting some seat time in the competition vehicle. Let me just say, going from the Toyota to the Jeep and then to our competition vehicle: I had no idea it could get any better until the first time I drove it through an obstacle. I become very comfortable driving the vehicle up, that was until I attended King of the Hammers for the first-time right before beginning the We Rock Series in 2018. 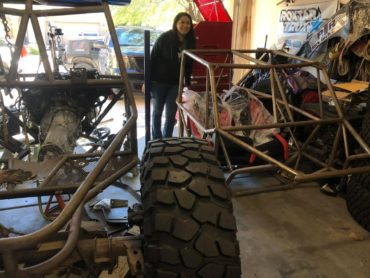 This was the time that I was able to really push myself to the limit. After watching multiple people attempt to make it up Back Door, I, being so new and a female, finally worked up enough courage to attempt the obstacle. The first night I attempted the bolt fell out of the steering column and had to wait to repair it the next day. The next night, even more people and vehicles were there but I wasn’t ready to throw in the towel just yet. My ego got the best of me that night and I remember screaming at the vehicle before me that broke right in front of the obstacle to “move out the way and let the girls play”. After screaming that, I was so nervous as I approached the obstacle again 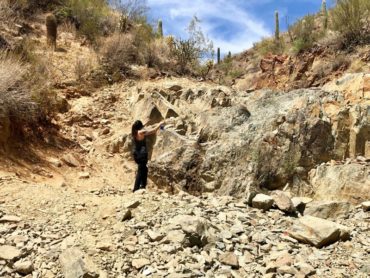 thinking I just made a fool of myself but with the support of my husband and friends cheering me on, I was able to make it up Back Door in less than 5 mins. Being there for a whole week and watching very few vehicles make it up and I personally never saw a woman attempt it, this was a huge accomplishment for me. It was the first time I had to perform in front of a crowd of people I did not know. I was focused on one task and not 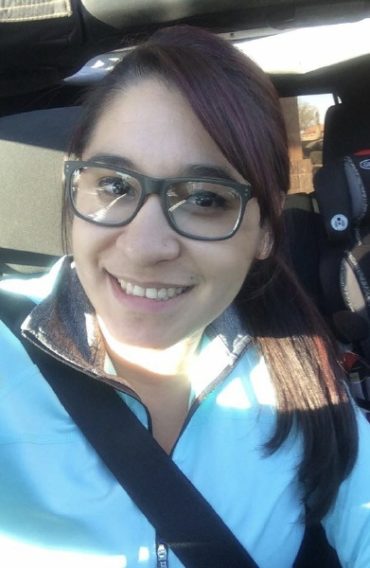 distracted by everyone screaming at me, nor did I get nervous to the point that I completely forgot how my car moved and reached. It was a good practice event before start the competition season.

The next month, my best friend and I then proceeded to compete in We Rock and did awful the first competition; rolling, breaking and timing out at every course. But as each competition continued, we progressed to do better and made a lot of friends within our class. By the time we reached Nationals, we had finally got it down and finished in 4th place and 5th in the series within the Sportsmen C Class.

So, with where I began, to where I have been in such a short time, brings up the question of where do I plan to go? Although this article is supposed to be about myself, I have to say I wouldn’t be able to move forward without the help of my husband. This hobby, this dream to compete was all his dream but he has been so supportive with helping me to grow and try to succeed in this industry. I honestly couldn’t have done it with his support or the support of our friends. So, what is coming in the near future? We are currently building a new buggy for me to compete in and I hope to continue to gain knowledge and experience as I did the first session. I’m hoping to step up and compete in Pro-Mod with my husband only after being in this industry for 3 years. It’s going to be a whole new level for me to learn; bigger drops, bigger competition, learning a new car and learning rear steer too. I know there are other girls that compete in this sport but there are very few of us. I also think that a lot of the women grew up in the sport versus women like me who are getting involved later in the life. I hope to continue and someday be able to compete in unlimited with the big boys and show everyone that girls can compete at that level too. Then also allowing my children in the future to have the same opportunity as we did because they love being in the Jeep, off-roading in the desert. But first things first, we need to build the car and I fully plan on helping my husband/friends build it and be able to fix it when it breaks. We have spent the past couple of weekends buckling down in the garage and me getting my hands dirty. But throughout this entire journey so far, I want to overcome my shy personality, continue to put myself out there and continue to grow within this off-road world that I grew to love.