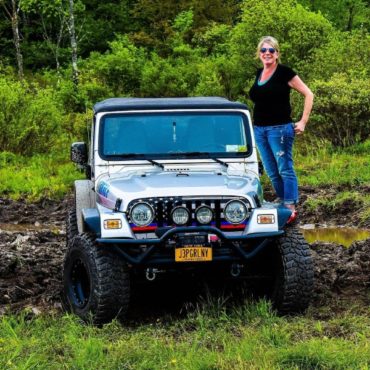 I bought my first Jeep at a time I was rolling with a lot of bikers. Up to that point I had mostly been a passenger. I bought my own sport bike shortly before the Jeep, but I had been hit by cars twice in my life, both times the motorists were at fault. One was speeding, the other not paying attention. I just could not get past the distrust I have in other drivers. I had an opportunity to buy a pretty red Wrangler from a friend. When I was a day dreamy little girl I had wanted a cute little CJ 5 that could bounce around dirt roads and open fields just like Daisy Duke, she was so cool thwarting off the fuzz to give her cousins a head start in the Dukes of Hazzard. But then one day I saw a video on MTV with David Lee Roth riding this gigantic pink wrangler with big ‘ol tires, I was head over heels in love with this Jeep! Sorry, not sorry, David Lee Roth. 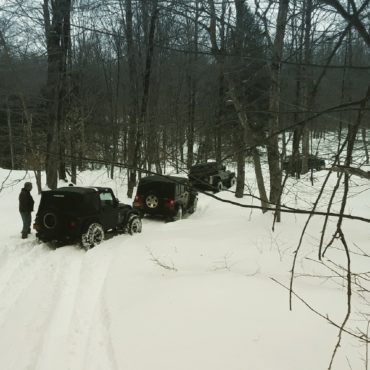 At first the Jeep was the best way for me to be free but still protected without out all of the caginess of a fully enclosed vehicle. I loved that when I bought the Jeep it was a 1997. I like older everything, before technology and a shear lack of responsibility took over cars … and life. Over the next year or so I went through a series of names for the Jeep; Monster, Sage, the Beast. A friend had lost her daughter who was to be named Mae, because as (she and) Madonna said “It’s not just a name, it’s an attitude.” I asked my friend if it would be OK to name my Jeep Mae, she said yes. I was pretty confident driving Mae around on pavement, she DID have attitude! And I 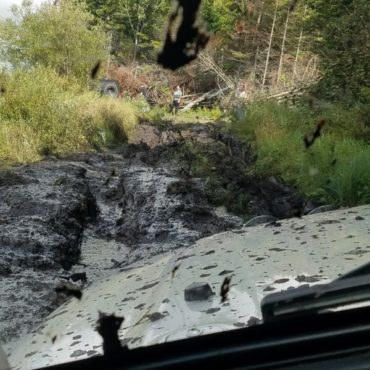 definitely have attitude, the two of us together were a force to be reckoned with. The first thing I did was take out the carpets and bought waterproof seat covers, I’d take the windows and doors off from the end of May until the end November, which is when the snow would start to get serious. With an endless supply of soft hoodies and the chill of 6:30 east coast morning darkness I didn’t care about a little snowfall, I was free. My neighbor had some property in back of my house with decent hilly terrain for a newbie who didn’t even know airing down was a thing. I just loved bouncing around and driving through that wooded area. The outdoors, the no door-dirt grabbing capabilities, the literal road less traveled, the wind in my hair … I was hooked. I was a Jeep girl. 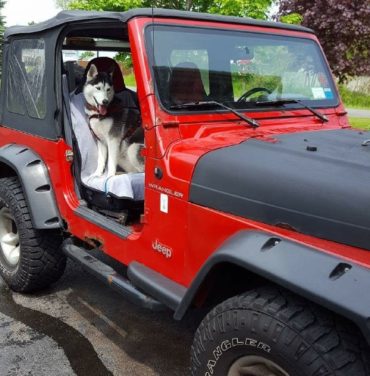 I bought Mae from a friend who was involved in a local Jeep group that led me to Kristie Moore. We tried to get a few ladies together and identified ourselves as the Clam Crawlers. Out of the many who expressed interest only three of us met up. We’d eventually get matching heart tattoos with the grill inserted along the side to the bottom point, each of us filled in our headlights with our Jeep’s color. Mine, of course, being red. The first time I took Mae out I learned two things, I love mud and I needed quick disconnects. I was pretty cautious because she was my daily driver and I just couldn’t afford to break anything but a nail. I was surrounded by knowledgeable guys, but like most girls I felt dumb for not already knowing everything, how could I? I didn’t even know there was stuff to know! I learned, after all I have mechanicism in my blood and I always loved being around cars, trucks and bikes. My little red four banger was emptying my 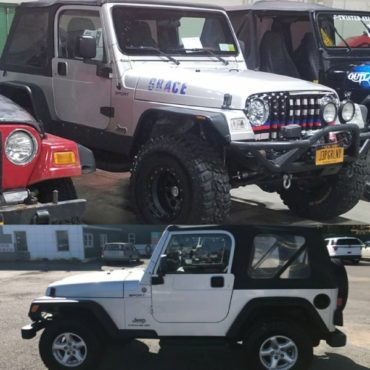 pockets for regular upstate NY salt life stuff, not because I was extra daring on the trails. Enter Grace, my straight six silver goddess. 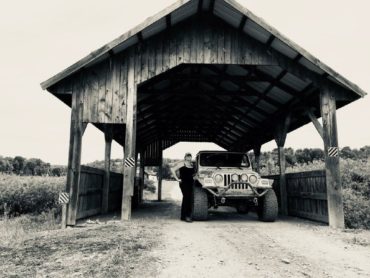 A completely stock 2004 Wrangler with some minor upgrades like full doors and AC felt like I had become a little more adult. That straight six though, finally, I knew I was going to be on the trails A LOT more! And I named her Grace immediately, it all felt so right, and has been. I love the mental challenge of offroading, I’m a problem solver by nature. When people ask if I’m locked I like to joke that I don’t need lockers I have skill. All joking aside, I’d like to be locked someday, maybe on the next one. Offroading is like ballet for me graceful and persistent, a dance along the trail. The only real failure is giving up. Don’t give up and you keep winning. There are setbacks, of course, that’s regular life. Forward progress, my favorite football term. There’s always an achievement if you’re learning something new and applying it to your next situation, that’s my take on forward progress. Offroading has led me to my 4xLadies. Ladies Offroad Network brought us together. I think that LON brings together 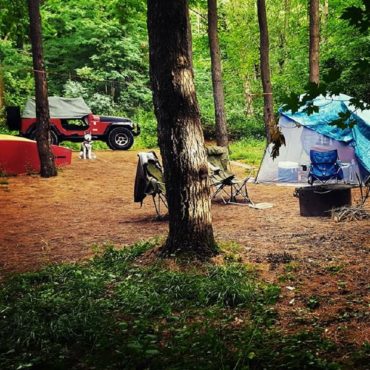 ladies that live the passion they share, it’s been pretty amazing finding like-minded women. Anyone can wear the brand but living it is hard work, totally worth every amazing adventure!! For me it’s definitely “A Jeep Thing.” I was so lucky to find my little Jeep family, I know not everyone is, it took me a few years and then a few years more to really be able to experience offroad driving with knowledge and skill.

Even though I had bought the red Jeep I tried riding that Katana on and off for a couple of years, but then I got a dog, a beautiful Siberian Husky, her name is Sinatra Louise. She, too loves to be in the Jeep doorless while buckled in. I haven’t gotten back on the bike since the day I brought Sinatra home. At the end of last summer I bought a Coleman Sea Pine pop-up camper I named Sea Pine at the Hamptons. I’m towing it on my own, now I’m totally dedicated to taking my dog and the camper on off-road adventures and sharing the space with anybody who wants to travel along. Adventure awaits! 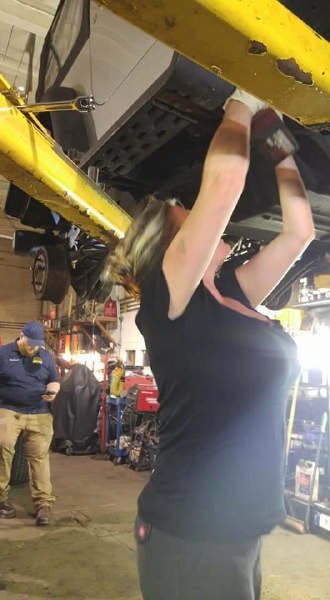 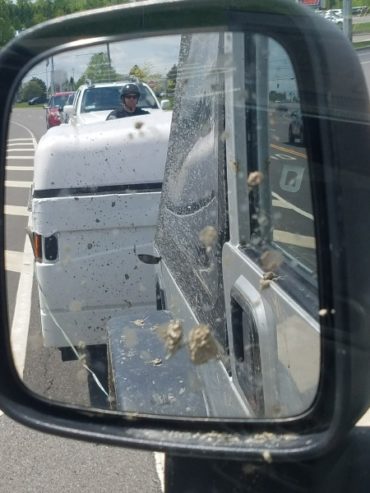 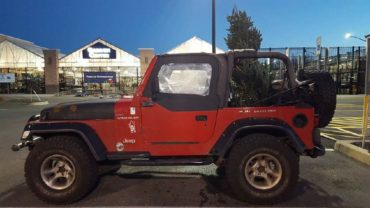