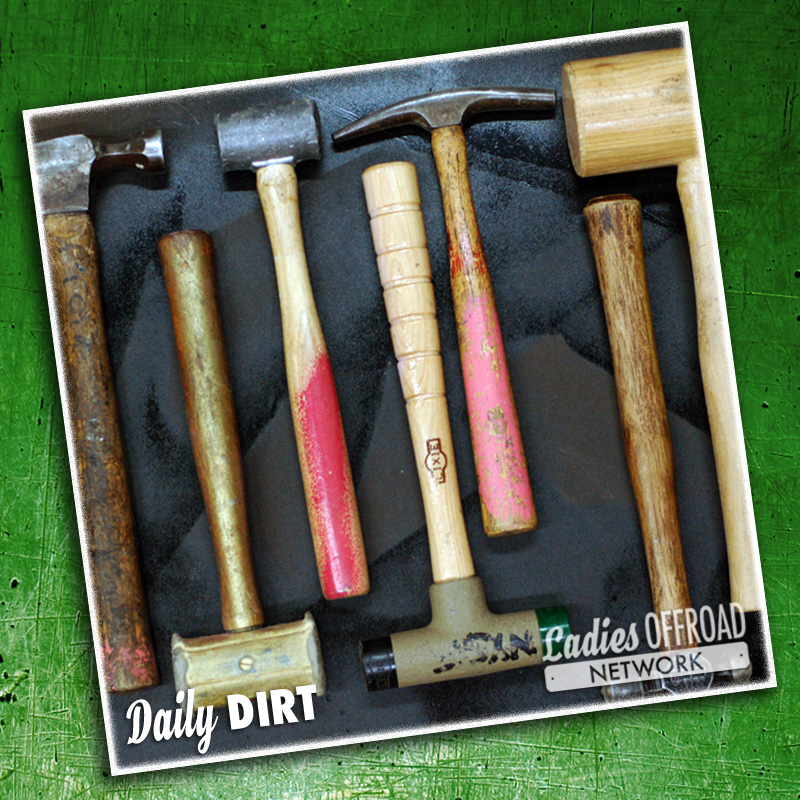 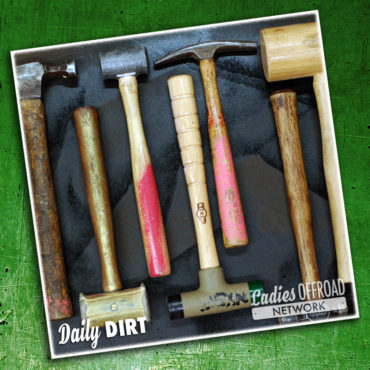 Hammers have a designated place in every tool box. There seems to be a hammer for every type of job! They may appear the same to the untrained eye, but each type has a different specific use. Here are some of the common types of hammers and their uses, so the next project you can make sure you’re using the right hammer for the job!

A Ball Peen Hammer, often referred to as a machinist's hammer, is a type of peening hammer used in metalworking. You can tell it apart from other hammers by the fact that is has a rounded head. It is commonly used for metalworking.

such as striking punches and chisels (usually performed with the flat face of the hammer). The peening face is useful for rounding off edges of metal pins and fasteners, such as rivets. The head of the Ball Peen Hammer is also harder than the head of a Claw

Hammer, so it is highly unlikely that it’s head will chip or crack on contact.

Vocabulary: Peening is the process of working a metal’s surface to improve its material means by striking it on the surface with a hammer, or blasting it with shot or a laser beam.

A Sledge Hammer is a type of hammer that has a large heavy head. The size of its head allows a Sledge Hammer to apply more force than other hammers of similar size. Along with the mallet, it shares the ability to distribute force over a wide area. This is in contrast to other types of hammers, which concentrate force in a relatively small area.

Sledge Hammers are often used in destruction work, the heavy weight allows maximum destruction with less force. They are also used in instances to pound a stake into the ground or help break one loose.

Mallets are often made of rubber or sometimes wood, and usually have a relatively large head. The term is descriptive of the overall size and proportions of the tool, most mallets have striking faces that are softer than steel.

Mallets can be found in all types of applications, from carpentry to softer metals used on machinery, and even in butcher shops to tenderize meat. Mallets are one of the most useful hammers.

To learn even more about mallets read our previous Daily Dirt Here!

The Claw Hammer is most likely what comes to your mind when someone says hammer. Its main use is pounding nails into a surface, or using the claw end to remove nails from surface. Because of this, the Claw Hammer is usually associated with woodworking and carpentry, but that doesn’t limit the use for this handy tool.

History: The first image of a Claw Hammer is in artist Albercht Durer’s etching titled Melencolia I from 1514. It is surrounded by nails and other woodworking instruments.

The head of the Claw Hammer is somewhat brittle. This means that it is NOT suitable for jobs that require heavy hammering or hammering against a metal/hard surface. The head will chip or crack under too much force. (This is also why users are warned not to smash 2 Claw Hammer heads together!)

Go out to the garage and check out that drawer full of hammers! Are you able to identify more of them? Grab one and swing it! See why one may better for shaping metal than one that’s meant to tear stuff apart.