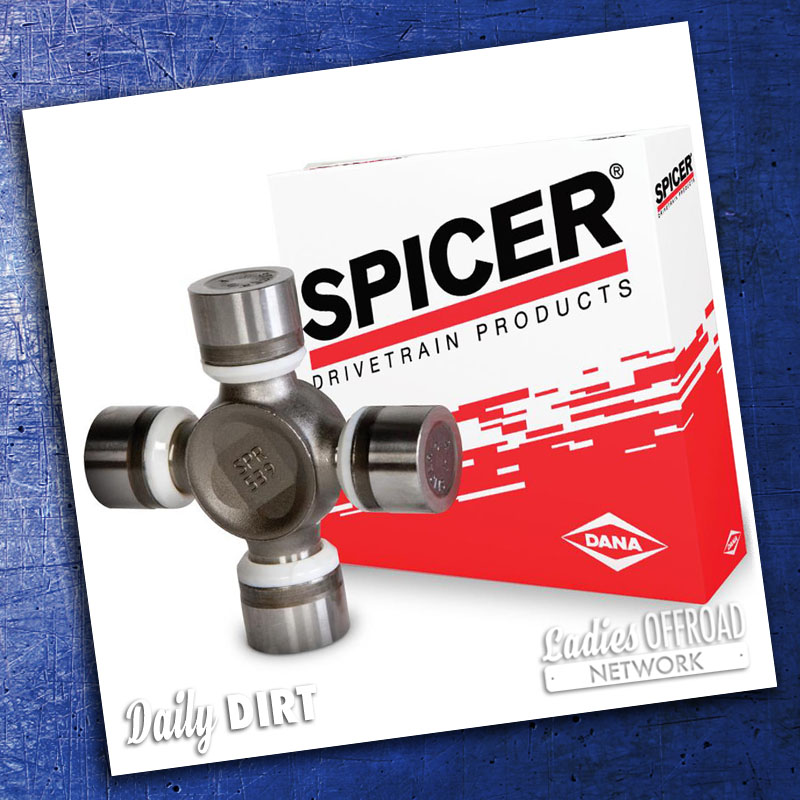 There are a U-Joints, CV-Joints, Carden Joints and more as part of the driveline and axles of our vehicles.  We caught up with Randall Speir, Marketing Manager for Spicer Parts and Dana Industries at King of the Hammers in reference to this months giveaway!  He helps explain what a U-Joint is and then we expanded below to listing 5 ways you know a U-Joint is failing.

What is a U-Joint: 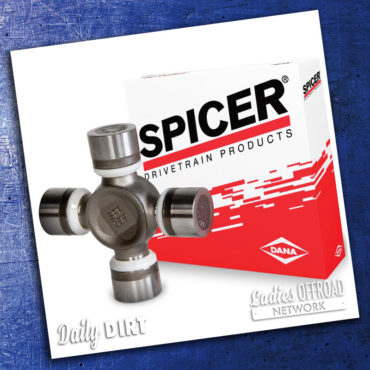 A U-Joint, universal joint or Carden Joint, is used in a position where flexibility is important to the vehicle or rotation motions are necessary. Most specifically on 4x4 and offroad vehicles, you will find u-joints attaching driveshafts and axle shafts. The structure to them is similar, but the sizes may be different. (vehicle dependent)

Commonly, there is a U-Joint at each end of the driveshaft. They allow the rear axle to move up and down in relation to the transmission without bending or snapping the driveshaft that connects them.   Some driveshafts may even have a U-Joint or 2 (Double Carden Joint) in the center.  There are also U-Joints commonly found on axles at the wheels.

A U-Joint has a lot of technology wrapped into a small part. It is a criss-cross shaped part with precision ground needle bearings, caps with triple lip seals, thrust washers, and grease.

Most U-Joints require maintenance being greased via zerk fittings, while new Spicer Joints are self-greasing. Assuming that U-joint dust seals are in top shape, you can follow Spicer’s on/off highway lubrication guidelines: 5,000-8,000 miles or every three months is the minimum. (Full Chart Here.)  It should be more often if your vehicle is subject to extreme offroading including stream crossings, snowy highways and sand or silt desert washes.

A Deeper Dive Into Driveshafts and U-Joints via Bower Power Hour:

5 Signs of a Failing U-Joint:

History of the Spicer U-Joint: 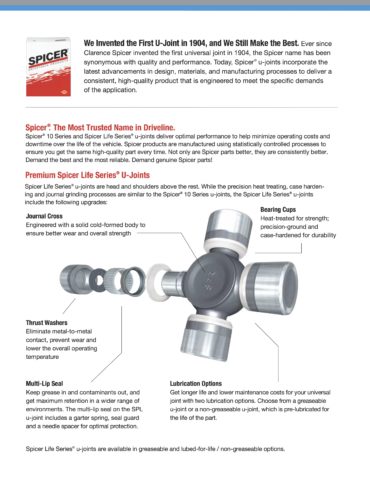 In April 1904, Clarence Spicer starts his company based on his patented invention of the encased universal joint, in Plainfield, New Jersey. This would replace the chain and sprocket in propelling a vehicle. Naming it Spicer Manufacturing Corporation.

In 1914, Attorney Charles Dana purchased a controlling interest in Spicer Manufacturing Company. Decades later, in 1955, he says, "I don't know what would have happened if I hadn't gone into the Spicer company. Mr. Spicer had a joint that was really wanted by car and truck manufacturers. If it had gone off the market, I sometimes wonder what would have happened to the automotive industry."

In 1946, Spicer Manufacturing Corporation is renamed Dana Corporation in recognition of Charles Dana's 32 years of leadership. Spicer becomes the brand name for the company's driveline products. 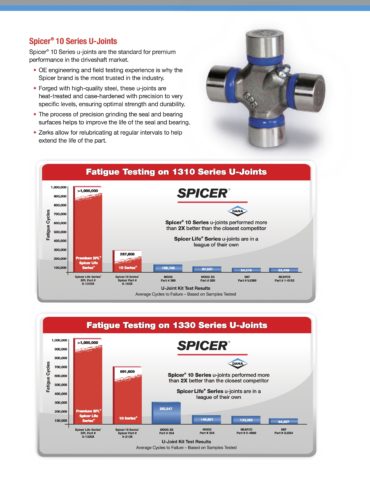