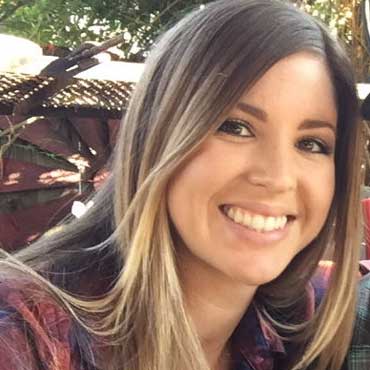 King of the Hammers Lady Driver Bio for Sarah Amaral 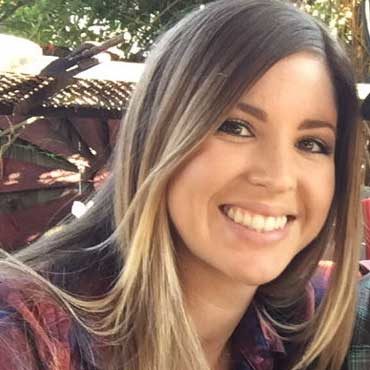 How do you know your Co-Driver? James Dutra is a good friend of ours. He has previously co-driven for Mike Trebino in a 4400 car.

How many times have you raced King of the Hammers? I co-drove for my husband two years in a row, finishing 3rd place in the Legends class for 2015 and also finishing 16th in Legends class for 2016. I’ve never actually been put behind the drivers seat during the race, so trading in my GPS for a steering wheel is a whole new ball game for me.

How did you get into Ultra4 Racing? We were always just people who went out recreational wheeling, and then my husband heard about a thing called King of the Hammers... it was all down hill from there. We have been coming to KOH for several years now and within a couple years of coming he started getting the itch to go fast like the racers and in turn made me want to do it too. That's where it all began..we had been working to get to the point of having something that was a good solid race car for our class for a few years before we actually raced it in 2015. 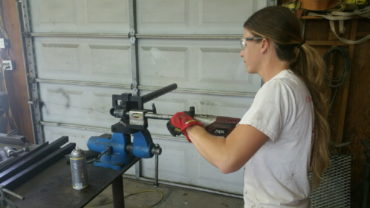 What has been your most exciting achievement in Ultra4 Racing?  I would say my most exciting moment for Ultra4 Racing is going into 2015 just wanting to finish the legend race and then, when we got 3rd, we were beyond ourselves and thought maybe we should do another race. Then, we went and won the Metal Cloak Stampede, all leading up to a first in Regionals and second in Nationals for the season. I feel like that was a huge accomplishment for a two person team with a small money backing that had a little dream of "just finishing the EMC race."

What does race prep look like in your world? Race prep in my world??? A husband and wife that has worked on starting and finishing the car I'm racing in about 2 1/2 months, while also having his Legends car to prep as well, and working my regular job as a hairdresser. I usually prep myself like eating healthier and working out when I'm co-driving (because I know the potential of having to get out and run the winch and trails is high), which is a normal regimen for me.  As of late with this new build, I haven't been quite able to do the workouts I would like, and well, let's just say we have a had a lot more pizzas delivered than we normally would since I haven't had much time to cook. We pit for the Cagliero race team, so they return the favor and help us out as well. Couldn't ask for better people out in the pits. 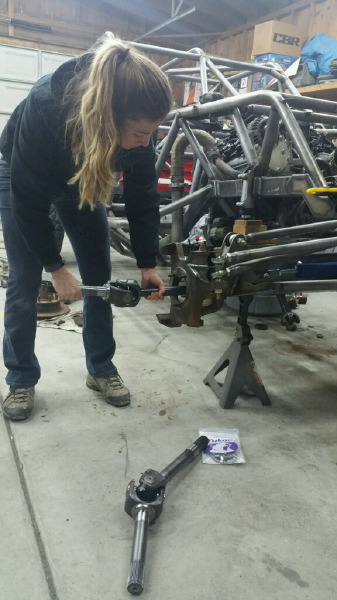 What are you looking forward to at this year's King of the Hammers? I'm looking forward to all the fun and memories to be had. I can't wait to see my husband after we both finish our races and ask how his day went. I'm so used to being his right hand man it will be very weird to not know what's going on with him until we are back across the finish line.

What are your goals for this year's King of the Hammers?  My realistic goals are just finishing the race just like everybody else. Do I want to be top 20? I feel like that would be cool. Would I like to be top 10? That would be even cooler. Don't get me wrong , everybody envisions themselves on the podium, and I think you have to have that to keep yourself at a reasonable pace to make that happen. So, with that being said, I have a goal of Making it on the podium.

What excites you about racing?  The adrenaline you get and just seeing where you stack up to the other people you're racing against.

What is a piece of advice that you have been given?  "Run what you brung and hope you brung enough" is what my husband always says before the races.

Tell us about the Team that Supports you. We have a great group of fellow racers, family and friends that are always there to help. 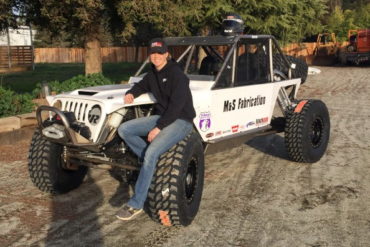 Sarah Adds: Thank you to Darren Mitchell for his continuous support of M&S Racing, it means so much! My awesome husband for building this car in such a time crunch to allow me this opportunity when I know he would rather be working on improving his own race car. All the people who come out to the races and lend a hand in the pits, we honestly cannot do what we do with out you all.