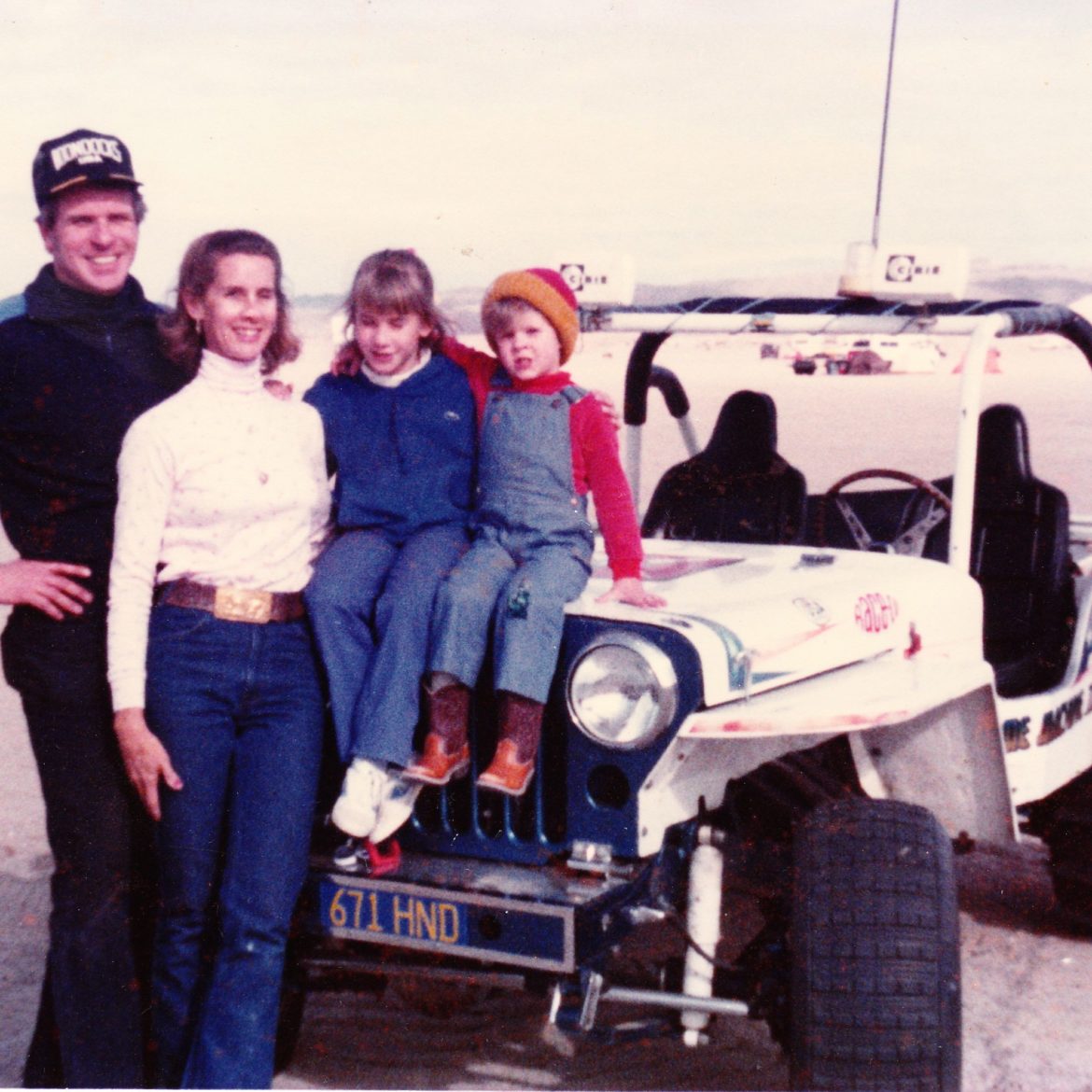 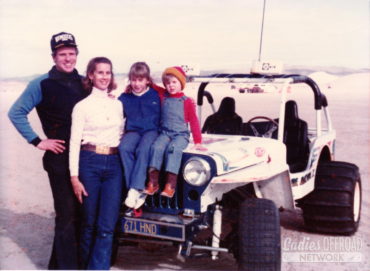 My Offroading Experience started when my Mom was 8 months pregnant with me in Austria pitting for my Dad while he competed, and won, the Gold Metal at the 1976 ISDT Championships. My first ride on a dirtbike was at Clear Creek when I was just one month old and wouldn’t stop crying, my Dad loaded me up and I came back asleep. 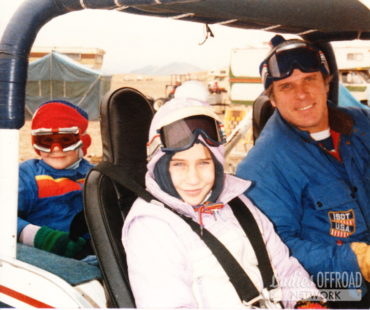 As a kid my brother and I grew up in the back seat of a flat fender on the Rubicon Trail, Northern California trails and exploring Moab. I’m lucky to say I have a vivid memory of going up, and down, Lion’s Back with my Dad as a teenager. This wasn't just any flaty, it was a sand racing jeep with a simple flip of an engine. It

was one of the fastest and nimble Jeeps running the Dumont and Pismo dunes long before suspension buggies. As our legs got longer, our family turned back to dirt biking and we would eventually be completing 500 mile all offroad weekend trips by the time I was graduating from high school.

My first job out of high school was changing dirt bike tires at Zoom, a motorcycle shop which I learned later I was the first girl they had ever hired. I proceeded to work through college and my way up through the ranks to being a multi-line parts and store manager at two different nationally known motorcycle shops over the next 15 years. Riding at the Glamis Sand Dunes during the winter and trips to Reno to go dirt biking during the summers was a weekend occurrence. 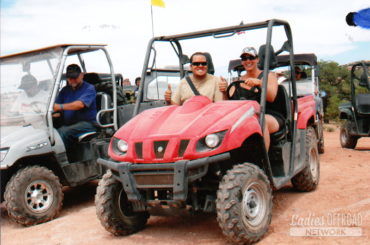 In need of a career change, I moved into the media world working for Sand Addiction magazine, which was a simple extension of my Glamis hobby. But they also added the title SXS Action as I came on board, following the most recent introduction of the Yamaha Rhino. At the inception of the UTV Market, and one of a handful that were significant to the growth of the market, I have been able to watch, drive and utilize UTVs in ways few can say. 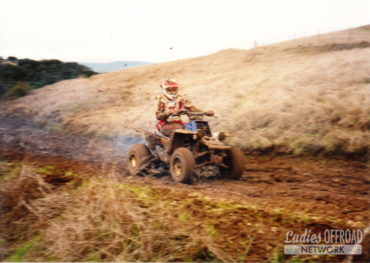 As the magazine world crashed in 2008 with the economy, it was time to start my own business: Bower Motorsports Media. A PR and Marketing firm for Offroad Companies, Racers and Events I have worked with some of the most influential business men and women in the industry telling their story and supporting their brand. 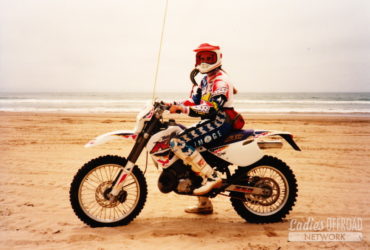 Although my Dad has never gotten rid of the flat fender, it has been since opening Bower Media in 2009 that I have been reintroduced to the Jeep and 4x4 market. I was the third in command of the 2009 King of the Hammers and have been part of the Ultra4 and Rock Crawling growth through media since. I have driven and watched the Jeep JK start as a vehicle that no one believed could work, to a vehicle that is extremely capable and demands an entire aftermarket community to respond. 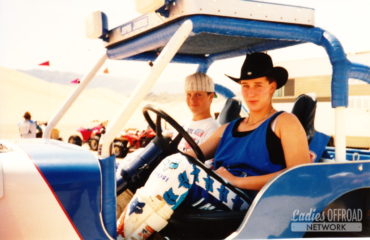 I have been able to get behind the wheel of quality Jeep JKs to complete tasks including a 1st place at the inaugural 10-day Rebelle Rally, a 2nd in Pro at the 36 Hours of Uwharrie event, a 2nd at Rally Venture, and 1st in Class at Fury Rode, all with contest winners in the co-driver position. Driving a YJ Tube Buggy, I was the fastest girl at the King of the Hammers Backdoor Challenge in 2014 and 2015, and completed the Arizona Undertakers Marathon – 16 grueling Arizona trails in 2days at 2 different locations.

I have been recognized by BFGoodrich Tires as one of their Performance Team Members, and was recently voted by peers as an Off-Road Motorsports Hall of Fame Industry Rising Star. 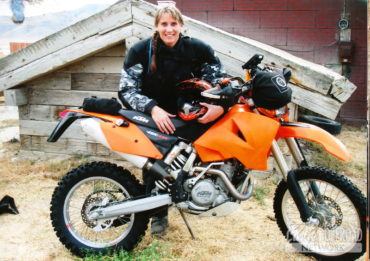 My driving and recovery skills have increased exponentially since moving to Arizona 5 years ago and being part of the Arizona Undertakers Hardcore Offroad Club where we hang from winch lines off vertical waterfalls and climb boulders that can only fit into swimming pools. Winching, recovery and trail fixes are regular occurrences. 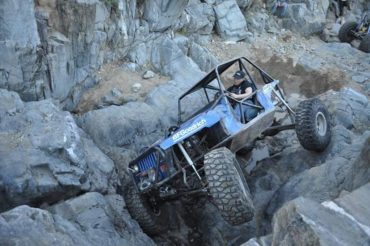 From a teaching perspective, I have always found ways to be helpful to those around me, at least those that will listen. Officially in 2009 I started our successful Offroad Marketing School that helps racers, companies and events understand the sponsorship relationship based around media and marketing. For the last few years I have attended events with BFGoodrich Tires sitting right-seat in their demo Jeeps giving new drivers pointers while educating them on the tires. Most recently I have started an online How-To series on Ladies Offroad Network that

explains the simple to more complex Tools, Skills and Tips without taking any information for granted. In 2017 I earned my International 4 Wheel Drive Training Association (I4WDTA) Certificate and was asked to join the Board of Directors. In 2018 I earned my Wilderness First Aid Certification.

Through the most recent development of Ladies Offroad Network, I have found my calling. I love working with all the different levels of ladies supporting them in their dreams and adventures. Through them I am also impacting kids and men as they carry on the conversation after 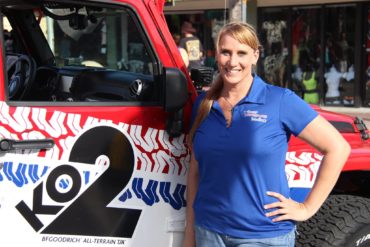 engaging with our How-To events or Bower Power Hour video series. I currently am working through a 10-year plan for Ladies Offroad Network that is both exciting and scary as we approach boundaries that have never been attempted but I know can successful navigated with business precision.

I have had the opportunity to be outdoors in an offroad vehicle in most all states, take on all types of terrain, battle all kinds of challenges, and I can’t wait to add more experiences to this list! 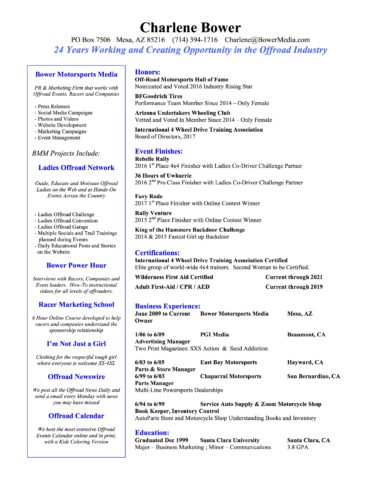 Wow!! Impressive story!! Thank you for all you do for us with in the offroading industry… And I loved seeing you and “mom” in those pictures! 💚💚💚💚

Thanks for reading my story 🙂 Can’t wait to keep building the chapters! -c-