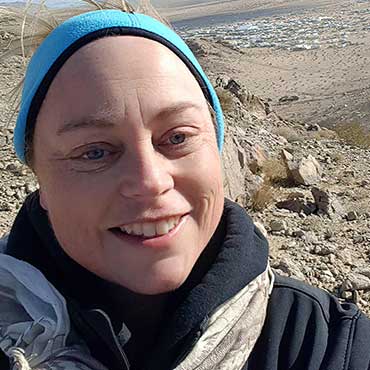 King of the Hammers Lady Driver Bio for Leslie Thomason 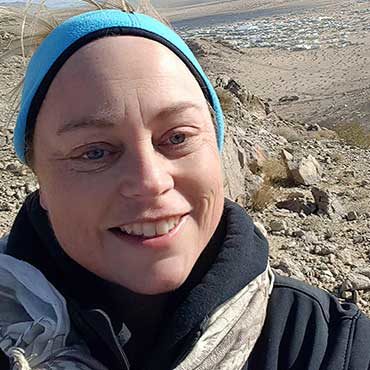 We will be qualifying on Saturday morning 2/4. I am also the team photographer, I will be photographing our other team drivers in the UTV race, the Vision X Shootout, Qualifying and the Nitto King of the Hammers race on Friday 2/10.

How do you know your Driver? Brian is my boyfriend.

How many times have you raced King of the Hammers?  Never have, first time racing in it! 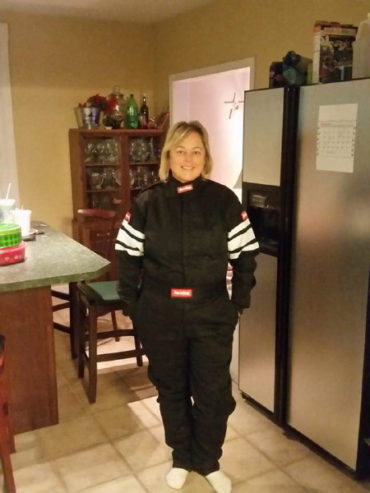 How did you get into Ultra4 Racing?  Brian's great friend and boss Kent Fults bought a buggy and decided to race last year in the EMC, I went along as the photographer, slept in a tent and in the race trailer for 10 days last year, had two showers in 10 days, but loved every single second of it.

I grew up about thirty minutes outside of St Louis, Missouri. I spent my teenage years off roading in lifted trucks and four wheelers and formed many life long friendships I still have to this day.  I did this up to my mid twenties until I had my son, who is now 19. I was out of it for a while until I met my boyfriend who I went to high school with.  We met back up with many years after graduation and we just hit it off from the start. We both ran in the same wheeling crowds just at different times. Brian bought Kent's rock crawling YJ and we have went rock crawling and trail riding many times with it. I knew his employer Kent Fults back from my younger wheeling days, who just now happens to own the race team and got us into Ultra4. It's such a small world.

What has been your most exciting achievement in Ultra4 racing?  Being part of the race team last year watching Kent Fults finish 3rd in the Smittybilt EMC race his rookie year, first Ultra4 race ever, it was awesome. 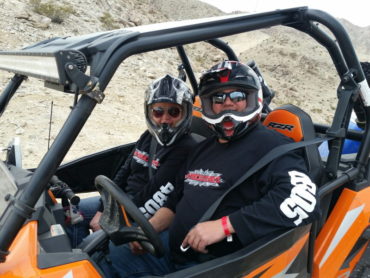 What does race prep look like in your world?  My race prep has been easy compared to Brian and Kent's. I have been trying to work out when time allows, and watch what I eat. I have watched thousands of videos from KOH, Spent a lot of time just being moral support for Brian as he is working his tail off getting the Jeep ready for KOH.  I have been doing the social media for the team and keeping that updated for our sponsors.

What are you looking forward to at this years King of the Hammers? It is so hard to list one thing. I love everything about King of the Hammers. From being isolated in the middle of nowhere, to being in a community full of fellow Ultra4 Racing enthusiasts. The sights of the sun setting over the desert, the sounds of horsepower. Being part of a team that all works together as one to try to achieve what some might think is impossible. Surrounded by fellow racers who are now great friends making life long memories.

What are your goals for this year's King of the Hammers?  To not let down Brian, and to not let down my team. To do everything to the best of my abilities as a co driver, and last but not least...to finish this dang race! 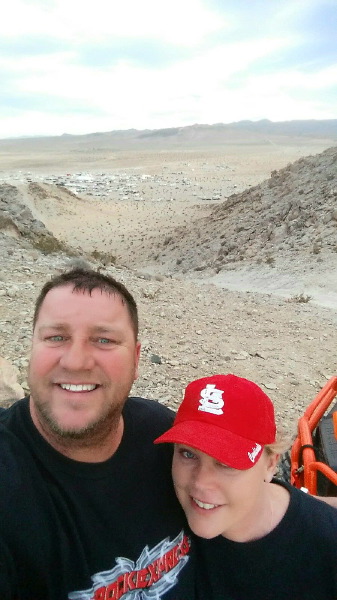 What excites you about racing? The adrenaline rush. And I am super competitive.  It's looking fear in it's ugly face and saying...not today!

What is a piece of advice that you have been given?  A few different quotes come to mind...if things don't work out after you have done all you can do..Kent's saying, "It is what it is," comes to mind.

Tell us about the Team that Supports you. Team Hot Rock Express is like a big family. The owner Kent Fults has gone out of his way to help share his love for Ultra 4. He makes sure that everyone that wants to be involved and help is given the opportunity to do so. Most of the team works together at his business or are friends of his two sons that are also racing at KOH this year.

Leslie Adds: I want to thank Brian for trusting me to be his co-driver.