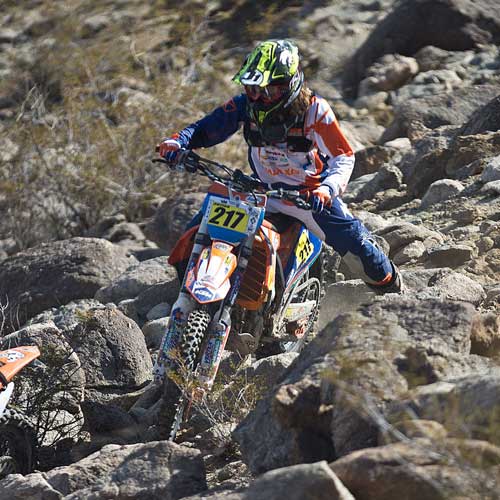 As written for Dirt Rider Magazine by Rachel Gutish

MOTO ONE: Not (That) Scared of the Dark 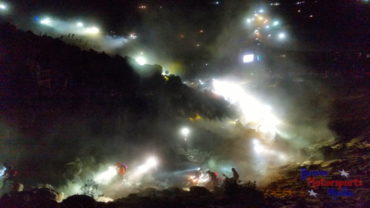 I like to think I’m a pretty good rider. I’ve been a women’s pro class podium contender in everything from National Enduros to GNCCS to Endurocross. I’ve represented my country 5 times in the International Six Days Enduro, and have an X Games medal hanging on my wall. But one thing I’d never done was race at night (I would like to thank Baja Designs for the loaner light system). We staged around 5:15, and waited for the sun to sink below the mountains. Jimmy’s dizzyingly colorful strobe light finally clicked off, and everyone killed their bikes. For a few seconds, everything was still, and then the crowd began to roar. Many of us yelled along with them. Time seemed to stand still, and then the light clicked back on and the chaos began.

Imagine dozens of red lights (the bicycle lights we were required to carry) swarming around you. Riders ahead of you are pelting you with sand, riders behind jostling you for position, because here is when it really matters. We finally make it to the rocks of Chocolate Thunder Canyon. Tires spin, people crash and riders try to force two and three bikes into one narrow line. Bikes overheat and clouds of coolant hang suspended in the air, mingling with the already substantial dust. By the time I made it to the top of the canyon there was very little liquid left in my radiators. I actually got excited whenever my bike started steaming, because that meant it wasn’t dry yet. Since I was concerned about running my (very small) battery dry on an electric-start only bike, I would switch off the lights and sit there in near-darkness while listening to my bike hiss and sputter as it cooled. Despite all of this, I actually had a pretty good time. I ended up 19th out of 65 in the amateur division. For my first night race, I’ll consider that a success.

MOTO TWO: Mistakes were Made 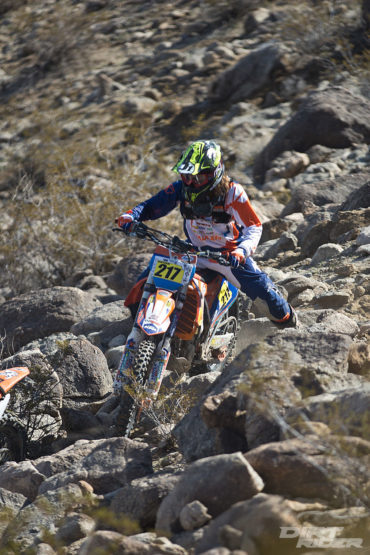 The start was a hillside with no established trail. I had no idea where to go, so I decided that I would just wait off the start, and watch where the other people went. In theory, this was a good idea. In practice, it meant that not only did a magical good line fail to appear, but I was now stuck behind all the other bikes in the bad ones. Frustrated, I refused to wait any longer, and jumped out of a bad line and into a worse one. That was a terrible idea.

Confused by the course workers waving, I peered a little more closely at them, trying to figure out what was going on as I raced down the trail. When I hit the large, partially buried rock a few seconds later, I realized what they were waving about. My back tire was above my head, both feet were off the pegs, and I think those workers could read all the sponsors on my side shroud. Somehow I saved it, and I swear my first thought was that I hoped someone had gotten a picture; it would have been great for the story. So, if anyone does have that picture, get in touch – I bet it was spectacular! I can’t be entirely sure though, because I had my eyes shut the whole time.

If Jimmy says navigation is really important, don’t pretend like you know how to ride with a GPS if you actually don’t. Even after racing the KOM 3 times, I’m still fuzzy on the whole thing and how to do it correctly. I don’t know precisely how the waypoints work, or how close to them you have to get. I’m almost never entirely sure of where I’m going or if I’m close enough to the trail. I’ve been able to get away with lack of navigational ability until now. In extreme sections, there’s pretty much just one trail. The open deserts are another story though, and that’s what this moto mostly consisted of. Johnson Valley has been an OHV area for a long time now, and there are tracks and trails as far as the eye can see. All of this explains why my track log resembled the scribbles of an angry kindergartener. Since I’m here typing this, you know I made it back. But given my disappointing 56th place, perhaps I should have just stayed out there.

My foot skids on a patch of loose dirt and dislodges a small cactus about the size of a tennis ball. It bounces down the steep rock face, going higher and higher with each successive bounce. After about 60 feet, it ominously vanishes into thin air with one last majestic leap. I hope it is not an omen of things to come. This was the scariest section of the course. So nerve-wracking, in fact, that Morgan Tanke (The two of us decided to work together on the last moto) and I both decided to walk the bike down the sharp incline. As it was, I still managed to crash twice, though fortunately I never went the way of the cactus. 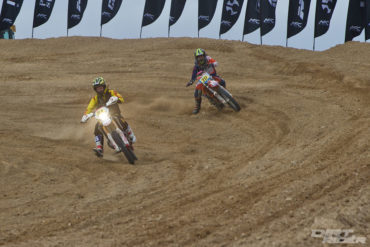 The front end is very high. Way too high. I jump backwards as it comes crashing back down, then panic as I see oil spewing everywhere. We race to get it upright, and inspect the damage. I lost a lot of oil, and worried I was going to blow up my bike. Since the oil just ran out the top, and nothing was broken or leaking, I decided to chance it. In other oil related problems, I later broke off my oil-fill cap in the narrow rock crack that I am now calling the Cyanean Rocks (if you’re familiar with Greek mythology, smile, because that was clever. If you aren’t, take my word for it). Morgan also had some fluid issues - a bent pipe burned a small hole in her radiator hose. We kicked the pipe back into place, applied electrical tape tape, stopped often, begged water from everybody we could find, and hoped for the best.

Despite the bike problems, we finally make it to Resolution canyon, only to be told we have 10 minutes before they shut the course down. I have never ridden up rocks like that so fast in my entire life, and Morgan was right on my tail. We raced each other to the finish, and there was less than a second between us when we crossed the line. When it was all said and done, I took 23rd in the final moto and 22nd for the event.

About halfway through that third moto, we were sitting and waiting on a bottleneck to clear. Morgan looks over at me, looks at our battered bikes, then looks back at me. She pauses a moment, smiles, then begins to speak. “I don’t know why this is fun.” I reply, “Neither do I. But somehow it is.” We both nod, like we have uncovered some deep truth about the universe and human nature. Maybe we have. After all, there were 87 other nutcases who joined us out here to put themselves and their bikes through the wringer. There’s something about races like this. They make you prove 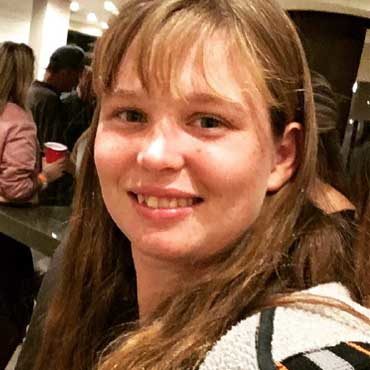 to yourself what you’re really made of. It’s an exercise in self-discovery. The cost is blood, sweat, and lots of broken motorcycle parts. The reward is a sense of accomplishment like no other.