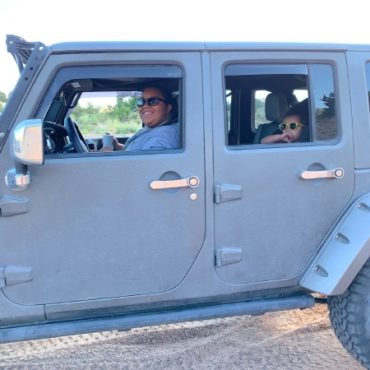 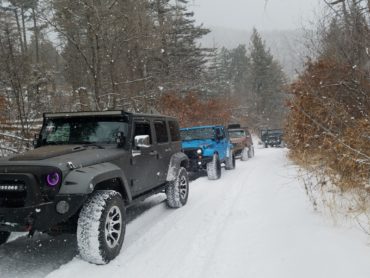 I am lucky enough to have an awesome uncle that pushed me past all the socially acceptable norms for girls. “Lex, get me that wrench. Lex, get me that socket,” were things shouted at me on a regular basis. As if I was supposed to know what that size was, let alone which one was a wrench or a socket. When we weren’t working on the four wheelers and dirt bikes, we were out riding them. If we weren’t messing with those, we were in his truck flying around the dirt hills.  As time 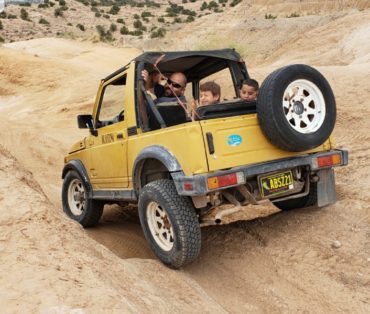 passed, I became less and less interested in all that and more interested in teenage girl stuff. I went from always driving around on something to always being on the phone.

Fast Forward, I am married, have two daughters, and am doing all the typical mom/wife things. In honesty, I can’t sit here and say that I was reintroduced to the offroading world by some miraculous event. No, my husband got a truck and I wanted something cool too. I test drove an outrageous black and pink zombie Jeep. This thing was like a solid foot above my waist, I could not even reach the grab bars to ATTEMPT to summon all my will power to lift myself into this giant. It obviously was not for me. One last look around the sales lot yielded a grey Jeep off in the corner. Now this Jeep was definitely badass, but in comparison to the black and pink one, this was just meh. I 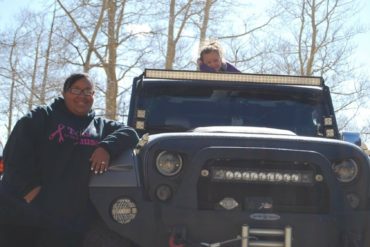 drove it anyway and decided to buy it because it was awesome and now, I too had a “cool” vehicle.

Mr. Big was his name. My daughters’ named him after the mob boss from Zootopia, because hello, moms don’t do anything without their kids! I would go out “wheeling”- really just driving on the dirt- with my family. I loved it, and my girls really loved it. I ended up running into a local Jeep group, that also happened to have a ladies chapter. We went on runs in my old stomping grounds and nostalgia hit me in the face. I thought why in the hell did I ever stop getting dirty. 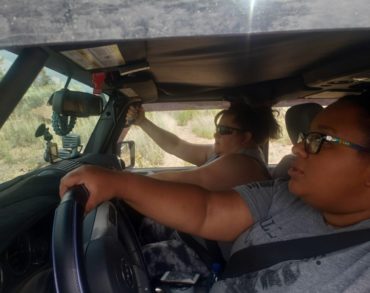 Now, the meh Jeep is my freaking third baby. His name is no longer Mr. Big because … “Mom, cartoon animals are for babies.” He is now T’Challa aka Black Panther because I am a nerd and love comic books/movies. Since being reintroduced to the offroading community I have experienced so much. I have gained friends, personal achievements and what seems to be a tribe of women that just want to see other women succeed. Helping others is a core principle for me and the encouragement I have received and have been able to give is so amazing to me. 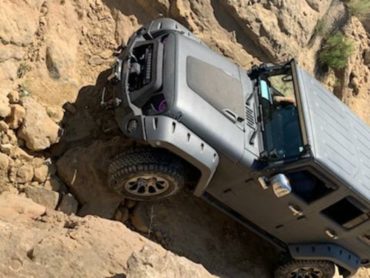 I have been able to share these experiences with my daughters, nieces, cousins, and even my mom. She is constantly on the 'Oh Shit Bar', but she is out there with us! I am thankful to T’Challa for helping me find myself again. I am not the most experienced offroader, there are things that I am scared of doing, and there are things that are a hard nope. My ultimate goal would be to get more comfortable in my own skin when it comes to wheeling and help out those that are struggling. I like the feeling I get when I conquer an obstacle that scared the crap out of me, but I really enjoy the scenic aspect of offroading.  My favorite trips 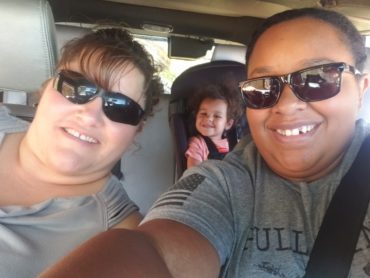 are those on the mountainous trails and plateaued lands. It truly grounds me and reminds me that there is so much to appreciate, you just have to get there!

I guess what I have learned from all these experiences is that Girls and Moms can do it! My daughters are already convinced that they will own Jeeps and be in the dirt every weekend. I feel very proud of myself that I have been able to give them a little bit of what my uncle gave me. It’s imperative for young people, especially young women, to realize it’s only a matter of getting out there, to get things done.

I am eager to learn new things, help people attain what they think is out of reach, and continue to explore.  Hopefully, this Mom and her Girls are an example of Girls DO do that!!! 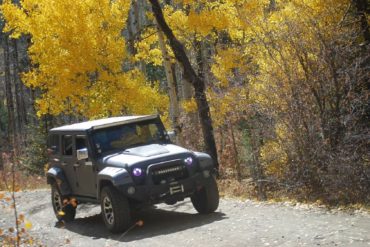 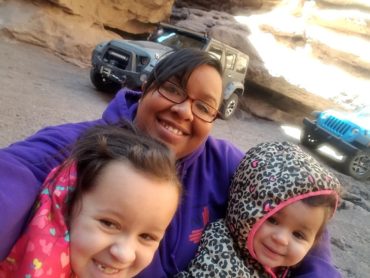