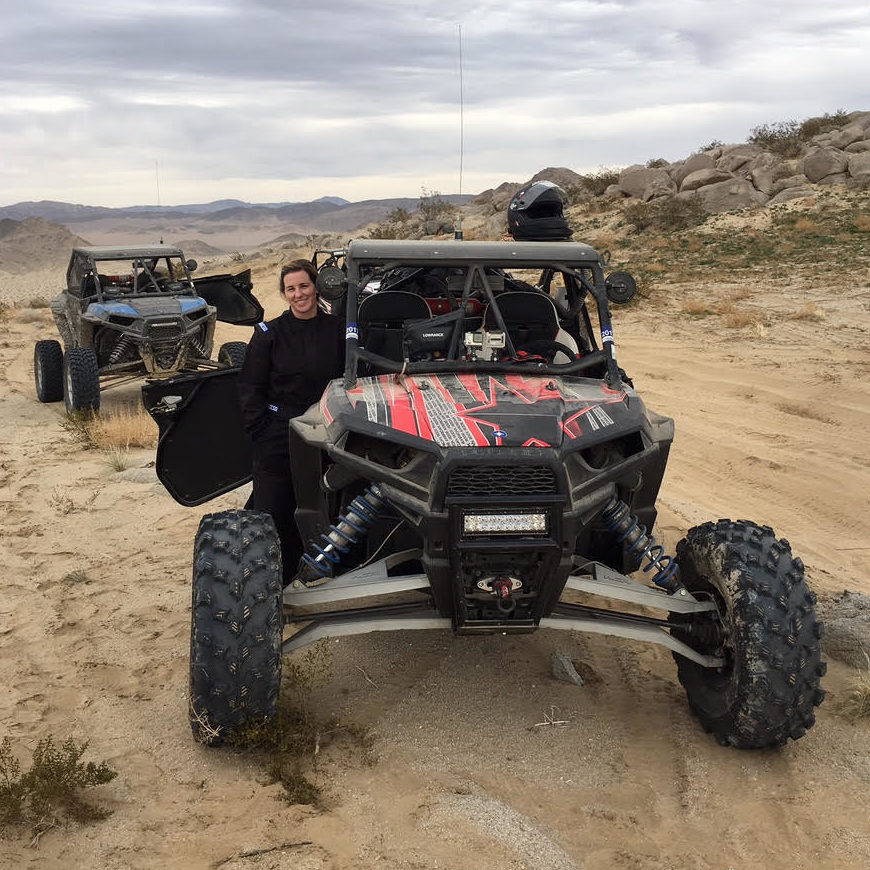 King of Hammers was such an incredible experience. I wasn't sure what to expect, but it by far exceeded my expectations. To say that I'm new to racing UTV's is an understatement. My world has basically been airplanes, but I was ready to dip my feet into the world of UTV's.
My friend and coworker Paul started racing not too long ago. Every trip we flew together (we're airline pilots at the same company), he would show me pictures and videos of his races. I was pretty fascinated from the start and wanted to join the fun. When Paul asked if I wanted to be his co-driver for KOH, I was beyond excited...and nervous! I mean, what did I know about this world?! Pretty much nothing, but I had a lot of people willing to help me. Paul and I knew we wouldn't win, but we had three objectives; have fun, be safe, and finish.
Paul was sponsored and getting support from Bill and Chris Barnett from America Rock Rods. During pre-running, they helped Paul and I get used to the course and working together. It's incredible how much you can learn from watching and experiencing everything. Not once did they make me feel stupid for being such a newbie to racing. I was so worried about that, but everyone I ever met was nothing but supportive. We decided that Paul and I would race the first lap, and since Paul had as he said, "never been over a curb,"  he 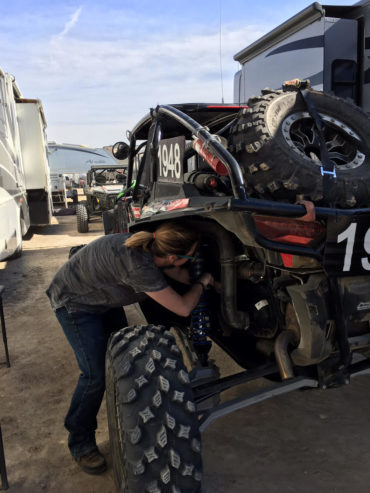 was going to swap and co-drive with Chris Leaming for XTC Motorsports. To say that Chris isn't an incredible driver is a huge understatement! Day two of pre-running Paul and Chris drove and I got to drive with Chris from American Rock Rods. That day was a blast. I got to experience going down 'backdoor' and really see what KOH's is like.  Learning from such an amazing driver was such a fun experience.
Race day was very nerve wracking for me. I knew I was only doing one lap with Paul, but I didn't want to get him lost or not be able to help him. He kept saying, we're here to have fun!  In my mind I kept thinking, why are you nervous, you fly an airplane...yet I was. The second that flag dropped, all the nerves disappeared. Paul did an amazing job and I managed to not get him lost. We were very lucky and didn't have any mechanical issues our lap. The GPS had a bit of a lapse which was frustrating, but we had a blast and were laughing during parts of the race. After the first lap, I got to hang out in the pit with Bill from American Rock Rods and Chris Leaming's dad Bob. We drove as fast as we could and went to go watch Paul and Chris finish the race. It was pretty awesome standing there and watch them finish the course going down backdoor with no issues. Chris Barnett and I hopped in his Polaris and raced to go watch them on the podium. It was an incredibly proud moment seeing them up there as finishers. 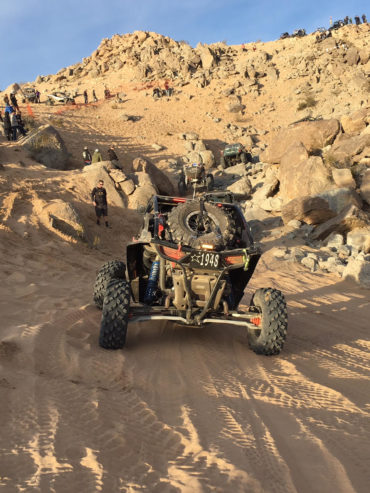 My first KOH experience was an amazing experience. I was so worried I would feel out of place since I was so new, but everyone was so helpful and supportive. I loved going to the Ladies Offroad Network Socials and meeting all the awesome women every morning. Thanks for putting it all together Charlene!! I would also like to thank Paul for giving me the opportunity to go to KOH and to be his co-driver. We did exactly what we wanted to accomplish and is helping me take 'can't' out of my vocabulary. Also a huge thank you to Bill and Chris Barnett from American Rock Rods. Thank you so much for all the support, not only for helping me out, but for all of the hard prep work before KOH. They were the best sponsors we could ask for. Also a big thank you to our other sponsor Chris Leaming from XTC Motorsports. The car wouldn't have finished without his driving expertise through those rocks. It was incredible to watch. Next year I would love to come back and race the whole course. I plan to continue to learn and maybe one day not be just a co-driver! 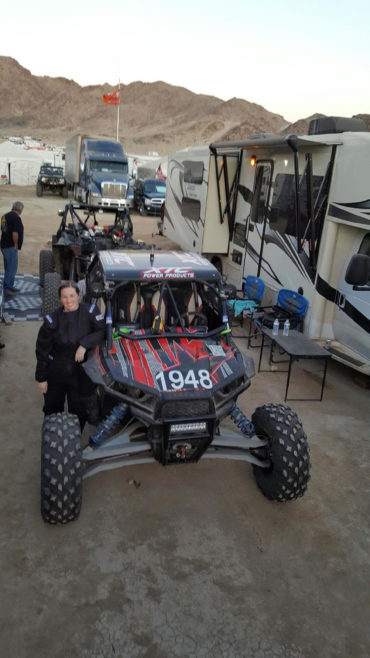