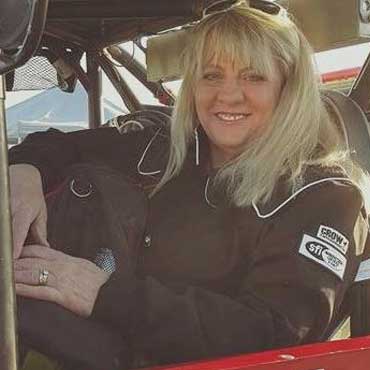 King of the Hammers Lady Driver Bio for Beverly Croy 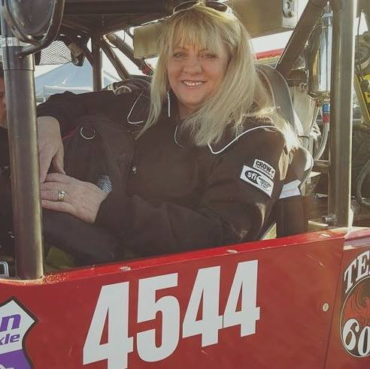 How do you know your Co-Driver? Bobby is my husband.

How many times have you raced King of the Hammers? 2016 was my first year racing KOH - in the Smittybilt Every Man Challenge. I lost reverse before the first pit, so I could not continue into the rock trails.

How did you get into Ultra4 Racing? I have done competitive sports my entire life but it wasn't until I moved from Ohio to Arizona that I learned about desert sports. My husband and I spent many years riding dirt bikes and quads. We started going to the dunes and it wasn't long before we realized how fun sandrails were - we bought one and soon after a second one so we could both drive. We got a Jeep Wrangler and started going on jeep rides and got into rock crawling with our neighbors at Table Mesa Road just north of Phoenix. 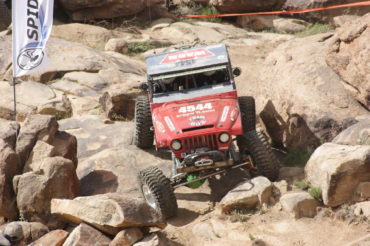 Our neighbor recruited my husband, Bobby, to be his co-driver in the 4400 class, and I knew by the second race that I wanted to have my own car to race. When I mentioned to Bobby about us getting our own race car he said he was more than happy being a co-driver so I told him fine - he could be my co-driver. He agreed and after several months of constant pestering we bought a 1998 Wrangler TJ and the process of having it built into a race car began. I didn't realize how long it would take and tried to be patient (sometimes unsuccessfully), but when they said they were getting close I requested that it be ready for Ultra4's King of the Hammers. I realized KOH might not be a good first race but I didn't care. The car got done about a week before KOH and I drove it for the first time in Johnson Valley just a few days before the race. Even though we lost reverse and didn't finish the race we still had a great time. We did realize very quickly that the 4.0 Inline 6 motor wasn't big enough to be competitive so after the Glen Helen race in June the guys swapped out the motor for a 6.0 motor - around 450 horsepower. The new motor is awesome and we are ready to race! 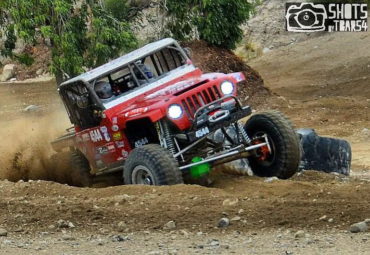 What has been your most exciting achievement in Ultra4 Racing? The race last year at Glen Helen was the most exciting. The track was very fun and competetive. Even with the smaller engine we qualified in the middle of the pack. But we didn't hear the speaker announce that they were moving the race up 30 minutes so when we went to line up for our final the race was starting so we started at the back of the 4500's and 4600's.   Didn't matter - it was still exciting and fun!   My goal was to keep it on all four wheels and finish the race - and we did - finishing 9th out of 13.

What does race prep look like in your world? Race prep involves my husband and Team 602 constantly working on the car to get it race ready in additon to trips to pre-run it. 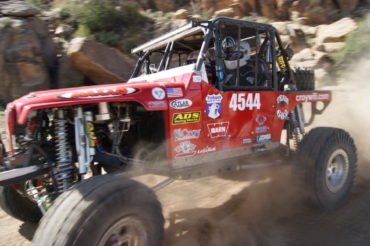 What are you looking forward to at this year's King of the Hammers?  The entire experience of the King of the Hammers is just awesome! We have made so many new friends and we're looking forward to seeing our new race family. Everyone is so nice and friendly and it's great that all the competitors don't hesitate to help each other. I'm excited to race but also can't wait to watch everyone else race too.

What are your goals for this year's King of the Hammers?  Of course, I want to win the race I'm in.........but my biggest goal is to finish the race and do the very best that I can. I don't just think of the race as competing against the other competitors but it's also me vs the terrain!   The course at King of the Hammers is a combination of desert racing and rock crawling and the terrain is always changing so just completing the race will be the thrill of a lifetime! 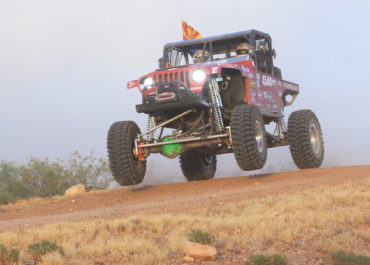 What excites you about racing?  The thrill and challenge of the race! I never doubted I wanted to race but will admit when we pulled up to the starting line last year at the Hammers for my first race ever I did have a moment of "what the hell have I gotten myself into"! But the flag went down and we were off........the moment of fear was gone and my competitiveness took over!

What is a piece of advice that you have been given? Airen Patrick told me to just race my race, to listen to my co-driver, and have fun!

Tell us about the Team that Supports you.  We are part of Team 602 Racing, which was started by our friend and neighbor Airen Patrick. With Airen's supervision Jeff Legge was the fabricator who tore down our 1998 Wrangler TJ and made it into a race car.   Mechanic Tim Handrick prepped the new engine. My husband Bobby and my brother-in-law Steve Croy put the new engine in the car and Steve continues to do fabrication for us. Our neighbor Anton Finnman did all the wiring and Tyler Turdo did the awesome wrap.   I could not to this on race day without the help from my Co-Driver Bobby Croy and our pit crew Airen Patrick, Tim Hendrick, Steve Croy, Michael Gillen, Robbie Miller, Anton Finnman, Branden Salem, Nick Riley and Tyler and Kelli Turdo. 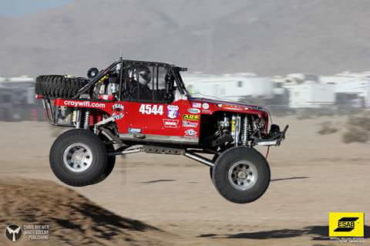 Beverly Adds: Just a special thank you to my husband Bobby Croy and Airen Patrick for all your support and for putting up with all my questions (my new nickname is Questions Croy) - I couldn't do this without you!