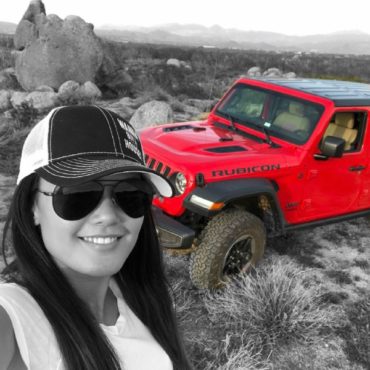 “Daddy, shouldn’t you pull over?” I asked. “Yea, yea. Have your seat belt on?” my father asked as he looked towards my lap and kept driving. Wasn’t until we got to the front of the house that he finally stopped. After I was ushered into the house, I can tell that this wasn’t good. I tried to go back out to see what was happening, but my grandmother said “stay inside” as she nervously peered out the window watching in agony. After about 10 minutes and grandmother was nice and distracted, I tried to run out the door and cried out “Daddy!” Until this day, I can still see the look of sadness and shame that my father had on his face as his hands were cuffed behind his back and they lowered his head into the back of that patrol car. At the age of approximately 7-8 years old, I couldn’t help but 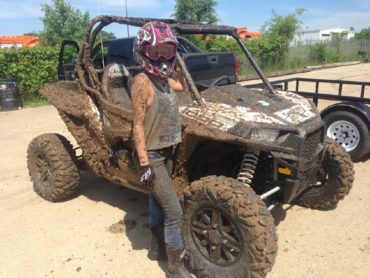 be angry, confused and bitter. Even I knew that San Quentin wasn’t a place anyone should ever want to be. I didn’t understand why this happened. Why didn’t he care enough about me to make a better life for himself? 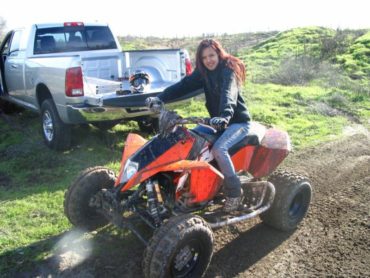 A few years later, there I sat on the warm, concrete stoop on a summer’s day. Confused and waiting for answers. As the investigators combed through our house (which was actually a trailer), I couldn’t fathom what was happening. My mother in the back of one police cruiser and her boyfriend in another. Men in black vests poured in and out of the place. You know they were searching hard, when I could hear the “ding” from my Easy Bake Oven and the “cha- 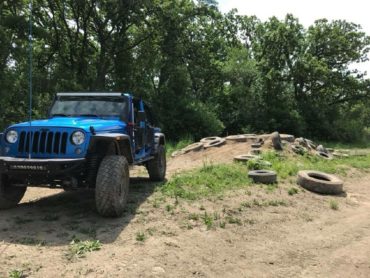 ching” from my make-believe cash register going off from my room. They weren’t going to find anything in there though; it was the master bedroom they should’ve focused on. Finally my mother was released and able to get out of the car, but her boyfriend wasn’t so lucky. I still remember the look of anger in his eyes as the car pulled away. Once the raid was over and I returned to what was left of my room (which was shared with my 2 brothers), I couldn’t help but feel like something in me had changed. I knew, even then, that this couldn’t be right. This couldn’t be how things were supposed to be. I started to ask myself things like “Should a 10 year old really have to deal with things like this? Why? Why me? Is this what my life is going to be like?”  This was just a few stories off the tip of the iceberg…. 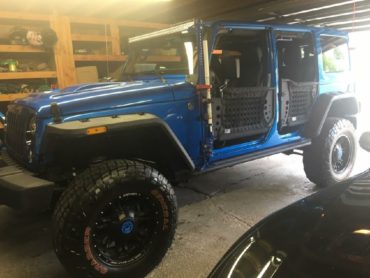 She wasn’t perfect and her taste in men was obviously flawed, but my mother tried. After my parents called it quits when I was approximately 3 years old, we struggled to make ends meet. We lived in a trailer park until I was in about 6th grade, and then we jumped from house to house dragging my mom’s great boyfriends (eye roll) over the years along for the ride. I can’t even tell you the amount of evictions we had (I’m an expert packer!). I went to about 5 different schools in 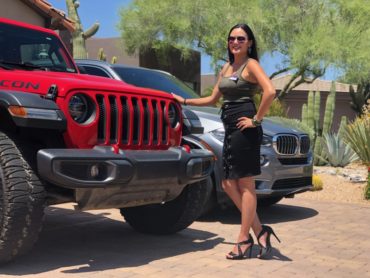 6th grade alone and still somehow managed to leave 6th grade top in my class with several awards, including the Presidential Achievement Award. I had to help my mom raise my two brothers; one of which has special needs. Don’t get me wrong, there were some tough times, but there were some good times too. We still got to go to Disneyland, went on camping trips, had birthdays and toys at Christmas like other kids. My father wasn’t around much, but I did 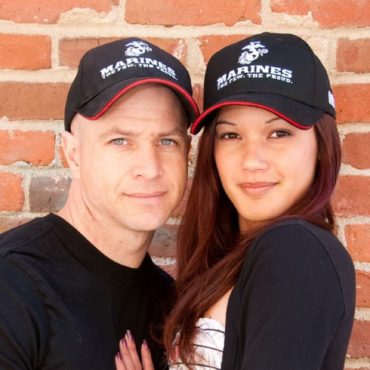 get quality visits with him in between his stints in jail. Growing up with a single mom is never easy.

I buried myself in school while learning to deal with the struggles at home I was facing. I was decorated with awards at my 8th grade promotion as well, and even performed a song at the ceremony. A lot of childhood memories were repressed to protect myself and help me move forward, which I didn’t realize happened until I was older and looked back on this. I went through a rough patch in high school and experienced problems with alcohol abuse in my teens. I was homeless during a portion of my sophomore year of high school, and it took a while for me to recover my strength and snap out it. I realized that I had to forgive my father and all of the other people that I held anger and bitterness towards. It dawned on me that my father’s drug addiction was in-fact an illness and an internal fight that had nothing to do with me. I recognized that his love for me had no bearing on whether he stayed clean. I had to believe that he loved me, and illness or no illness that wasn’t going to change. (FYI, I'm happy to report that my father is currently drug-free 🙂 and we do stay in touch.) 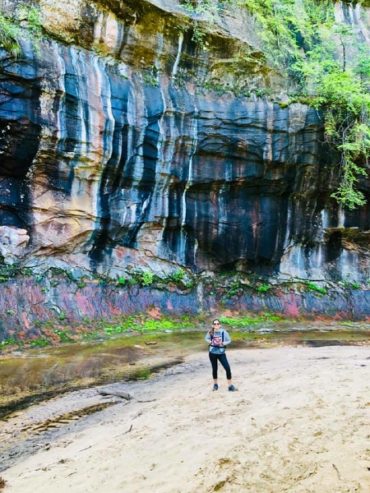 I surrounded myself with more positive people, and I started to learn from role-models in my life. New experiences made me open up my eyes to the fact that the struggles granted to me didn’t have to define me. I began to realize that life didn’t have to be the constant struggle and hustle that I thought it was destined to be. I could be better if I made it better. 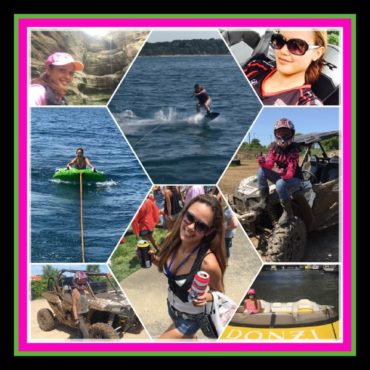 I moved out when I was 16 and started working. I put myself through college and was determined to make sure my life was different. Working 40-60 hour weeks while putting myself through college wasn’t easy, but I walked away with 3 degrees and multiple real estate licenses with designations. I went on to pursue a career in the real estate and property management field. I have managed things like portfolios of 300 single-family homes throughout California and even luxury, high-rise buildings in Chicago. I now focus solely on real estate in Arizona where I reside with my husband and two fur-babies. 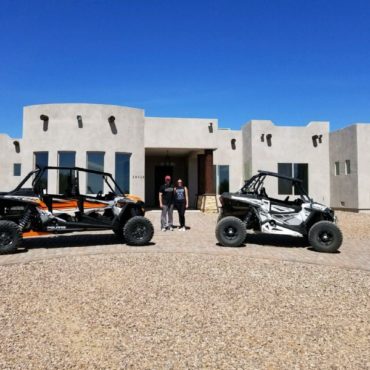 My childhood experiences forced me to grow up faster than I would’ve liked. My husband loves to poke fun at the fact that he thinks I’m really an 80 old woman that is trapped in a 30 year old body, LOL. Since I grew up in northern California, I often retreat to nature to keep my head on straight. I enjoy being in the mountains, on the beach, in the water or playing in the dirt. It’s pretty much my outlet and how I like to deal with that thing called life. 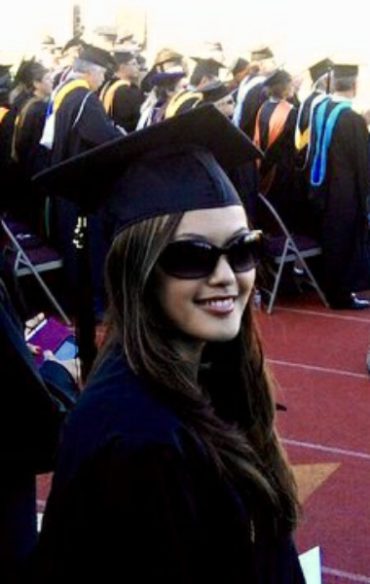 I wanted to be creative on our first “real” date, so I decided to surprise my husband with going to an indoor racing track. Not only did I think it would be something different than his usual first dates, but it would also give me a chance to make sure this man knew what he was doing behind the wheel. After all, I grew up with mechanics in my household, so I have to make sure he could stack up. After a few rounds around the track (and me winning of course LOL), I decided he could stick around for a while. 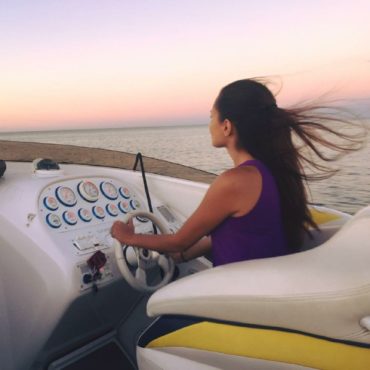 A few dates later, he decided to pay me back with a joy ride on his KTM ATV. Let’s just say I had very little ATV experience before this since I grew up mainly around classic cars and lowriders, so I was a little hesitant. But since I was a cocky little brat, I couldn’t let him know that of course. Needless to say, I was muddy and my hair was a hot mess afterwards but loved it!

A few years later, we moved to Chicago due to my husband’s military transfer and we bought a RZR side-by-side that we didn’t really get the chance to use as often we had liked since we lived in the city. We would have to drive hours before getting to any decent off-road trails/parks. Because we rode so seldomly, my husband would hog the driver’s seat (annoying!). The first time we got the chance to go out was in western IL. I was super excited to even be in the passenger’s seat along for the ride. I broke out my new riding boots, helmet, gloves and all…I was ready…or so I thought. 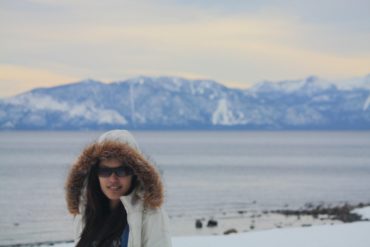 “You good?” he said as he roared off looking over at me with an evil grin on his face. We tore around this trail that wrapped around a lake. As we came fishtailing around the first corner, I quietly whispered to myself “oh sh*t” as I saw the huge mud puddles that lay before us thanks to a storm that had graced us with its presence a few days prior that we both didn’t take into consideration when we planned this day. My husband stopped the RZR, looked over at me and then back at the trail. He gripped the steering wheel and slowing inched through the first puddle so we didn’t take on any mud. After about the third one, the speed demon inside my husband reared it’s ugly head, and he slammed on the gas. Imagine you’re in a kayak paddling up on a whale and he slams his whole body down right in front of you engulfing you with water….that is pretty much what was going through my mind. The water came up over the top of the RZR completely enveloping us; I was soaked head to toe. And remember that this isn’t just water we’re talking about; it’s thick, heavy mud too. After that initial shock of having been treated to an unexpected mud bath, I was hooked. By the end of the day, the RZR was covered in mud and so was I, but I had a smile on my face. Thank goodness the trail head had bathrooms with a shower. I literally had to scoop handfuls of mud out of my bra, hair and lady parts before being able to ride home in our truck.

Not long after that trip, we decided to trade in one of our cars for a JK which eventually became my daily driver on steroids. Our toy collection keeps growing and even extended to a 33’ boat. We recently traded in the JK for the new JL and I love our new baby. Not sure what’s next, but I know that I can’t live without what I call my dirt-therapy.

I’m even currently working on a project that will combine my love of off-roading with my real estate world, so stay tuned for details (thejeeprealtor.com coming soon!). 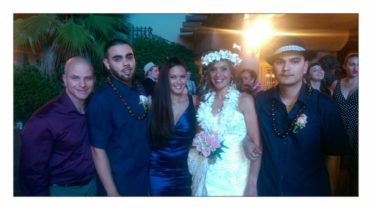