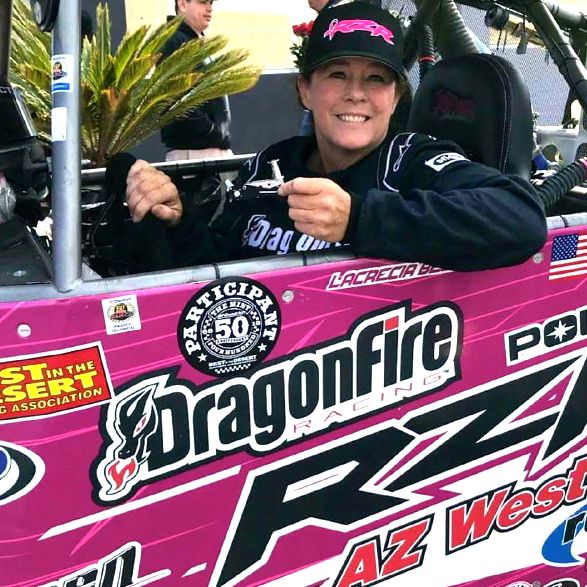 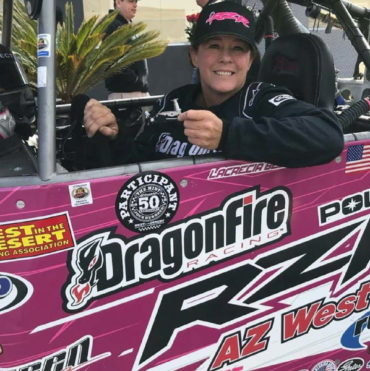 We had so much fun at the 50th Anniversary of the Baja 1000 that we knew as soon as we got home in November of 2017, that we were going to gather up all our friends and race the 50th Anniversary of the Baja 500! Even though we started planning in November, the end of May came up quick! We decided to take a family and friends vacation and stay the week before the race to pre-run and enjoy beautiful Baja! We rented a house in San Felipe for the first half of the week.  After a fun day on the beach, we started pre-running my half of the race, which was mostly on the San Felipe side of the peninsula.

The San Felipe side of the track is well known for the miles and miles of whoops. Even though we didn’t race on the traditional tack there, it still held up to its reputation.  At the end of my section, we ended up at Mike’s Sky Ranch Road. Having never been there before, we decided to run up there. We didn’t have enough pre runner seats for everyone, so, we loaded up the cars on trailers and 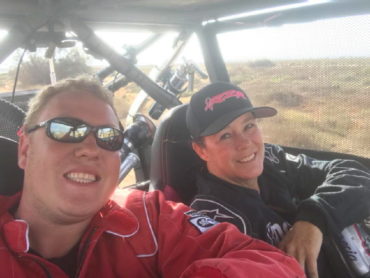 proceeded to head that way. Who knew you could rock crawl a 1 ton Dodge pulling a trailer with 2 Polaris RZR’s on it? It was an adventure, but we made it!

On Tuesday we sent Eric, Zach, Bob, and Don across the peninsula to pre-run Eric’s half of the race. We tracked them on RacingTrax all day anxiously awaiting their return, or sitting on the beach having pizza and beers!

Wednesday came and we headed over to Ensenada to our rental house on the beach. We unloaded and headed to La Bufadora for dinner.  Someone bought a  bottle of tequila and we spent the night on the beach with a fire and drinks, telling stories of Baja! 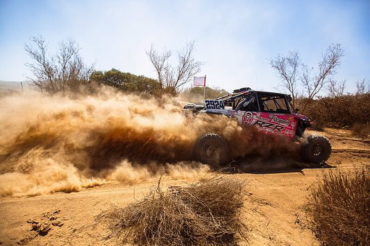 Thursday was tech day for us. After we rounded up all the crew we headed into Ensenada for a day of fun!  We hung out with Raceline Wheels, signed some posters and then went through tech and contingency. We passed through tech with ease and headed back to the house to finish up race prep.

Friday was the only day you could pre-run the start, so Travis and I hopped in the pre-runner RZR and headed out to Ojos. We ran into the famous Dustin Battle Axe Jones on the trail and a host of other racers all checking out the start of the race. Back at the house, final touches were made on the car, chase strategy was made and we drifted off to sleep with visions of checkered flags dancing in our heads.

Saturday was race day! We woke up early, loaded up and headed to the start line. Anxiety was kicking in but we knew we had never been as ready as we were this time! 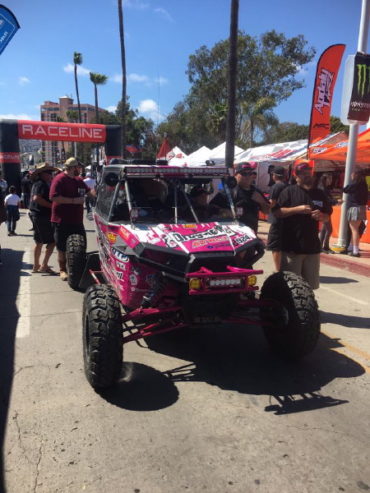 Travis and I took the green flag and headed out to an immediate 37MPH speed zone. It seemed to last forever! We finally hit the dirt and began our quest for the checkered flag! We passed several UTV’s and other cars. Just outside of Ojos Negros with hit the silt, this was the only part of the track that we didn’t get to pre-run. There were stuck trucks and buggies everywhere. We carefully picked our way around them and made it out without getting stuck ourselves. As soon as we were out and on hard packed ground Kristen Matlock blazed by us! I have no idea how she made it up to the turbo class so fast, but she did and was on a mission! Congratulations to her and her team for winning the overall! We continued on and soon found ourselves in the whoops of San Felipe. Trying to keep up pace and protect the car was rough. Somewhere around race mile 220 the car suddenly became hot. Travis jumped out and found the radiator cap smashed and the water gone from the radiator. We dumped all our bottled water into the radiator and began to limp our way to the crew who were waiting for us at race mile 240ish. They replaced the cap, filled the car with water and then found that the front of the chassis was cracked and needed to be repaired. They took a couple of wrenches from the toolbox that we hoped we wouldn’t need and welded them to the frame. The motor did not seem to be hurt, temps were normal so we headed back out aiming for race mile 270 where Eric would take the wheel and finish the race. We got about 5 miles when the car became hot and went into limp mode. Something had stopped the charging system from working and the radiator fans would not come on. The car got excessively hot and died. The crew was close by and towed us to the highway where we discovered that the head gasket was blown. The donor car was across 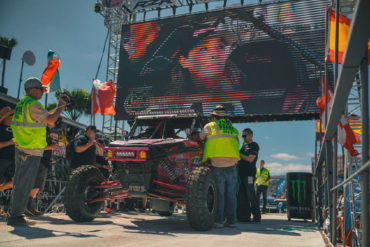 the peninsula at Camalu. We called them, Bob and Don hopped in their RZR headed out across a cut off road to meet us and loaned us the head gasket off their car. The crew worked tirelessly pulling the race car apart while we waited for the guys to arrive. Unfortunately time was not on our side. By the time the donor car arrived, it was too late to make the finish line. Especially hearing of all the bottlenecks around race mile 315. It was decided to put #2924 on the trailer and call it a day. It was very disappointing for everyone. No one wants to take a DNF (Did Not Finish) but it was in the best interest of everyone and it was so.

We had one of the best times ever with a great crew! Eric, Trevor, Zach, Kevin, Bob, Don, Joe, David, Susanne, Harry, Eric, Travis, Logan (aka Nathan), Josh (aka Parker) and myself make a pretty good team. Thank you all for sacrificing time with your families to be with and support us in our racing efforts. Every one of you are appreciated so much more than I can find words for!

Thanks for sharing my story! It was an epic adventure!