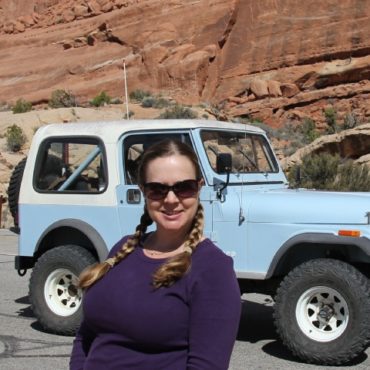 My husband and I, just after our first year wedding anniversary, decided to take the plunge and get a four wheel drive vehicle we could have some fun offroading in.  We decided on a standard cab, half ton truck, that would serve double duty in terms of offroading and hauling capabilities.  Within a month we found ourselves sliding sideways down an icy tie road on the back side of Frasier Mountain in Southern California, realizing acutely how little we knew about offroading.  Soon after making it back to the safety of the pavement, we enrolled ourselves in local offroading classes to familiarize ourselves with the principles of the sport and maybe pick up some safety lessons while we were at it. 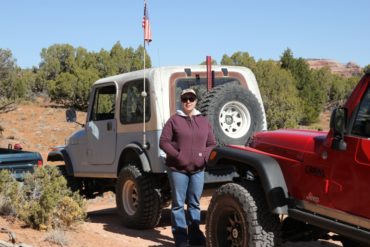 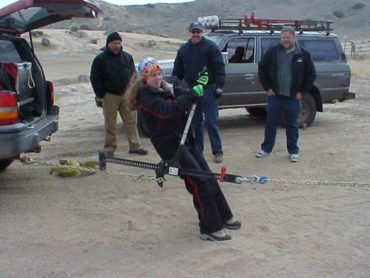 I have been offroading with my father since I was a young girl.  My dad bought the baby blue CJ7 Jeep that we drive today,when I was just five years old.  That first summer, he and I took the Jeep for a cross country trip to visit family and see some amazing things along the way.  Although it was early summer, entire mountains in the Rockies were still covered in snow.  We saw Mount Rushmore and stopped to visit friends.  We didn’t have time for many trail miles but made unforgettable memories counting off the miles together and staying in hotels.  For many years after this, my father, stepmother and I would take day trips in this Jeep and take a picnic lunch in the back country of the Superstition Mountains near Apache Junction Arizona or head north for the mountains to get some relief from the heat.  As I entered my later teens, this Jeep helped me learn to drive and became my daily driver around town and to the river while I visited for the summer.  And although I had been around this Jeep for much of my life, I hadn’t really learned the mechanics of off road driving and tackling obstacles. 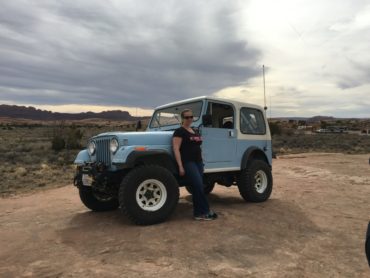 After the icy sliding day and a variety of classes later, my husband and I began volunteering as first trail hands for training trails and eventually as assistants with the classes and trails.  We had many opportunities to sharpen our skills while learning to drive an off road pickup with terrible approach and departure angles. It was fun to see students marvel at the fact that something other than a Jeep could make it through off road obstacles and trails.  In order to help with 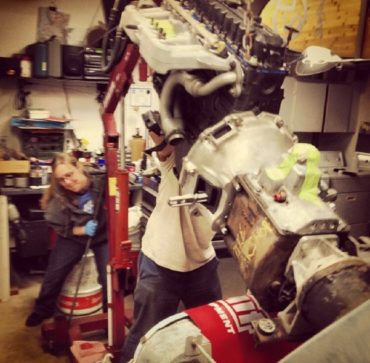 communications and have another safety measure, we both passed the test for our HAM radio licenses.  Little did we know that this allow to meet a whole new group of people interested in both HAM radios and offroading.  We made many new friends in the next few years and went on several offroading group trips to places such as Oceano Dunes, to play in the sand near Pismo Beach and dealing with rocks and washed out roads in Death Valley.  My favorite part of all of this was the beautiful country we would see and wonderful people we would meet, all while having fun. 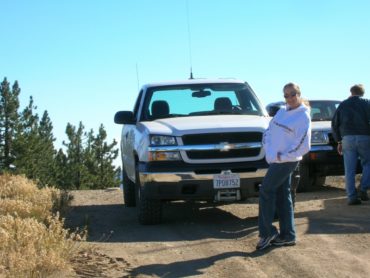 While sharing off road memories with a fellow HAM radio operator, it was suggested that we volunteer at a local rally race as heavy sweep.  The heavy sweep basically follows the race cars after each heat through the dirt trails to clear the road and recover any cars that had driven into ditches or crashed off course.  This role really helped us to reinforce our knowledge of flat towing with straps and winching, all while under time restraints to keep the race moving as smoothly and timely as possible.  My husband and I made a good team where he would do the majority of the driving and oversee tow connections while I juggled maps, radio communications with race officials and other odds and ends such as stranded rally drivers and the aftermath of accidents.  We assisted a couple of the southwest circuits covering three states.   I am happy to report that all participants and volunteers of these events went home exhausted but safe. 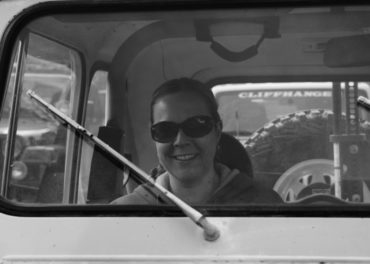 By this time, the CJ7 had been sitting for several years at my dad’s house as no one really had the time to work on it or even play in it.  A rattlesnake and several packrats had taken up residence and the Arizona sun had baked the seals, gaskets and all four tires.  My stepmother and I lovingly nicknamed it the Heapie as a play on Jeepie because it needed so much TLC.  My husband and I called up my dad to see what his plans were for the Jeep as we knew he turned down offers from local people to buy it.  He seemed really happy that family was interested in it and said we could have it if we could get it home.  We made a trip out to see them with an empty trailer and a big bag of tools and after some coaxing, got it home it Southern California.  We spent that spring overhauling the Jeep just to 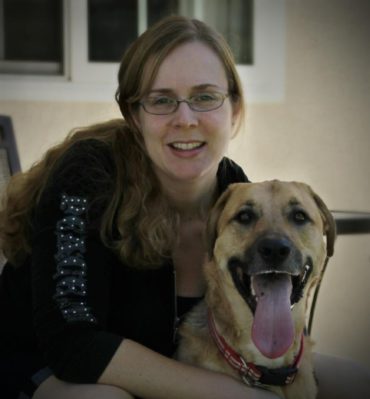 get it to run.  Water had seeped into the engine block and seized a cylinder so we found a junkyard 4.0 and stuffed that under the hood.  Time and money was spent where we could get the most performance and safety features.  We put in a rear locker and a modest lift with slightly bigger tires.  We kept the original paint and burn mark on the hood because it had character.  Funny enough, this became our most reliable vehicle and could be counted on when our daily driver battery died or needed maintenance.  The average person wouldn’t look twice at it. 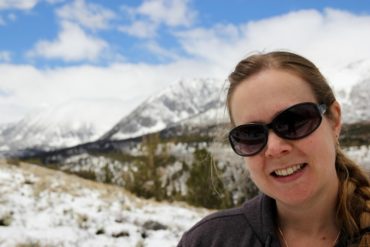 Now with a mostly stock, but capable CJ7, we had an appetite to try tighter trails and more challenging obstacles that our truck just couldn’t manage.  We practiced wheeling in Gorman and my husband tried the Miller Jeep trail with friends.  We eventually set our sights for the Easter Jeep Safari in Moab, Utah.  We had never seen so many offroaders or vehicles in one place and we fell in love with the community, the trails, and the gigantic red rocks.  Not everyone was excited to see the Jeep, thinking it would be the one to break down during the trail but you should never judge a book by it’s cover!  It was at Moab that 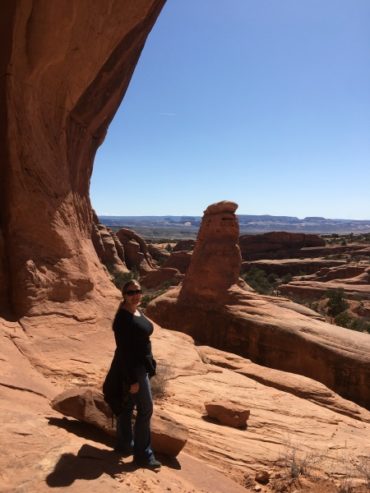 we first heard of Charlene Bower’s first ladies challenge to win a seat in her vehicle for one of the events should would do that year.  Although my husband and I are a great team, I honestly don’t see as many women out there enjoying offroad.  I decided to sign up and became one of the original challengers.  Now, I am a shy girl and it was tough getting out there on social media and trying to earn votes.  I didn’t make it very far in the competition but I gained a network of lovely ladies promoting women and I love to see ladies learning and gaining confidence.

Although offroading isn’t my only hobby, it has remained a hobby I have enjoyed much of my life.  As a CPA, I am confined to an office with endless staring at computer screens, especially during tax season.  I tend to find myself in the co-driver seat but I like working with maps and working out problems.  This also gives me the opportunity to take tons of pictures of the scenery without inhibiting our progress.  I am really looking forward to this year’s challenge with Charlene’s group and to learning new things.  I am lucky enough to have a husband that fully supports me and I am hoping to meet new friends, near and far.