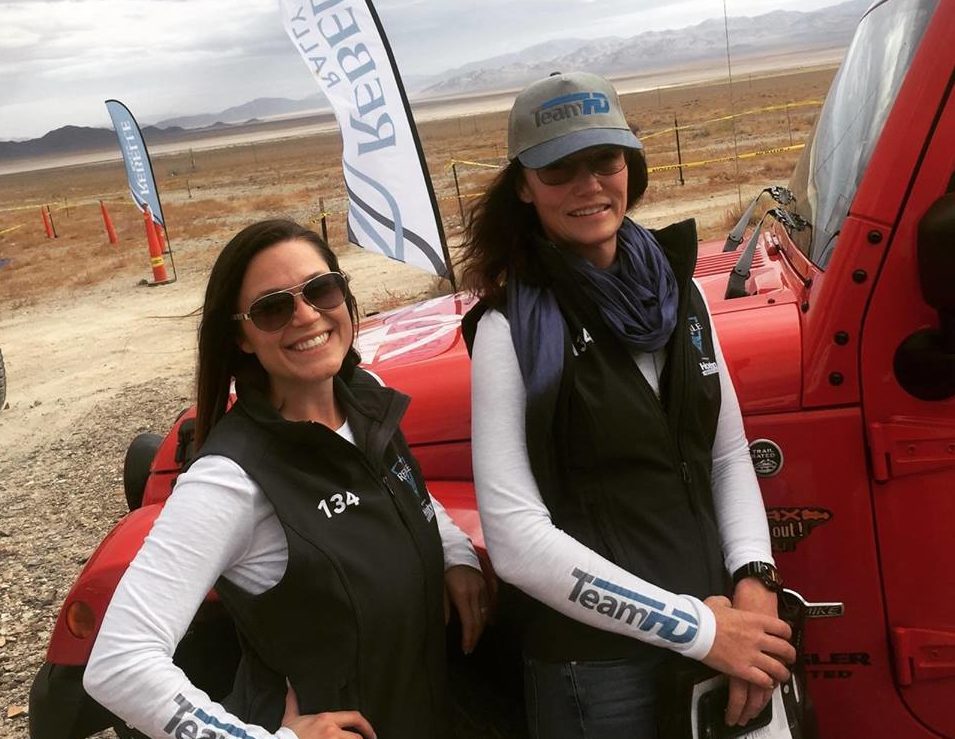 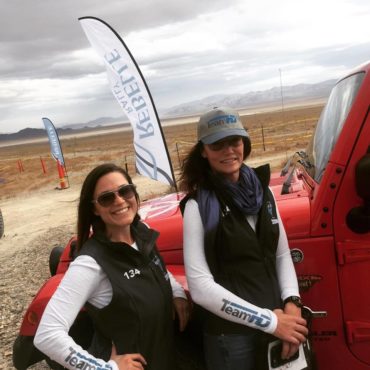 When the dust settled at the close of the first-ever, women’s off-road rally in the U.S., Team HD claimed an impressive 4th-place finish. It was the first time that Shelby Hall, who comes from a legendary family of desert racers, took the wheel as the solo driver in a competition. And, it was the first time that Amy Lerner, an accomplished international four-wheel-drive competitor, performed as a navigator. The 7-day event traversed a variety of difficult terrain with few distinguishable landmarks that included rugged four-wheel-drive trails, rocky tracks, sand washes, and dunes with steep, sharp razor backs.

The hotly-contested navigation rally challenged a field of 33 teams from 19 states and 4 countries. It started on the shores of Lake Tahoe, Nevada, and ended in the Glamis Sand Dunes of southern California, after 1,200 miles of trials for the two-person teams and their lightly-modified vehicles, with both 4WD and crossover classes. Hall and Lerner motored their 2015 Jeep Wrangler Unlimited to within 1 check point of a podium finish. The teammates came to the rally with a “steep learning curve” but ended Day One in first place, subsequently dropped to 11th at one point in the rally that had increasing orienteering and driving difficulties as it neared completion. 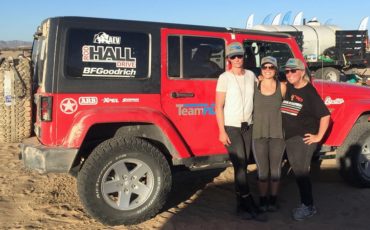 “It took an incredible amount of stamina to stick through the long days, especially when we got lost or were confused in our search for check points but the spirit of friendship, with Amy and others on the rally, really helped,” said Hall. “At times, it was like looking for a Sharpie in the middle of the desert,” said Lerner, who also added that it took experience and effort to “crack the code” that organizer Emily Miller and her team used to bring an exciting and demanding challenge to the teams, as well as to take them through some of the most majestic scenery in the American southwest.

“Our vehicle set-up was a great asset, as it performed flawlessly and did exactly what we wanted it to do,” said Lerner, at the finish. “The upgrades provided by our sponsors made our Jeep Wrangler into the work horse we needed.” Hall drove the Jeep non-stop back to Reno following the rally, and remarked, “It was not only highly capable off road during the competition, but it was functional and comfortable on the road, when I needed to drive home and use it for a 4WD training class one day later, for a Rod Hall Drive event.”