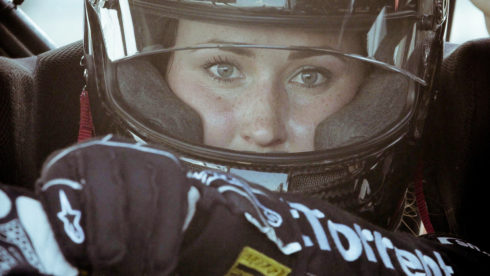 from Southern California will be the first woman to compete in the SPEED Energy Stadium SUPER Trucks Presented by TRAXXAS Series. BitTorrent Inc. has been supporting Sara in the buildup to this event.

Price will make her debut during the Honda Indy Toronto July 15-17 in Toronto, Ontario, Canada. Hitting speeds of upwards of 140 mph, and launching over 20 feet in the air, the identically prepared 650 hp Stadium SUPER Trucks offer Price a unique opportunity to prove herself in a discipline dominated by men.

Sara has continuously been breaking down barriers in motorsports. She won over 17 national championships in motocross and medaled in the X-Games before making the switch to four wheels, winning several Off-Road and Time Attack racing championships. 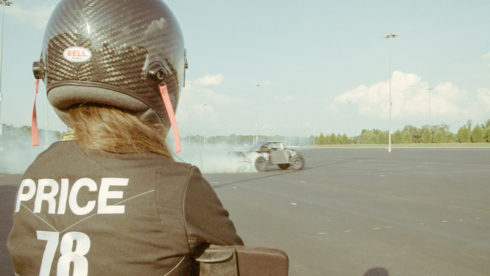 She’s determined not only to be the first woman to start in Stadium Super Trucks, but to contend for a spot on the podium:

“I’m extremely excited to be transitioning into the SST Series. When Robby Gordon called me 2 years ago saying I need to get into one of his Stadium SUPER Trucks, I just put my head down and started getting to work. SST is where I want to be, and I’m very pumped to be competing in the same exact truck as the other competitors, it’s truly a dream come true.”

“Sure there has been other women whom have competed in motorsports history, but it is not too often you are able find the complete package. Sara has the talent, beauty, and sense of drive, to continue writing Stadium SUPER Trucks history well into the future, including becoming the first female SST winner and push to become a Champion.” 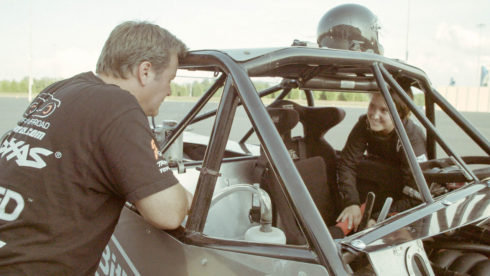 Sara is supported by BitTorrent Inc., a media company dedicated to empowering radical voices in sports, music, film, and more. Their global consumer media platform gives athletes and brands outside the mainstream exposure to over 200 million fans.

Jeremy Johnson, co-CEO of BitTorrent, says: “BitTorrent is incredibly excited to be supporting Sara. We’re dedicated to supporting the individuals in action sports who break the traditional mold and bringing their stories to the world.”

Influenced by the former Mickey Thompson Stadium Off-Road Racing Series, where drivers such as Gordon, Casey Mears and six-time NASCAR champion Jimmie Johnson got their start, Gordon created SST in response to the public’s overwhelming interest in trucks and off-road racing. His plan to re-launch the former stadium series has led to exciting racing on both asphalt and dirt, while producing one of the most extreme forms of action sports today.

Other than the trucks launching 20 feet in the air covering distances more than 150 feet, what sets the SST program apart from other series is the fact that all the SST trucks are identically prepared and delivered to drivers in race-ready condition. Race winners are decided by driver skill rather than individual team engineering and budgets. Drivers and their personal mechanics are assigned specific SST mechanics who together tune and make minor adjustments to the 600-horsepower trucks.