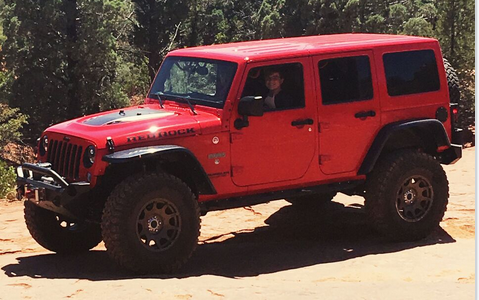 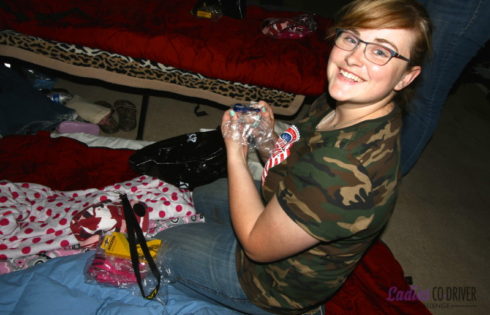 Being the baby of the group is something I've gotten very used to and the Ladies-Co Driver Challenge was no different having just turned 21. I was still the baby but nobody there made me feel that way, well except for when they asked who the baby was… but aside from that I wasn't treated like I didn't know as much as anybody else, or like I didn't have as much value as anyone else there, it was really nice to be among my peers and to be treated as an equal to them!

All of the women in the challenge with me were 100% there for to support each other! Our first night in Phoenix was a lot of just getting used to everybody, nobody knew anybody and we are all kind of like fish out of water but we knew we were all going to be there for each other right from the start. Ladies were offering to share blankets and beds, to cuddle on the couch with each other, because that's normal, and just trying to help each other out. The support was amazing. 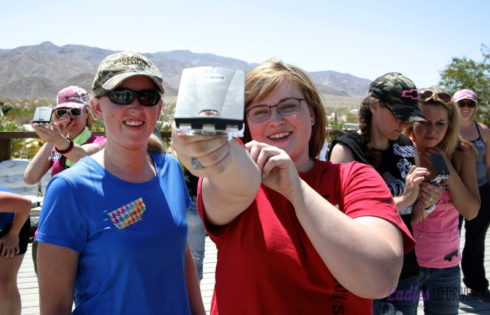 After we had a chance to settle in we found ourselves sitting in the van and got on our way to the very first adventure. While at the Goldfield Goldmine we were given photos cards that we had to go and scavenger hunt to find the same photos paying attention to all the little details, angles, sizing, and where certain things were at in the photo. That is not as easy as it seems but it was really awesome to do it because of the challenge! The next morning we were up bright and early ready to go all pretty excited about not knowing what was going happen as we settled in for a long drive, or at that time what I thought was a long drive, because compared to the next days drive two hours were nothing. We had a couple girls using their phones trying to figure out where we were going by using the GPS, which said would be arriving at this time and so that means that we can be going to two places that are within arrival at that time, creative thinking at its finest. 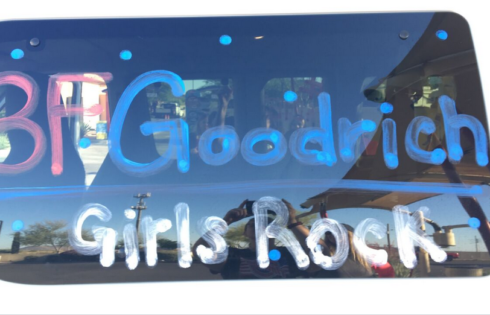 As soon as we saw the sign for Barrlow Jeep Rentals I think we all knew what was going to happen. Also seeing Nena standing out on the corner I think was kind of a giveaway. After hearing about the women the myth the legend that is Nena down in Moab during Easter Jeep Safari and watching youtube show on the Ladies training weekend I had a good idea on what to expect for the day, but of course my expectations were so far surpassed! We learned about pulling winch line, using hi-lifts in the proper way and in unconventional ways, and how to assess obstacles. One of the gals Leigh even got to pull her very first winch line I don't think I'd ever seen someone so excited about getting put to work it was pretty cool to see and watch her grow. After we were done with the "in class stuff” we got to hit the trail for a few minutes. 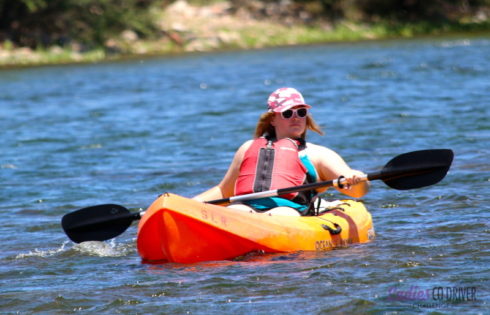 I got to watch Lauren drive her first jeep which was pretty awesome and then I got to take my turn driving a JKU. I must say it is a lot different then a TJ but having Lauren to help me understand the turning radius because it compared closely to her Toyota’s it was no big deal. After we were done saying goodbye to Nena, we all loaded back up in the van and got on the road back to back to Phoenix.

Of course we had to make a pit stop though for dinner at a pretty awesome little bar called the Road Runner, we had some great food and got to see a bull at the rodeo arena. When we got back to town it was pretty nice to get to relax I think I ended up in bed around 9 o'clock and I'm pretty glad I did that considering that we had to be up even earlier the next day and little did I know I wouldn't be getting to sleep again until two in the morning. 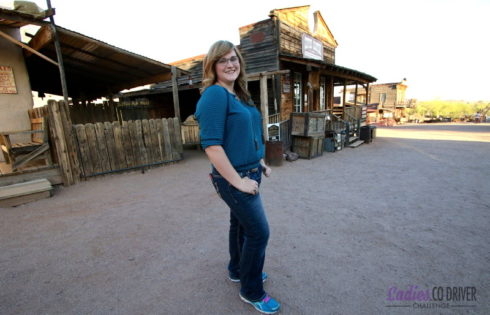 The next day we ended up driving all the way in to California, we went to the Raspy Roost in Ocotillo Wells which was amazing. You want talk about a scene from a movie that's definitely it! Think Mad Max meets Caribbean vacation, yeah it's that cool. At the Raspy Roost we met Emily Miller, can I just say wow she is an amazing woman! It was really cool to get to have lunch and hear some of her stories. She is such a wealth of knowledge just like Nena is and they both have such kind patient hearts. Even when we didn't understand something they were more than happy to take their time to explain it until we did.

With Emily we learned basic compass use and how to understand a compass rose. We also learned how to take those tools and use them to triangulate and how to map out different points and routes which is knowledge that will come in handy for a lifetime, much like what Nena taught us.

After our class time we all loaded up into the van and headed out to find one of our first checkpoints on our map. Most of us were close, not all of us were spot on, but we are all within the buffer zone so it counted as us having found the check point. Then Emily asked if we wanted to go find checkpoint two, of course we did why wouldn't we! We got back in the van and got the go ahead to go find checkpoint two you know because it was just down a little dirt road… 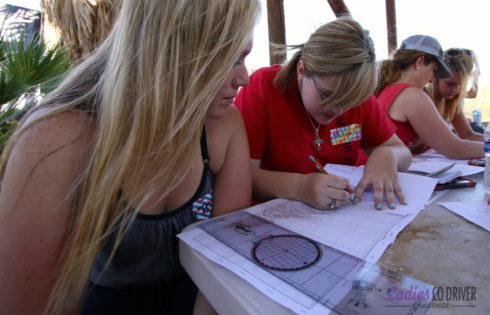 momentum to keep it going and then doing a doughnut in the van to turn around. It was a bouncy ride but it was definitely worth it! We all got out had to walk the rest away to checkpoint two, and after we found it we got back in the van ready to head out again. We didn't make it very far though, the van got stuck again so we all had to get out and push it back. After digging and pushing a few times we finally got the van going and ended up having to walk quite a ways to catch up because Charlene wasn't going to risk getting stuck again. She just kept her momentum until she could find a safe place to stop.

Also I guess I should probably mention at some point during that sprained my ankle, but I guess lack of sleep made it so that it wasn't that noticeable…it was totally worth it. We all loaded back up in the van and then went back to the roost and did a miniature group photo shoot, then headed back to Arizona. We stopped at Jack-in-the-Box for the healthiest of all dinners and I got to spend the evening talking to Charlene discussing different marketing strategies for an upcoming project I'm working on, I gained knowledge to help me for a lifetime. 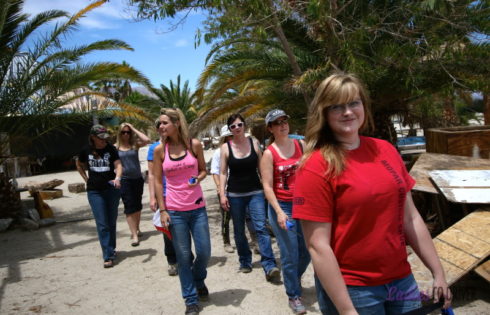 We pulled back in to Phoenix just before 2 AM. I walked in the door, fell face first onto my bed and crashed. Who knew the floor could be so comfortable? We got up the next morning to go kayaking. It was awesome, towards the end I thought I was going to die. My shoulders and my arms were killing me. I thought to myself, if I just paddle faster I'll get through it faster and I'll be good to go. Then I stopped and thought what's the main thing that Nena, Emily, Jeff, and Charlene had been telling us this whole time, “Slow steady, slow for the win.” You have to be able to keep your vehicle or your body in one piece in order to finish. So I slowed down I found my rhythm stroke, stroke, stroke, stroke, and just kept it right there. I went from the back of the pack to the front and ended up being one of the first people back to shore it was pretty awesome to be able to stand there and say not only did I do it, but I did pretty well at it! It was so worth the sunburn I ended up getting. Word to the wise, always remember to take off your shoes and spray the top of your feet if you plan on taking your shoes off in the kayak…not my brightest move. 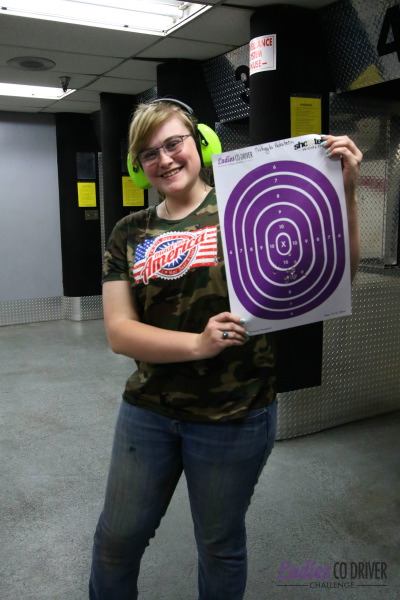 Once we were done kayaking we went back to a huge surprise party it was amazing. Charlene gave us the opportunity to share what we just learned, how to support other people throughout every step in our journey. We all are part of the Ladies Co-driver challenge but not once did I feel like I was competing against one of these other women. Everyone was so kind and was so willing to help each other out no matter how long it took. Everything just flowed there was no "I can't help her"or , "I can't do this because, that'll help her get ahead". It was nothing like that. We just wanted to be there to support each other and that's amazing it's not something that you see with a lot of women nowadays.

We got the chance to take that awesome supportive attitude and show 10 ladies who hadn't been with us this whole time what we learned. It was in all an amazing time, the people that we met will always have a special place in my heart. I think I now have at least double as many friends on Facebook friends as I did before because I want to share what I learned, with as many people as possible and I can't thank the Ladies Co-driver challenge enough for providing me that opportunity, and to remind me to never stop learning.