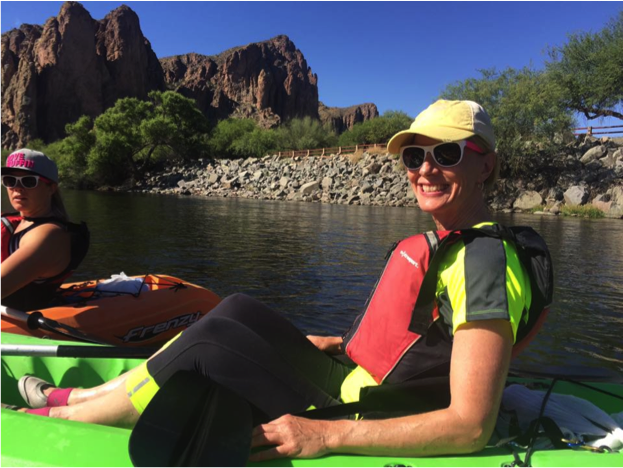 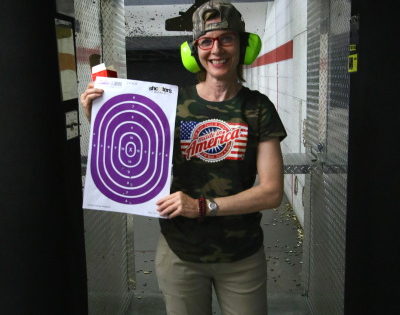 When was the last time you learned something new, pushed your body beyond what you thought it was capable of, or stepped outside your comfort zone? How long has it been since you did something that scared you? Can you remember a time when you were completely fatigued, but forged ahead because you had a goal in sight? For most of us, these aren’t common occurrences. Sure we work hard at our jobs and sometimes grow weary for various reasons, but I’m talking about truly pushing yourself through the point of mental or physical exhaustion, or trying something challenging for the sheer thrill of the experience.

Watch a toddler and you will see her dash about attempting perilous acts, oblivious that her mother is trailing closely behind to ward off a trip to the emergency room. Children’s natural inquisitive drive is how they learn. So why do we as adults put the brakes on learning and seeking adventure? Understanding and avoiding danger is one thing, but ceasing to reach further and live out loud is another.

The Ladies Co-driver Challenge gave me the opportunity to step outside my comfort zone, and I have to admit, it was thrilling outside my walls of comfort and safety. In one weekend, I learned much about experiencing life fully. 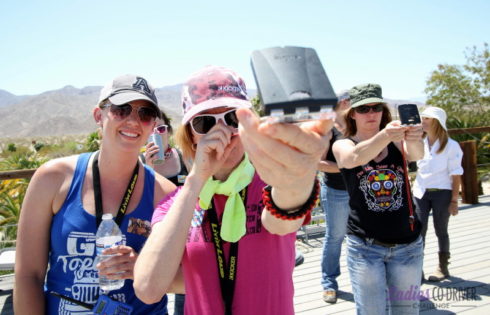 Here are the top five things I learned while outside the boundaries of my comfort zone.

Self-doubt will be an unwelcome travel companion. Knots twisted in my stomach as I began viewing the other contestants’ interview videos. After the sixth or seventh one, I snapped shut the cover of my iPad. I couldn’t bear to see another video of a contestant performing wheeling stunts I never imagined possible. How on earth did I get selected? I was older than the other contestants. In fact, I was easily old enough to be the mother of some of them. And my wheeling experience ranked an abysmal “one” compared to their astounding “ten.”

There wasn’t much I could do about my lack of wheeling experience, but in an effort to gain some confidence, I prepared myself as much as possible for the other challenges that would be in RallyVenture, the only race I could possibly be considered for. I spent two weeks honing my skills at kayaking, indoor rock climbing, shooting skeet, and geocaching. My goal wasn’t to win, but simply to avoid embarrassing myself. 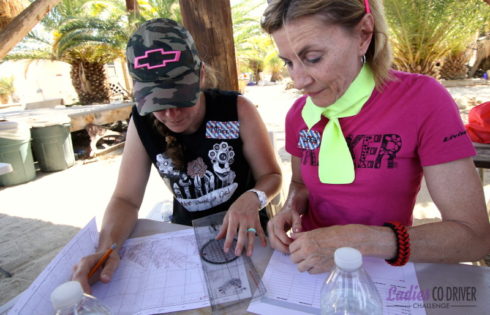 But guess what I discovered after we got there. Every single finalist felt similar apprehension. Each one of them brought their own carry-on bag full of self-doubt. So, regardless of how experienced or prepared you are, self-doubt will sneak in and try to thwart you. Thrust it out of your mind and focus instead on doing your best. Those thoughts in your head are fabricated, and they will disappear as soon as you get started.

The unknown is exciting, especially if you’re a planner. Some people fly by the seat of their pants. I don’t. I’m organized. I’m a planner. Each day, our cryptic agenda posted on the wall consisted only of four pieces of information: When to wake up, what to bring, when we would eat, and when we would return that night. Bring a jacket? What kind of jacket? Water clothes? What does that even mean? I needed specifics! This was perhaps the most challenging part of the weekend for me. But, I discovered that having no idea where each day would take us added an exciting element of mystery to our adventure. Just going with the flow was freeing. 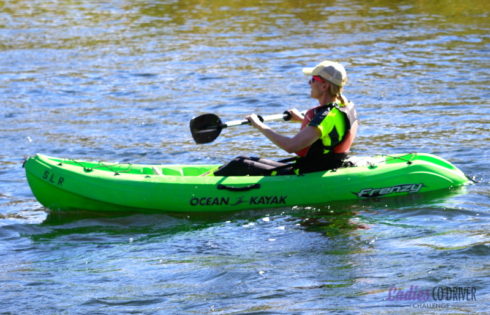 Women are nurturers, not cat-fighters. Reality TV would like us to believe when your throw a group of women into close quarters for a period of time, sharp claws will come out. But it’s simply not true...well, not for Jeep Girls anyway. And, yes, Yota girls too. Our bond began forming immediately upon meeting. Encouragement, laughter, cheering, consideration, sharing, and pure unbridled girlfriend time abounded the entire weekend. We weren’t competitors; we were a team. We began as strangers and left as life-long friends.

Learning is empowering. The sheer gratification of accomplishing something new is a heady emotion. Your chest feels fuller, you walk a little taller, a satisfied grin sneaks across your face. And when you understand the correct way to do something, fear dissipates. Each adventure we embarked upon began with a detailed lesson on how to accomplish it, followed by the opportunity to put into practice what we learned. 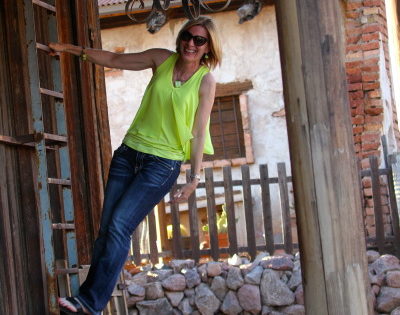 Before the event, my biggest fear was embarrassing myself due to my limited wheeling experience, or worse, being thrust into a wheeling situation I couldn’t handle. When I discovered we were headed to Sedona, the only place I’ve done any true wheeling, my fears diminished to a point. Then, Nina Barlow’s thorough wheeling and recovery lesson put my mind even further at ease. But who could have guessed that for our hands-on driving practice we would head straight to Soldier’s Pass, home of the dauntingly slick rock that I’d been afraid to scale each time I’d been to Sedona. I’d scaled it riding shotgun with my husband numerous times, but something about it frightened me, so I never tried it. I’d driven steeper trails, but this rock was slick, like a smooth stone you’d find in a river bed, only a thousand times larger. I couldn’t fathom how tires could gain any traction on that smooth surface. But guess what? I did it! Okay, I’ll admit the biggest incentive was that I wasn’t about to be the only chicken in the bunch, but my confidence was high because I better understood how my vehicle worked. I trusted it, and I trusted my co-driver who guided me up.

The most awe-inspiring moment of the trip was when Charlene, guided by Nena, skillfully scaled what looked like a 90 degree ledge that I would have deemed impossible to climb. I watched in awe as that beautiful Red Rock edition JKU carefully but confidently scaled the ledge. The Jeep is an amazing machine, and watching a skilled driver utilize its full potential is sheer beauty in motion. 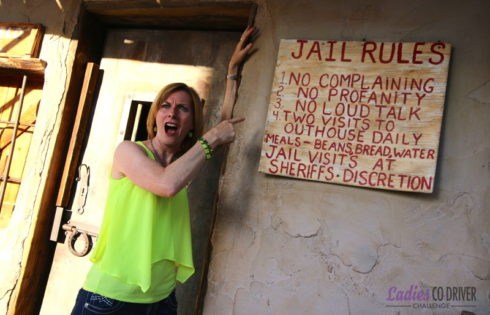 The degree of difficulty in accomplishing something exponentially increases the thrill of completing it. Last fall, I pushed myself to complete my novel. It wasn’t necessarily difficult, but it was extremely time-consuming and I just wanted to be finished, so I could experience life again, rather than write about it. But the perseverance I engaged during the Co-Driver Challenge was very different, it was mentally and physically challenging. During the navigation lesson, the heat began to fog my brain and what I had easily grasped three minutes earlier, now seemed completely foreign. My mind wanted to shut down, push the charts aside, and drift away. But I wanted to learn it. So I took a few deep breaths and forced myself to focus and try again...and I got it! 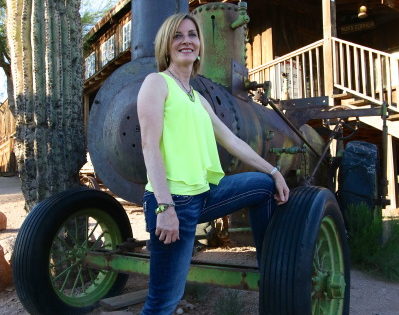 During the last mile of kayaking, my body began to grow weary. What started as a nice, relaxing foray downstream was becoming more difficult. A mere three hours of sleep the night before was catching up with me. My arms were growing tired and wind gusts made it seem as if the kayak was at a standstill. But I was determined to keep up. I would not be the “mom” they had to wait on to finish. So I concentrated on making each stroke count by dipping the paddle close to the kayak, like our instructor showed us. I must admit, the pull-out point was a welcome sight, but as I pulled my kayak up the steep bank, I felt more alive than ever. I accomplished my goal!

I am so proud to be a part of this amazing group of ladies, and so thankful for this opportunity. The Ladies Co-driver Challenge was a true adventure I will carry with me forever. I look forward to sharing the knowledge I gained and watching this group grow and grow. And oh yes, did I mention I pulled my first winch line?