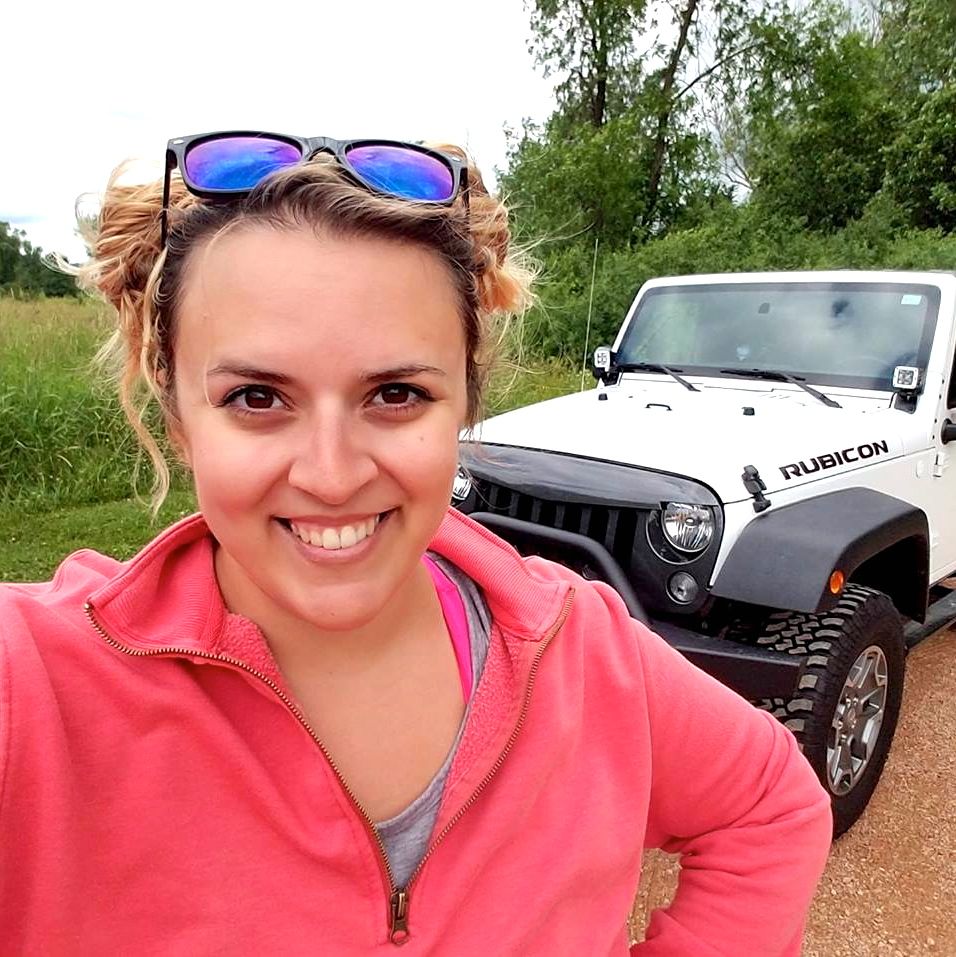 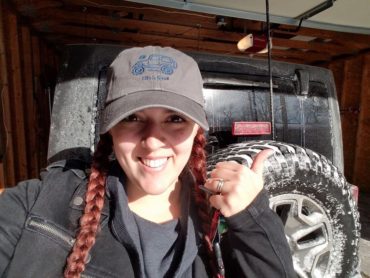 "Kathryn Spoor, Anoka, MN – Kathryn’s “real” off-road experience started about a year ago when she purchased a Jeep Wrangler! She has had several jobs and hobbies, but is usually most happy behind a steering wheel. Her two most highlighted accomplishments have been repairing the transmission of her Evo IV and completely reconstructing a fairing on her ZX9R. She moved to Japan for 10 years after marrying the boy next door and they recently moved back ending up in Minnesota. Now she has her eye set on the 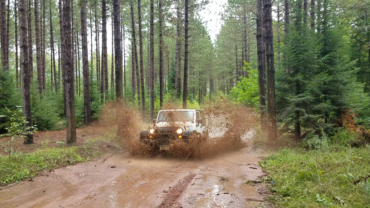 unpaved and less traveled roads that this country has to offer. So far, they have had a number of exciting adventures, and is looking forward to many more!"

Tell us about yourself:

My name is Kathryn. I’m a 30-year-old who loves a good adventure and isn’t afraid of being the only girl in a room. I grew up in Massachusetts where I got my love for all things automotive while tinkering under the hood 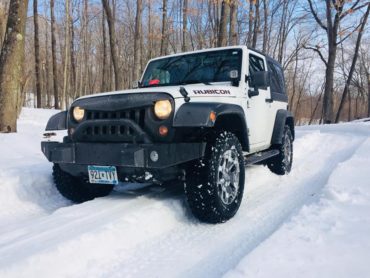 of my Barbie Jeep. I moved to Japan for 10 years after marrying the boy next door and recently ended up in Minnesota. I’ve had several jobs and hobbies, but through it all my passion for engines and gasoline has never faded. Whether it’s 2 wheels or 4, a cruise along the coast or navigating my way through cones on track, I’m usually most happy behind a steering wheel. Since moving back to the US, and buying my first Jeep, I’ve had my eye set on the unpaved and less traveled roads that this country has to offer. So far, I’ve had a number of exciting adventures, but I’m looking forward too many more. 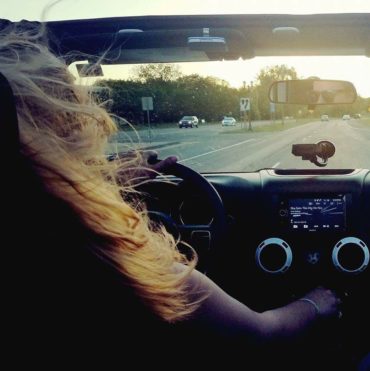 How long have you been offroading?

It's been about 8 years since I first ventured off the pavement, onto the dirt and clay trails that ran through the mountains of Southern Japan. However, my first experience on a 4x4 trail that offered more technical challenges, was just about a year ago when I brought my Jeep home. Just as soon as I parked her in the driveway I was out trying to find some dirt to mess around in. I haven't stopped since.

How did you get into offroading?

It all really started with the itch to find something new and interesting to do with my weekends. I had stumbled upon some interesting things that required a bit of creativity to access, and couldn't help but wonder what else might be hiding down the dirt trails that I had so often passed without a second thought. Before long I was turning down anything that looked wide enough for my car. Eventually I moved to the US, got a Jeep and naturally the can of worms that was offroading in the US burst open! 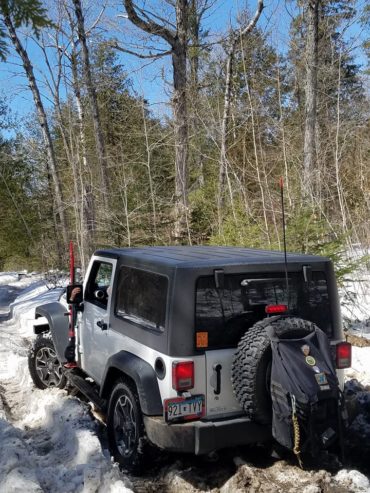 Tell us about your vehicle:

I drive a 2014 Jeep Wrangler, her name is Harley. She's a 6 speed manual with a few bells, but no whistles.

What has been your favorite offroad experience?

My favorite offroad experience took place late last fall when I hit some trails with my husband and our good friend Scott. There wasn't anything particularly notable about the experience, as far as offroading is concerned. However, it was a good time with good people and that's what it's all about isn't it?

What was your most exciting offroad achievement?

My most exciting offroad achievement was just a few days ago actually! I made my way to Drummond Island, MI with a small group. We spent the better part of 2 days wheeling around the island. There was something like 20 inches of snow and ice, which made even the mildest of trails a challenge to get down, but despite Harley being fairly stock, I managed just fine. Of course, there are specific achievements, the steps at Marblehead, a gravel hill climb and getting through what seemed like an impossibly dug out section of trail. That all happened over the course of the trip that I am proud of. I'd say the weekend was a pretty exciting achievement as a whole. 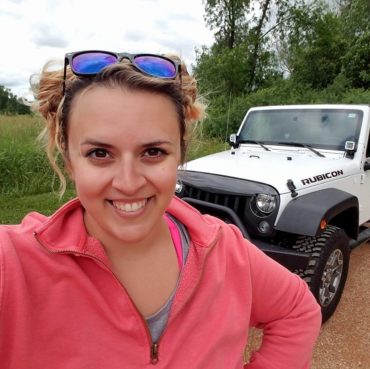 What excites you about offroading?

What do you think is the most challenging aspect of offroading?

I think that the most challenging aspect of offroading is sorting through the noise that sometimes comes with being involved with other offroaders. You know, the possibilities when it comes to rigs that can be taken on the trail are almost endless and people are always excited about what they have done on their rig. However, I'm a firm believer that no one build is the right build for everyone. What this means for me is driving, pushing and testing my Jeep to see what it is capable of before modifying or upgrading anything. This can sometimes feel like I'm going against the grain and being told what I'm not capable of. This can be challenging to brush off sometimes more than others. 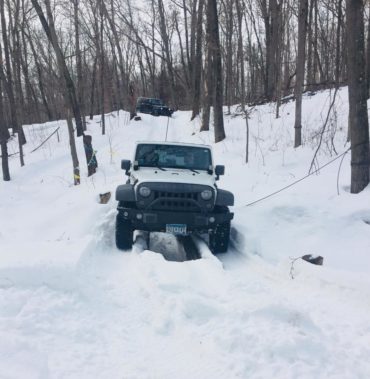 Which aspect of offroading do you think is the most fun?

The most fun aspect of offroading, without a shadow of a doubt, is going to places most people won't go and seeing the things that most other people don't see. It's like you're exploring a part of the world that no one else even knows exists.

What does prepping for an adventure look like in your world?

It looks like a LOT of scribbles on a LOT of notebook paper and at least 40 tabs opened in my internet browser at one given time.

I'd like to say "ha ha. . . no that's just an exaggeration to get a chuckle out of the reader", but it's not. Nope, that's pretty much how it goes. Seriously though, when I'm 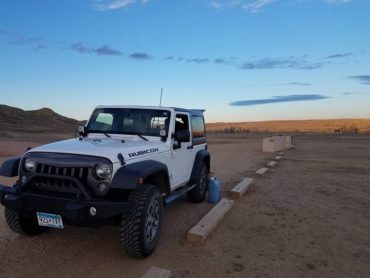 prepping for an adventure it usually starts off with an idea of a general location, followed by a bunch of research and noting what awesome things I could see along the way. I like to come up with a plan for what I can do, but I don't force myself to stick to it. Once that is all figured out and I'm ready to go, I'll spend some time going through my gear and looking over my Jeep to make sure everything is in working order. Then it's windows down, music up and I'm on my way!

Where to begin!? There are so many things I want to do and see that it's hard to list them all. That being said, I've had my eye on completing as many Jeep Badge Of Honor trails that I can manage. One day making my way to the Arctic Circle. 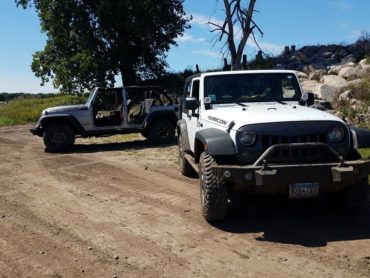 Tell us about who you go offroading with:

At the moment I don't really have a set group of people that I go offroading with. Usually, it just depends on who is going where and if they mind me tagging along.

What is a piece of advice you have been given that you instill in your offroading adventures?

I was watching a video online one day of some Jeep engineers offroading in Moab. There was this one guy who was in a stock CJ and I don't remember exactly what the quote was, but it was basically "Jeeps are built for this". I then watched this stock Jeep take on obstacles that, based on other videos I watched, I thought required a laundry list of modification. From that moment forward it became clear to me that it wasn't about the mods on the Jeep, it was about the driver in the seat. That has stuck with me ever since and I'm accomplished things I might not have even attempted otherwise because of it.

Click here to see all the 2018 Ladies Offroad Challenge Entries.

?? I enjoyed reading your story and hope to meet you in person one day!

OH I LOVE it! Down to Earth, Fantastic Story LOVE IT!