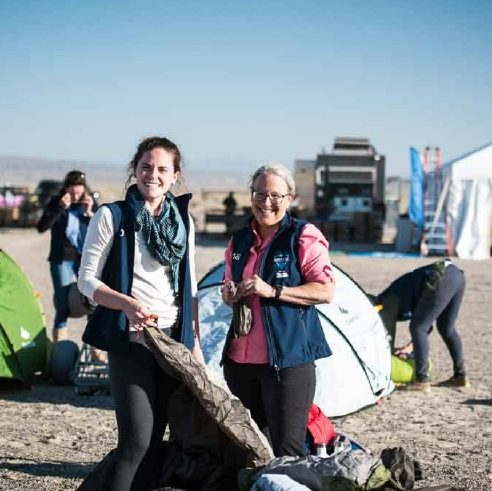 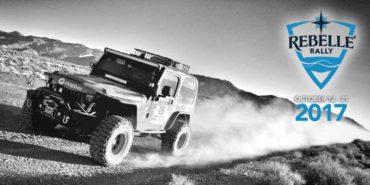 Rebelle Rally competitors departed The Village at Squaw Valley at 5 AM in the morning, amidst freezing temperatures and dark skies.  Twelve hours later the women of the Rebelle Rally arrived at the first Base Camp, and this was just Day Zero!  This day is not scored, but rather designed to give teams an introduction to this new and unique discipline.  Scenery included the iconic Emerald Bay as the participants made their way around Lake Tahoe to Jacob’s Berry Farm in Gardnerville, Nevada.  Jack and Diana Jacobs grow their fruit on land that dates back to 1872, when Danish settler Lorens Christensen started Lampe Ranch. It was under the pitched roof of the historic Jacob’s barn that Rebelle founder Emily Miller and Scoring Director Chrissie Beavis performed Rally School.   The intention was to review the competition format, start and finish procedures, tracker use, and emergency protocols to ensure that all teams have the same information. 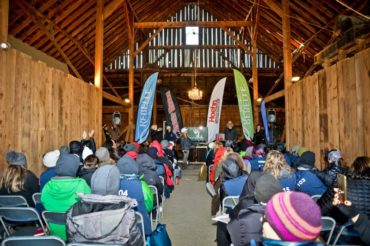 The information was then put into practice as the teams navigated from Gardnerville though the White Mountains en route to their first Base Camp. First-year and experienced Rebelles alike were given the opportunity to get a feel for the start procedure, navigating via map and roadbook, seeing what green and blue checkpoints look like, and checking their times in a practice Rebelle Enduro.  This mock prologue gives the teams the opportunity to be warmed up for the first day of competition.
Once arriving at Base Camp, each competitor was required to turn in their technology (cell phones, laptops, etc) for the duration of the event, as no GPS or outside assistance is allowed on the Rebelle Rally.  After setting up their tents, each team was treated to a dinner of rockfish ceviche, suckling pig, stewed zucchini, and polenta, courtesy of Michelin-star chef Drew Deckman and his crew. 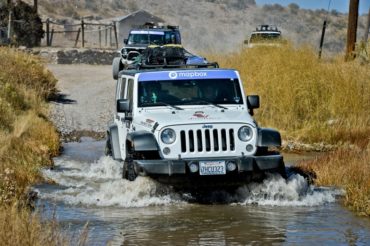 Nena Barlow and Chris Mayne of Team Four Corners (#129) will be the first off the line tomorrow.  Both women competed last year in the inaugural Rebelle Rally, but not as teammates.  “I knew a task required all of Chris’ attention when she started counting in French!” Barlow joked.  They are among the 36 teams competing in the driving and navigation rally that spans over 1,200 kilometers from Lake Tahoe to San Diego.  Competition officially starts Saturday, October 14th at 7 AM, with live tracking at www.rebellerally.com/live-tracking. Here is a preview of what’s to come!
Daily Tech Tip- What Are Green and Blue CPs?
Rebelle checkpoints (CPs) follow the same color scheme as snow ski runs, with green, blue, and black CPs. “The format rewards those who take risks,” Rebelle founder Emily Miller explained. The green checkpoints are the easiest, marked by a staff member and a large 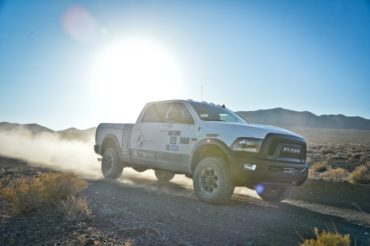 green flag.  The green CPs are worth the most points and are mandatory for all teams.  Blue CPs are optional and more difficult to find, marked only by a small stake or flag in the ground.  Most difficult to locate are black CPs, which have no visible marker on the ground. The closer teams are to black CPs when they signal their tracker, the more points they receive.