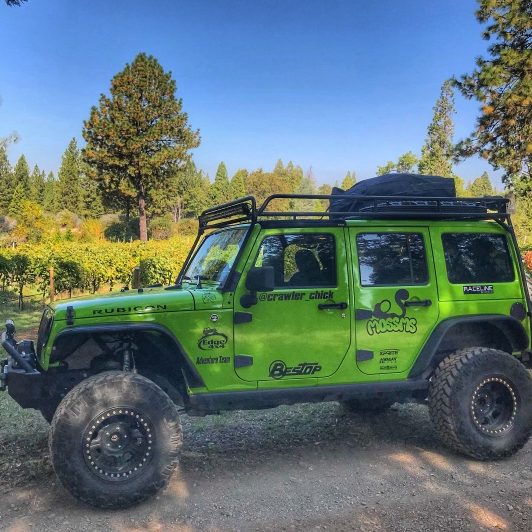 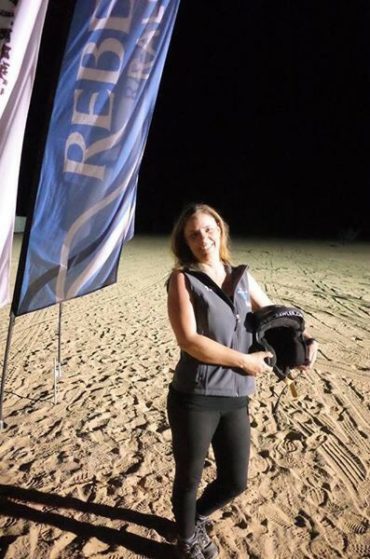 I participated in the 2016 Rebelle Rally as a navigator. A few days in to last year’s rally I knew I would be coming back for the 2017 Rebelle Rally.  I had a fantastic time navigating but my real passion is for driving.  So, I would definitely be returning to the 2017 rally but it would be in one of my own Jeeps instead of navigating.

Preparations for the 2017 Rebelle Rally began immediately upon returning home from the 2016 Rally.  My first order of business was to find a navigator but I already had the perfect person in mind!  As soon as I got home I called up Christy Long, my daughter-in-law, and she was instantly on board.  The only problem was finding someone to care of her daughter (who would be just a little over one year old) for the duration of the rally.  Luckily, Christy’s dad was willing to help out even though they’ll be in the middle of grape harvest that week. Christy’s dad is a vintner, and the baby will be riding along in a backpack while grandpa harvests and crushes grapes. With the child care issue resolved it was time to focus on preparing for the rally.

Our preparation story is similar to the stories of other competitors.  We worked hard to build relationships with sponsors, we modified and repaired the Jeep, we purchased recovery gear, camping gear and emergency supplies.  We had a giant checklist, had decals to make and buy and of course we had to practice and improve our skills as navigators and drivers.
We are very fortunate to have received support from Bestop, Raceline Wheels, Xprite, Wagan Tech, Krazy Beaver Tools, and 5150 Fabrication. We can’t thank these amazing brands enough for believing in us.  We are so proud to not only have their support but to also have their great products on our rally Jeep. 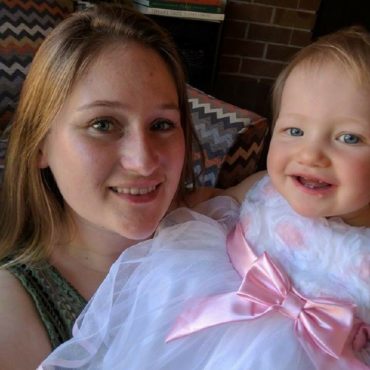 Even with the support of these fantastic brands we still needed more money to pay our entry fee and other associated costs.  The entry fee to this event is not cheap!  This is where our preparation story might be a little different than most.
To raise the funds we turned to an unusual source: the customers of an online video game that I own and operate with my husband.  The video game is hosted in Second Life, an online 3D virtual world where the users (not the company) create the content that is consumed by other users.  In this virtual world you can find our 3D virtual creatures, The Mossms. Mossms are fantasy creatures that live side by side with the players in this virtual space. They have an extensive artificial intelligence system and can interact with the players, other Mossms, and hundreds of objects they encounter in the virtual world like furniture, instruments and even gym equipment.  The Mossm customers love their little creatures and they are also intensely loyal, so I thought that combining this virtual world with the real world was worth a shot.
To raise the remaining funds I created a spe 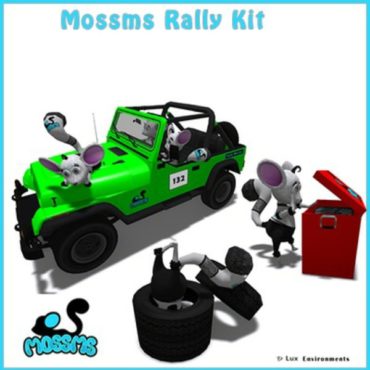 cial new Mossm.  This mossm wears a race suit with our team number, 132,  printed on the shirt.  I also created some rally themed items for the Mossm to interact with including a tool box, a stack of tires and a bright green rally vehicle.  The Mossms crawl under the vehicle for some wrenching, drive it and sometimes even kick the tires.  These items were sold to the Mossm customers in the form of micro payments.  In exchange for their support we’d put a Mossm on the Jeep and the username of everyone who purchased these special rally items.  We knew we would get support from the Mossm fans but had no idea how successful this promotion would be.  The Mossm community seriously loved it and they bought enough of these items to cover our remaining fees.  Without the Mossm fans, we wouldn’t have been able to make it to the Rebelle Rally this year.  We are forever thankful for our online friends! 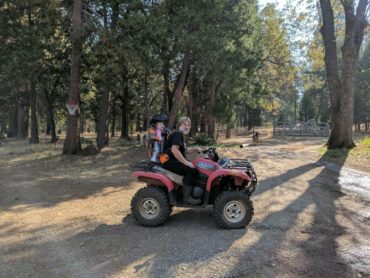 In addition to raising funds, we also had to practice our driving and navigation skills.  I’ve been driving off-road since early 2012 and Christy learned land navigation while she was in the army, but that doesn’t make us experts.  We started by having my husband create checkpoints for us to find on our weekend wheeling trips.  He had to select checkpoints that we could actually get to, know the exact coordinates and not make any mistakes when transferring them to our list of locations to find.  He’d then go to the mountains an hour ahead of us and tie off ribbons at checkpoints that we were supposed to find.  When we found each checkpoint we’d tie the ribbons to the Jeep.  Note: no ribbons were ever left behind.  We always found them all and brought them home with us. 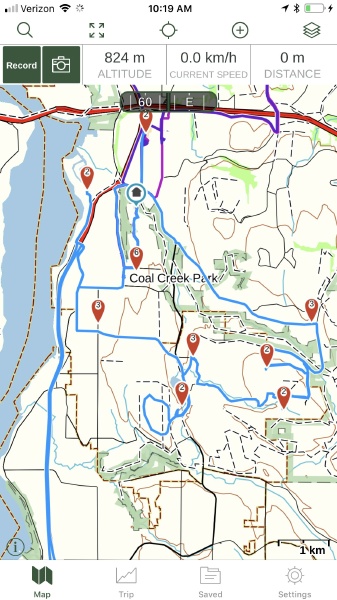 The process of creating a course for us was time-consuming for my husband.  Being a master of optimization and also a genius software engineer he turned to his beloved computer and wrote some software for us that would create checkpoints whenever we wanted them.  The software reads map files that contain routes and makes up checkpoints based on the routes in our map files.  Suddenly navigation practice became part of our daily lives.  We used a GPS app to record everywhere we went.  If we went to get groceries we recorded the route.  If we went to dinner, we recorded the route.  If we went wheeling, we recorded the route.  We plugged all of these routes in to the software every time we went somewhere.  Suddenly we were able to do frequent practices with an endless supply of unique checkpoints that were generated in seconds rather than hours.  We practiced in the mountains as often as we could but we also were able to practice in our local urban area using this cool piece of software.  Checkpoints were everywhere!
The more we practiced we discovered that good communication was more important than we thought it would be.  We get along so well we thought this was a no-brainer.  It turns out it was not.  We learned that we needed to speak up when something seemed off.  This was difficult for us because we both have passive, peacemaker personalities.  We learned how to help one another stay calm and how to help the other if stress started taking over.  This wasn’t something we expected to happen, especially during practices but we were glad we got to experience these things before the rally so we can avoid conflict or confusion during the rally. 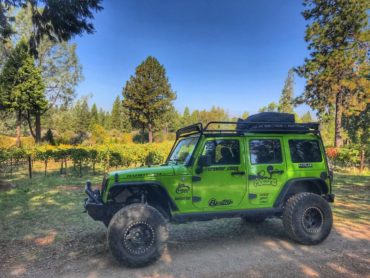 After nearly a year of raising funds, wrenching on the Jeep, building relationships with sponsors, and practicing our skills, we’re headed to Tahoe for tech inspection.  As we travel we’ve been reflecting on our preparation over the last year.  There are a few important take aways for us:  1) Practice as much as possible. You can always get better plus you’ll learn how to be an effective team.  2) It is easy to think you’re just an average person and that no one cares.  This simply is not true.  Don’t be afraid to look in unusual places for help.  You’ll be amazed at how many people think what you are doing is super cool, will be legitimately excited for you and will want to help.  3) You CAN do this!
We want to thank everyone who helped us through this process:  Our amazing sponsors, the Mossm customers, our supportive friends and family, our social media followers, and most of all, our husbands who encourage us to be all that we can be. All of you are part of our team. Go team 132!