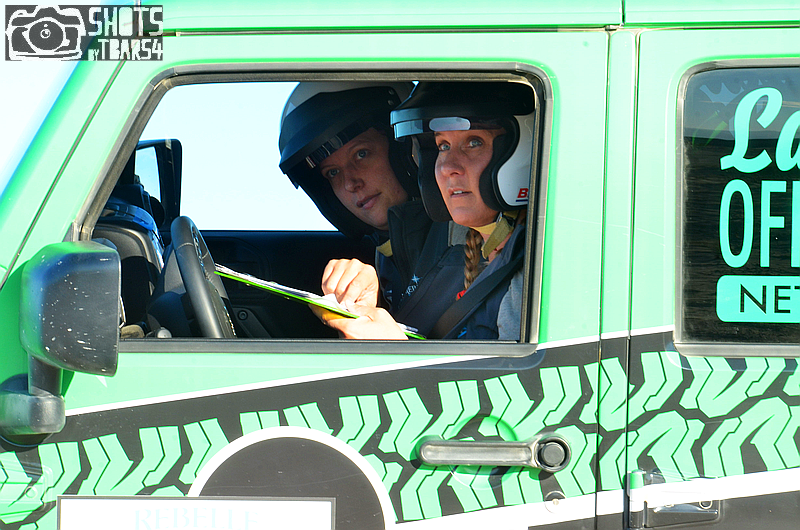 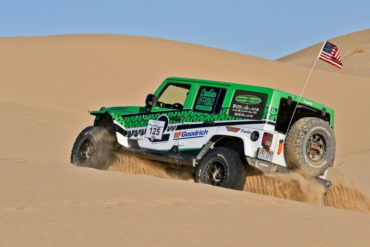 After seven days of intense competition with only a map and compass as navigation tools, Charlene Bower and Kaleigh Hotchkiss finished with the highest points winning the inaugural Rebelle Rally in the BFGoodrich Tires Jeep JK built by Impulse Offroad. This was the third event of the Ladies Co-Driver Challenge where Kaleigh Hotchkiss was selected for the navigation seat out of 91 original entrants. The Rebelle Rally event went through 2 states, 12 counties, 2 National Parks, 5 BLM agencies and 4 legendary OHV areas.   Historically, 36 vehicles started and finished with 72 women from 19 states and 4 countries traversing 1200 plus miles across the beautiful western desert, majority being in the dirt and some asphalt transit sections. 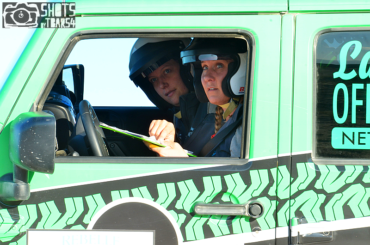 “As I reflect on the week and the success, I realize that Kaleigh and I both gave 100% the entire time. We were invested in the strategy of the game, doing the best we could to find every checkpoint, and even going to sleep so we could have another successful following day. We were also invested in having fun and meeting and helping our fellow competitors in the beautifully decorated common area, or along the trail, every lady in this competition was amazing,” said Charlene Bower. “I drove the BFGoodrich Tires Jeep while Kaleigh navigated, but really we worked together at both jobs. She helped me have an additional set of eyes while I was driving and I helped her with an additional set of eyes when we needed to look at the map. We both made mistakes, which was ok. We knew each day would get harder, so instead of focusing on the mistake we would figure out how we made it, log it so we wouldn’t do it again, then figured out how to laugh about it. Neither of us came into this competition with a background that would give us a leg up, in fact, with her being a contest winner we only had limited hours of interaction before starting out on this journey. An amazing journey! The win is just the icing on the cake.” 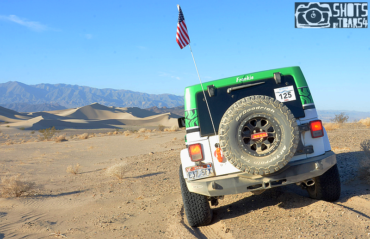 Kaleigh adds, “Six months ago neither of us even owned a compass, my baseline was zero, but I know I can learn anything. I spent a lot of time learning online and practicing ahead of the event, but once we got in the Jeep and had to apply the concepts it was different, more difficult. I now feel like I have a handle on topographical maps and tracking down non-existent trails! Everyday was a different challenge and we thought about all the tools we had to figure out a solution,” said Kaleigh Hotchkiss. “We spent a lot of time together inside the car, with the shortest day being 10 hours, without breaks, it was go-go-go so we really had to be careful about what the inside of the car looked like and our relationship about how we reacted to each other. We also shared a tent, so we really never had alone time for 7 days. I think we did an awesome job, we had to stay organized, we had our routines and our roles and we stuck with them, helping each other. The only reason I’m here is because of the Ladies Co-Driver Challenge, I went through the hoops and I got selected. I won just being there and then got to win again. I never expected to get to the rally much less win the rally!” 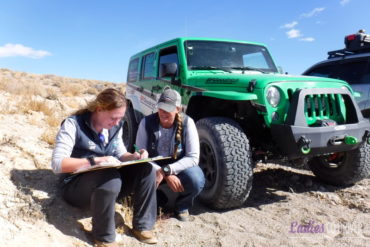 The girls came up with two mottos that they continually used including Believe & Achieve and Press & Pray. The first giving them motivation to get through the whole event, the second as a form of commitment to press the location button on the Black Checkpoints that were not marked, only hopefully found by location. The U-Turn tally started off high with 5 on the first day and then 7 on the second, but they had a couple days where there were only 2 legitimate u-turns to account for. The live tracking supplied by the Rebelle Rally was exceptional to watch the teams go for their checkpoints and then automatically update the scoring system for on-time delivery. The team started mid-pack after day one, but worked their way up the rankings to tie for first at the end of day 5. At the end of day 6, they were ahead by a mere 3 points and by the end of day 7 they separated themselves to a lead of 30 points while in the Glamis Sand Dunes, taking the win. Coverage of the event was on www.RebelleRally.com/Live and specific team coverage on our Facebook page www.facebook.com/bowermedia. More of the story and video will be available at www.RebelleRally.com or www.LadiesOffroadNetwork.com. 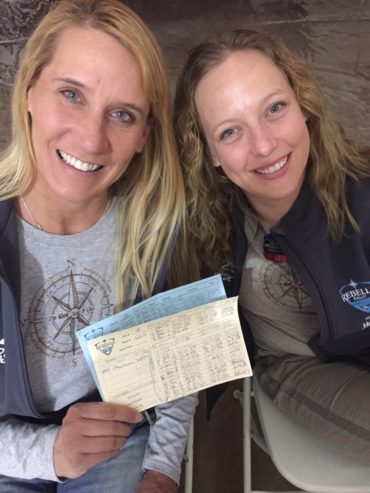 “I am excited to be part of this first year event that will raise the bar for all ladies, making a mark in the offroad industry. Emily Miller and her team did an amazing job at setting up an event that could satisfy a range of skill levels. Ladies with little offroading background had just as much fun and success as those that had experience in the deserts chasing a Rallye Aicha Des Gazelle win. I was entirely impressed with every aspect of the event and encourage every lady to participate in years to come,” said Charlene Bower, Owner of Bower Media and Ladies Co-Driver Challenge founder. “Getting to the finish line was a team effort between Kaleigh and I, but we also have many others that supported us. I have to specifically mention my Mom, Dad, Brother and Matt who have been extremely supportive of the ladies initiative that I started this year. Without their backbone, this opportunity would not have existed. BFGoodrich Tires strongly believes in ladies in offroad and I am proud to represent them in this inaugural event. We had 35” KO2 All-Terrain tires on Frankie, the 2016 Jeep JK that BFGoodrich Tires and John Williams from Impulse Offroad built which also featured Raceline Wheels, a Warn Winch and many other exceptional products. We had the support of Oztent with our 3-second tent, Maxxtrax recovery traction, and 23Zero Recovery Gear. We also had the support of the entire staff onsite and online community around the world, all of which we sincerely appreciate.” 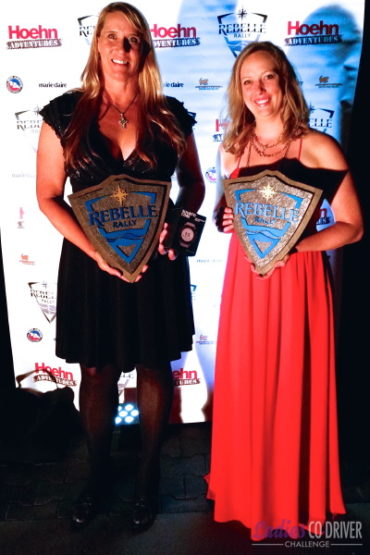 The Rebelle Rally is the third event in the Ladies Co-Driver Challenge. After a long and rigorous vetting process Marcie Hricziscse was chosen for the first event in June, Monster Energy Trail of Missions presented by BFGoodrich Tires. Then, Charlene went to BFGoodrich Tires 36 Hours of Uwharrie with winner Kristen Endres. The third event was the all girls Rebelle Rally with Kaleigh Hotchkiss, and then Leigh Singleton and Kristie Moore will join Charlene at the SEMA Show in November. Stories and videos are posted on the Ladies Offroad Network.