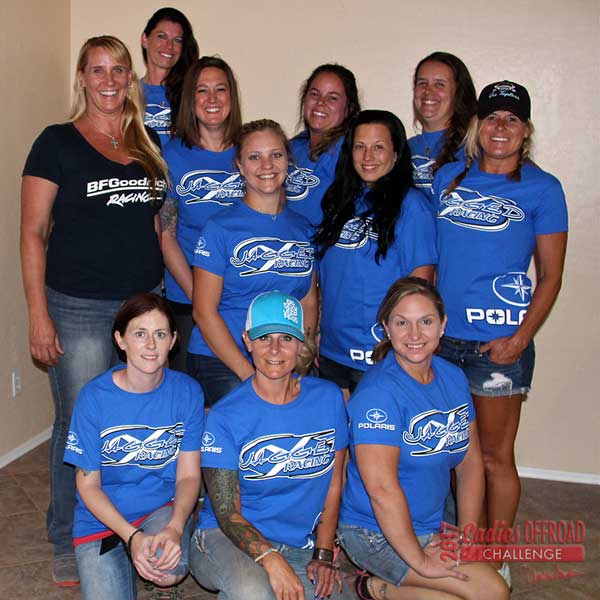 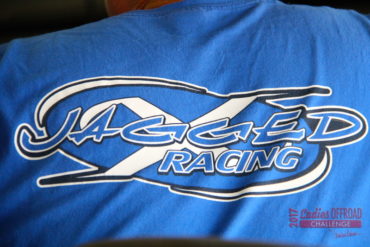 It is not the size of the shop that matters, but the heart and skill of the people that run it! This could not have been truer about the team at Jagged X Racing. I had the pleasure of meeting Bill and Brandon Schueler from Jagged X Racing, located in northern Phoenix, Arizona. Jagged X is a full-service offroad fabrication shop that specializes in custom builds and has put together a successful race team.The business started from humble beginnings with Brandon and his brother working on their own welding and fabrication projects from their garage during high school.  They found great passion working on their own rigs, being hands on with welding, and all areas of fabrication. Soon, their business began to take off. They moved on from their garage to a shop in an industrial area of the city in 2007. They quickly got into crafting aftermarket parts, taking on customer builds, as well as their own projects.

When the Jagged X race team was formed, they initially drove Yamaha Rhinos. This was what was popular at the time, and Brandon raced the Rhinos for about 2 years. After gaining some attention from industry reps, and magazines, they were approached by Polaris to team up and drive the RZR®. This pairing has proven to be a success as the team has won many races in their class. 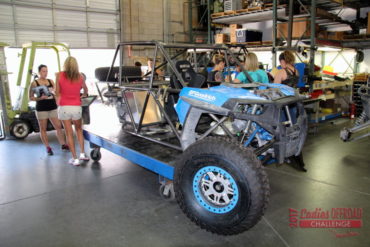 Upon entering the shop, there are four UTVs in various stages of break down or build. The shop is stocked with all kinds of fabrication equipment such as pipe benders, welders, rows of materials, and tubing that lined the wall. There is ample bench space to work and tools galore. There is a chassis hanging from the ceiling, and the whole shop has a fun racing vibe with posters and memorabilia from adventures past.
The team just came back from the Baja 500 and finished 18th in their class, which is the second largest class next to the trophy trucks. They had their share of challenges this last race. The Baja races are legendary and, arguably, the toughest on the vehicles, drivers, co-drivers, and last but not least, the chase team! Mid-race breaks and fixes on the trail are not uncommon for race teams driving in such demanding and aggressive terrain. When we visited the shop, they were actively stripping the Polaris RZR® #2919 down to thoroughly go over it top to bottom.  According to Bill, after a race such as the Baja 500, approximately half of the parts will be replaced in order to prep the vehicle for the upcoming 50th Baja 1000 race in November.  Race vehicles are intricate and complicated. Many adjustments and fine tuning are made to accommodate the variety of terrain they encounter throughout the race. There is nothing consistent in Baja, which increase the challenge of the race. The Baja 500 is difficult; simply finishing the race isn’t always the end goal. The teams also take this opportunity to learn which future adjustments will improve the vehicle and prepare for the Baja 1000. Some examples include dialing the shocks in, working on their communications, upgrading parts, and restocking the chase truck. There are about six months between races and while that may seem like ample time, much work is done to prepare for success. 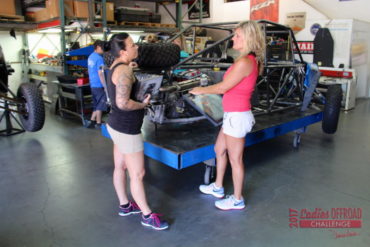 The preparation for the Baja 1000 is serious stuff. There is one race vehicle, four chance trucks, and approximately 15 crew members involved in the success of this event. The chase trucks are very heavy and contain everything that is needed to do on trail repair. The truck weighs about 10,000 pounds fully loaded with fuel, tires, and enough parts to build an entirely new RZR®! Time and weight are critical in a race.One way they can shave off seconds at a pit stop is by using an adapter called a dry break. The dry break can allow the team to inject 20 gallons of fuel into the race vehicle in around 4 seconds!
Communication between the drivers and crew in Baja can also be very tricky. Although Jagged X Racing uses their own channels, the radio range is only about 12 miles depending on geographical obstacles. Often, the teams use the Weatherman Relay or SCORE to help facilitate communications during the race. Not knowing where your team is or what is happening can be frustrating, so it is vital to use all resources. It is important for the individuals in the chase truck to not only keep in touch with the team, but to also be mechanically sound. They have their own challenges to endure through these grueling races. They are often the unsung heroes. Some races allow chase trucks to follow the course, and others only allow repair in pit areas. It is equally important for the driver and co-driver to have mechanical knowledge as well as the race vehicles are equipped with basic parts and tools. Waiting for a chase truck can sometimes take hours. If the race vehicle can be set up for basic repairs and be self-sufficient, this can help the team get back on course quickly when seconds matter. There is nothing predictable about Baja or endurance racing. They must be prepared for anything! 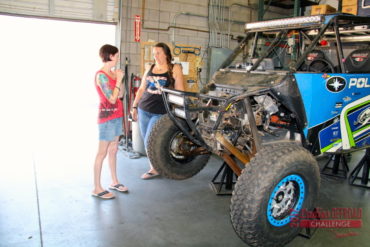 Jagged X Racing is sponsored by BFGoodrich Tires and is currently testing the new Baja T/A® KR2 UTV tires, which will be available to the public soon. They have been really impressed with the 32” profile tires, which have more sidewall, clearance, and are heavy duty. They are excited to be a part of the testing and trial of this new BFGoodrich product, and from what I have seen, they will be the hot ticket.
Jagged X Racing is making an imprint on the offroad scene. They have made great choices partnering themselves with Polaris and BFGoodrich Tires. Their success has been noted, and they continue to press on and pave the way for newer and more improved ways to push the sport forward. I wish them all the best luck in the future, and can’t wait to see when they do at the 50th Anniversary of the Baja 1000.
www.JaggedX.com