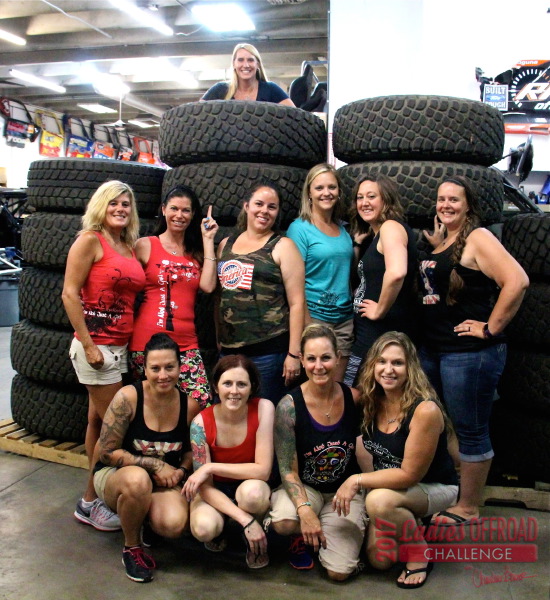 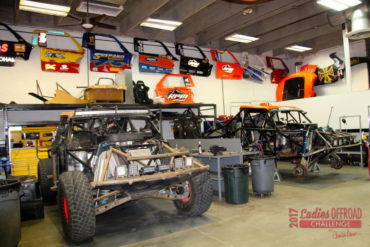 So, you want to drive a Trophy Truck? Geiser Brothers, located in Phoenix, AZ and founded by brothers Rick and Jeff Geiser, are the largest manufacturer of Trophy Trucks. It was their love of Volkswagen Bugs that got the brothers started. Geiser Brothers is well known for the quality of their Trophy Trucks, but they are also currently rolling out a number of Class 6100 trucks. They have numerous trucks racing here in North America and have built several right hand drive trucks for racing overseas. The first truck produced in 1996 was built completely by hand.

Conor Jackson, fabricator and accomplished co-driver, shared with us what goes into assembling the chassis. He explained that it takes about 178 feet of tube and over 100 hours to build and assemble one of these trucks. All parts are cut out using a computer for pinpoint accuracy and are interchangeable between trucks and pre-runners. This allows them numerous options when needing spare parts during a race. In 2016, Geiser Brothers was the first to successfully build a winning 4-wheel drive Trophy Truck. 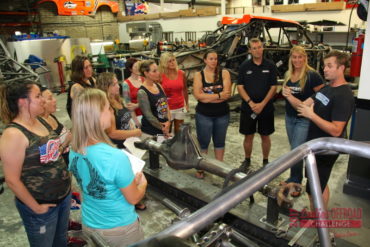 Matthew Alley, skilled mechanic, showed us the truck he was working on. This truck is the was the 2016 SCORE Champion with numerous other wins and championships under its tubes. Matt explained that prepping for a regular race takes about ten to fourteen days. However, prepping for a huge race like the Baja 1000 will take him almost two months as he tears the car down to a bare chassis and then puts it back together, replacing parts as needed.

We learned about the BFGoodrich Tires they run on their trucks. It was explained to us that they use the hard compound tires when they know they will be racing in sandier terrain but will use a softer compound when they race a course that has rockier terrain. Geiser Brothers is a huge proponent of BFGoodrich Tires and has nothing but positive things to say about the quality of their tires. 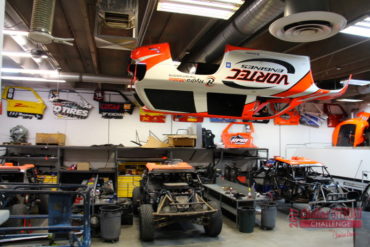 Inside their shock room, they have all the equipment to rebuild shocks. We were shown the basics of how that happens before we moved on to the welding room. Eric Eickhoff, an aerospace certified welder, was tig welding a trailing arm together. He explained that on one side of the room, they mig weld and tack everything into place and then, the fine detail work happens on the other side of the room. Inside the CNC shop, we witnessed a lathe and a mill. We were shown how they use the computer to design the parts they need and how the machine cuts them out.

Geiser Brothers has built 67 trucks, all of which are still operational. All trucks are built start to finish in the shop, from welding and machining parts to wiring and shocks, they can do it all. Everyone in the shop is looking forward to the excitement of the 50th Anniversary of the SCORE Baja 1000 and hope to see everybody there!