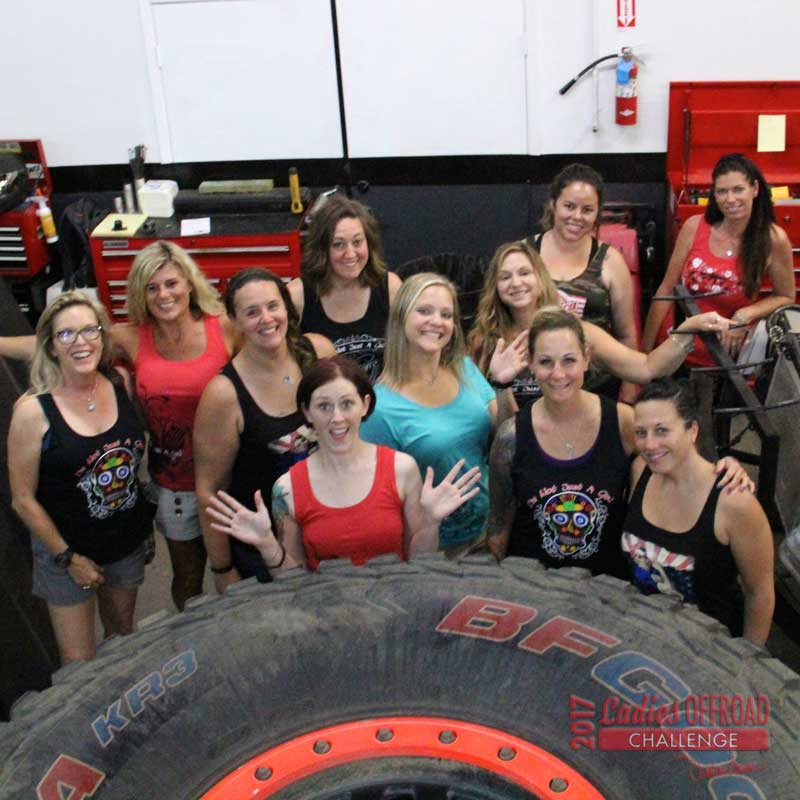 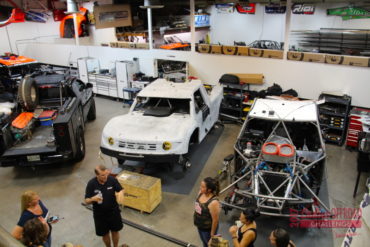 Our tour began with Bradley telling us about the history of Geiser Brothers. The company was founded by brothers Rick & Jeff Geiser, whose passion for wheeling buggies during high school has grown with becoming the largest manufacturer of Trophy Trucks. Geiser Brothers Design & Development has more race wins than any other Trophy Truck builder combined!

Their first truck was manufactured in 1996. The earlier Trophy Trucks took months to build, but garage modernizations have significantly decreased build time. Each truck has at least 67 interchangeable parts, which remain consistent with the ones they make today. Geiser Brothers manufactures trucks ranging from the smaller 6100 to a larger model fitted with two diesel motors that range from $550,000-$1,000,000 in cost. They have trucks that run anywhere from short course races to longer races like the Baja 1000. In 21 years, Geiser Brothers has fabricated 72 offroad vehicles and 50 Trophy Trucks for driving legends such as Lalo Laguna, Robby Gordon, and Steve Sourapas. Truck doors from race crashes hanging on the wall serve as a reminder of their successes and improvements on these trucks. 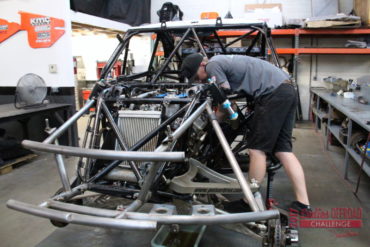 Manufacturing begins in the Garage/Prep Shop where tubes are laser cut and bent using CAD. They are then moved to the Build Shop where they are placed on a rotisserie and completed with two passes of the welder. Because these trucks are so special, each one is assigned its own mechanic to work on it from start to finish. All parts are produced shop. The CNC Shop is capable of creating tooling, spacers, and all sorts of parts for the trucks so they don’t have to be sourced from elsewhere. They also have a lathe and mill to manufacture parts like hub caps from a block of aluminum. The truck is moved to the other side of the shop for welding and assembly until it is ready to drive. 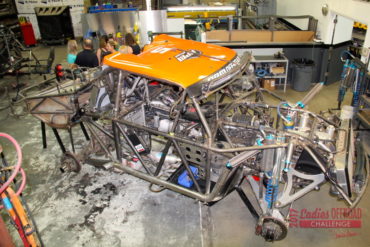 There are many steps involved in building a Trophy Truck. With 176 feet of tubing, it takes more than 100 hours to fabricate the frame. All the trucks have automatic 900hp engines, Lowrance systems, no water on board, spare parts attached to the frame, and for the drivers, an electric drinking system and air filtration system hookup for their suits. With the best shocks in the industry on these trucks, Geiser Brothers even has their own department to rebuild or re-valve the shocks for various course terrain. The trucks have a 28" travel in the front and rear, and can hold 91 gallons of fuel, which can be injected into the vehicle in less than 35 seconds. The trucks run BFGoodrich Tires, which have helped them improve from 28% average wear to a mere 3%, which is extremely important for a truck with a top speed of 143 mph. All of this makes for an impressive truck that wins races time and time again! 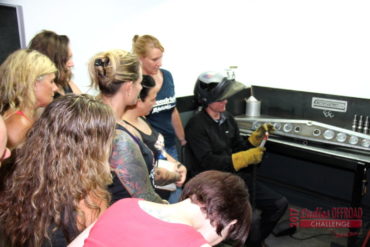 The welder in the shop, Eric, spends on average 10-15 hours taking 23 parts to make one arm out of ProMoly® tubing, using TIG and MIG welding techniques. To Eric, each piece is a work of art. There are only 14 pieces used to make a spindle, but with the way Eric takes time to make sure that each weld is perfect, it means spending countless hours on each piece. He makes up to ten specialty pieces in the welding room doing a group pass first, then uses a Disco. This sort of precision is why Geiser Brothers is one of the best manufacturers in the industry. 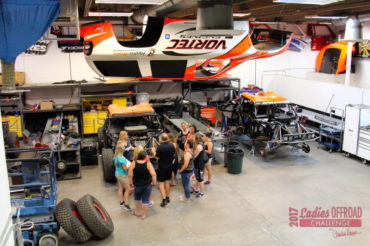 When a Trophy Truck returns from a race, it is first thoroughly cleaned so that it is easier to work on. Then, it is broken down piece by piece, and all of the important parts are replaced or fixed before putting the truck back together for the next race.

Geiser Brothers built the number 4 four-wheel drive Trophy Truck that placed 2nd in this year's Baja 500 with driver Justin Matney. With over 1,600 parts on a Trophy Truck, it takes many different people in the shop to put one together. In 2017, fifteen trucks in the 50th Anniversary of the SCORE Baja 1000 will be from Geiser Brothers. So, if you want a winning Trophy Truck, Geiser Brothers is the place to get one!